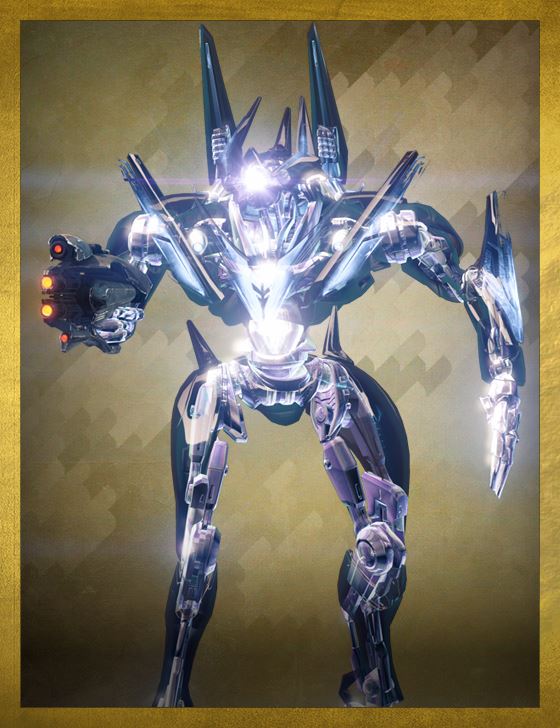 To speak of Atheon is to accept certain limitations. We are ill-equipped to understand an entity that defies simple causality. Let us accept these limitations and proceed.

Atheon waits in the Vault of Glass. Just as Atheon sidesteps 'past' and 'future', it is impossible to say whether Atheon created the Vault or the Vault created Atheon. Causal pathways converge on Atheon from every axis in the space-time bulk.

Atheon has a function. We hazard that it regulates and oversees the Vex conflux system. What are these confluxes? How do they relate to the physical Vex network that has devoured so much of Mercury and Venus?

We might guess that the Vex confluxes represent the extension of this network across space and time. Perhaps the Vex use closed timelike curves to solve unfathomable computations. Or the Vex may seek to transcend a physical substrate, and move their thoughts directly into the fundament of the universe.

If physics is a set of rules that the cosmos uses to calculate itself, perhaps the Vex seek to worm their way into these calculations: to become a law of reality, inseparable from existence. A virus in the system. Perhaps Atheon was the centerpiece of this project, a command nexus that unified efforts across time.

But we must accept that all of this is speculation.