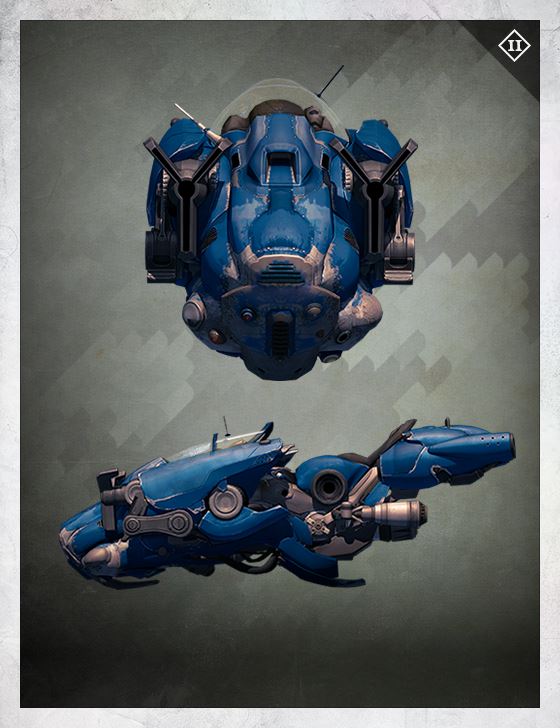 The Heavy Pike is a Fallen combat and demolitions vehicle. Unlike the standard assault Pike, the weightier Heavy Pikes are equipped with high-caliber twin-nose cannons and dual expel ports to either side that launch explosive devices.

Heavy Pikes should be considered a clear and definite danger when encountered in the wilds. However, should a Guardian, or Guardians, find occasion to utilize the Heavy Pike to their own ends, such behavior is highly encouraged.