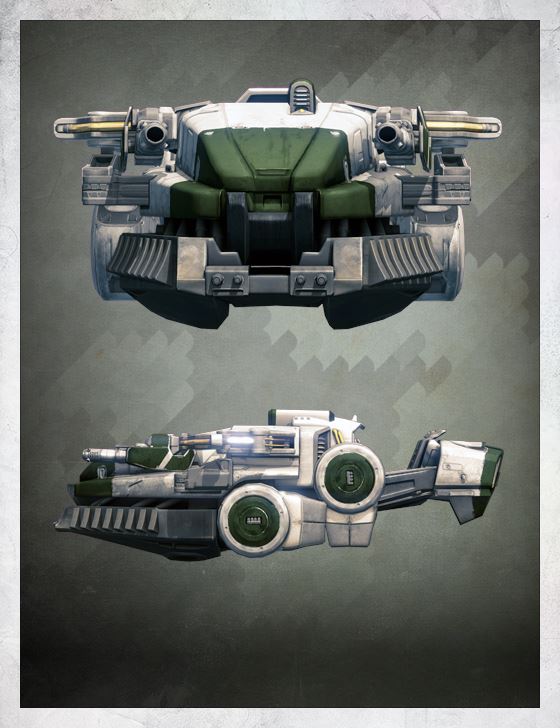 Though they lack the speed of a Fallen Pike, and their unwieldy shape cannot match the maneuverability of a Guardian's Sparrow, the Cabal Interceptor more than makes up for both shortcomings with firepower - a pair of low-velocity, high-yield anti-personnel/anti-armor cannons on articulated mounts. These weapons deal Solar damage.

Powered by a variant of the same boosters used in infantry jump jets and the massive Goliath tanks, Interceptors skate over the dunes of Mars, keeping close watch on the Cabal Exclusion Zone.