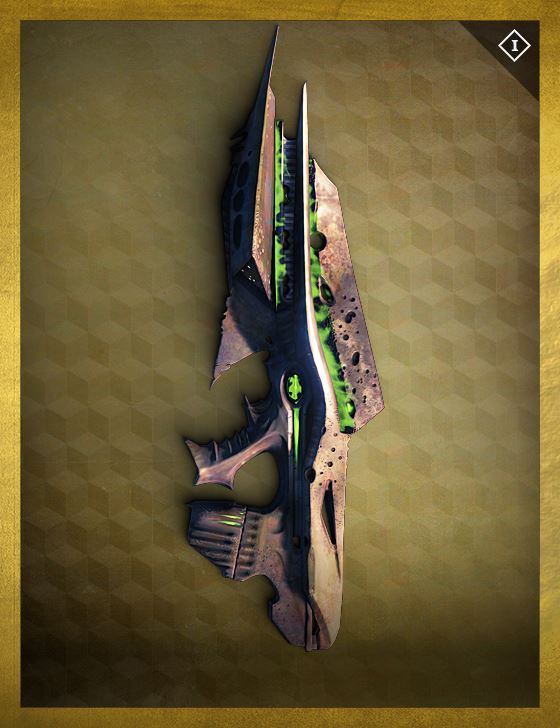 "Eternity is very close. Can you feel yourself slipping?"
The Weapons of Sorrow were believed to be nothing more than a myth. But even the darkest myths are born of some truths, and whispers of the Necrochasm have long filled the Light with dread.

It is said the Necrochasm was born in the twilight after Crota’s sword first cracked the Moon. That a lost Guardian’s weapon was altered by the Hive in an attempt to fuse their own dark understanding with humanity’s mastery of war. The result was a weapon that would feed on its owner’s aggression—reaching further when angry eyes drew focus, its hunger rising as it tore through bone and flesh.

Any Guardian who comes across the weapon must ask some very simple questions with endlessly complicated answers: Is your Light bright enough to stand, even briefly, in full gaze of the Hive's abyss? Can it handle what has died and been reborn in those shadows?