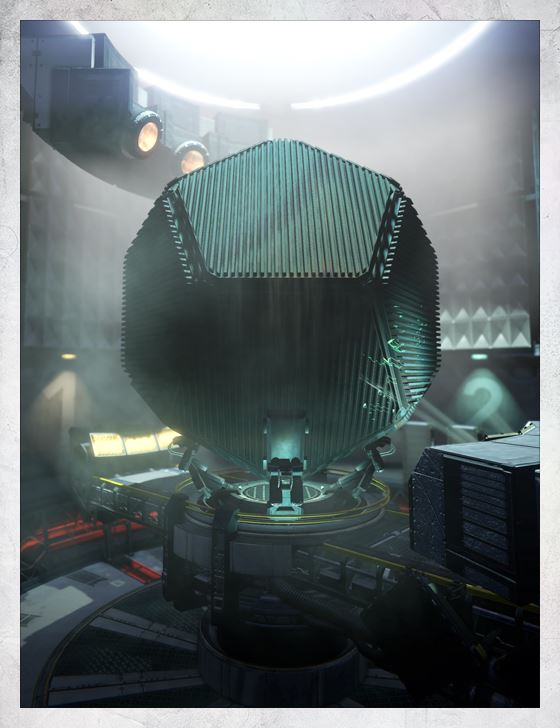 Documents recovered on-site listed this research station only as "K1", although the location was hard to keep secret, given the intense electromagnetic fluctuations emanating from what City scholars have come to know as the Anomaly. Attempts to scan the Anomaly itself have proven futile, as the casing is constructed in a manner that defies modern techniques.

Reports suggest that those who spent time in proximity to the Anomaly reported symptoms of insomnia, some so severe they required hospitalization. It was the City's recommendation that only remote sensing equipment be used until such time that a full review of the existing data could be completed.

In the meantime, stewardship of the facility was handed over to the Guardians in order to maintain a watch against the Hive forces that will inevitably come in search of this mysterious power.