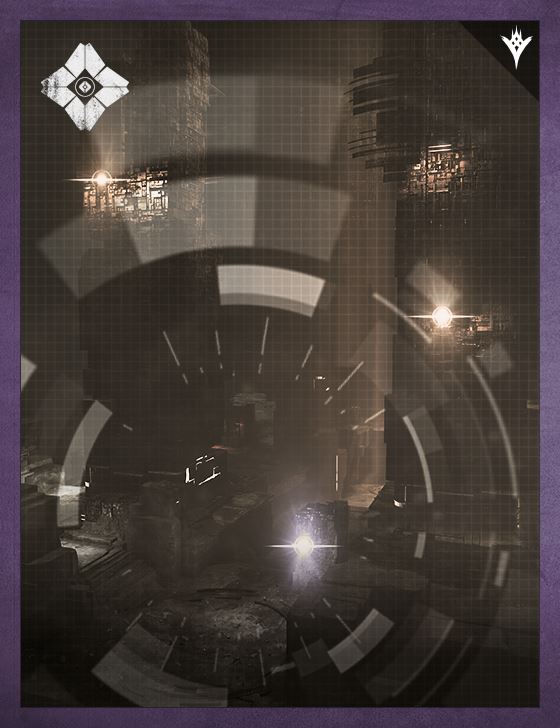 Images flicker in and out repeatedly over its length. The result is a series of tableaus, moments in time captured by the Ghost's struggle to see what's going on:

- The face of an Exo, staring impassively down at the Ghost from very close. He appears to be confused, unsure what he is looking at.

- A landscape, from a position a few feet off the ground, moving laterally to the point of view. The Ghost appears to be clipped to the Exo's belt. The image is of a battlefield, and over two dozen Exo soldiers can be seen marshalling for battle.

- A chaotic scene of Vex and Exos fighting a titanic battle. The backdrop is a pitted and scarred landscape, a planet unidentifiable from present context. Vex energy bolts hang in midair as the frames click by, teeming masses of constructs surging towards an entrenched line of Exo soldiers.

- A metallic leg and boot, belonging to a Vex Goblin. The Exo goes down.

- The horizon of this battle-scarred world, the Ghost kicked free of the Exo's body. Most details are obscured by dark and shadow, but one detail is easily made out: a massive crashed spacecraft. The last image: a sigil of Golden Age Earth, emblazoned on the side of the ship's prow.

Mystery: The Vault of Glass 3