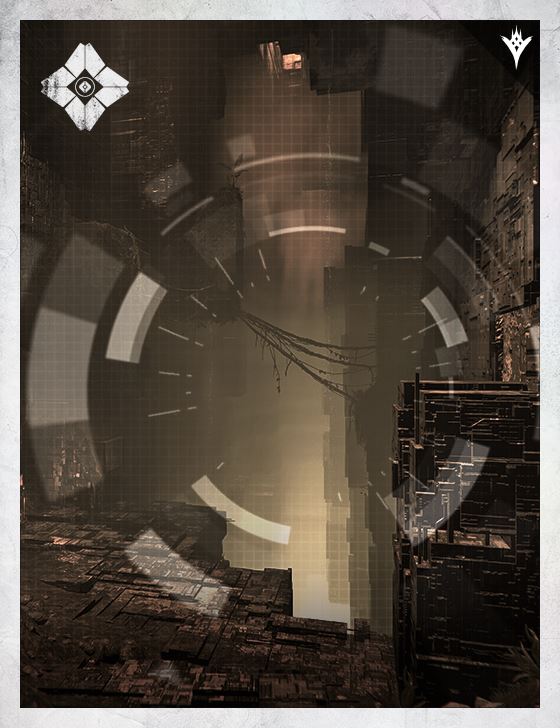 The image clears of dirt and dust as a hand wipes the lens clean. A figure holds the Ghost up, looking into the lens. Harsh light from an unfamiliar sun backlights the four-armed creature, making it impossible to see its face. Its massive head turns, and a clicking and chittering voice can be heard speaking to something off-screen. While the noises themselves are harsh, the tone and content seem almost gentle. A curious creature, not a violent or angry one.

The lens refocuses beyond the creature's head as it talks, and a startling landscape climbs to the horizon. It's a paradise. Carefully tended lakes and rivers, water everywhere, wind their way between fields of lush iridescent crops and into groves of starkly colored trees. Every inch of the land seems engineered, brushed by a sculptor's hand for form and function both.

The sky is a light pink, spotted with clouds and crowded with ships. Thick lanes of aerial traffic soar through the air, tightly managed and seemingly endless.

And beyond it all, above the clouds, hangs a perfect alabaster sphere. The image wobbles, shaking, flickering as if the Ghost is blinking. And the fragment ends.

The Wolves of Mars