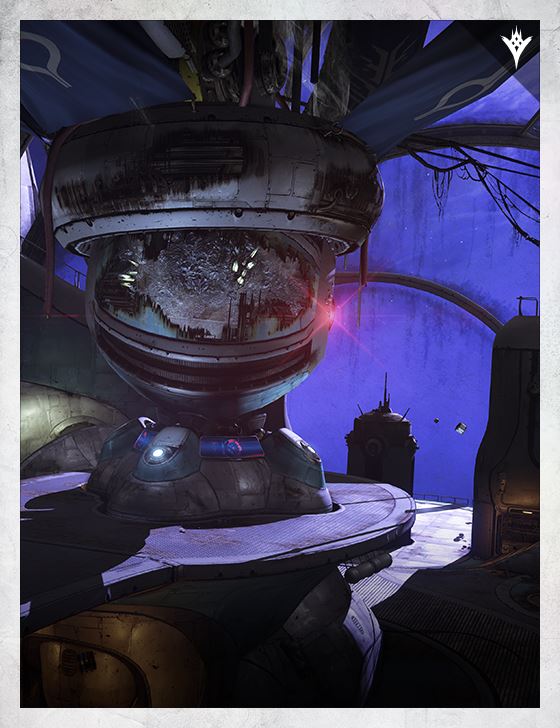 Hive incursions in Reef space are rare, but as with all wounds the Hive inflict, their effects linger.

“The Drifter” is a Ketch that faced such an infraction. The attack rendered its Servitor inoperable, overwhelming all self-repair subroutines, and so what remains has quietly been added to the graveyard encircling the Reef.

Lord Shaxx decreed live combat within the layout of such a prominent Fallen ship design would be invaluable, and the Crucible claimed it soon after with no word of disapproval from the shattered Reef.