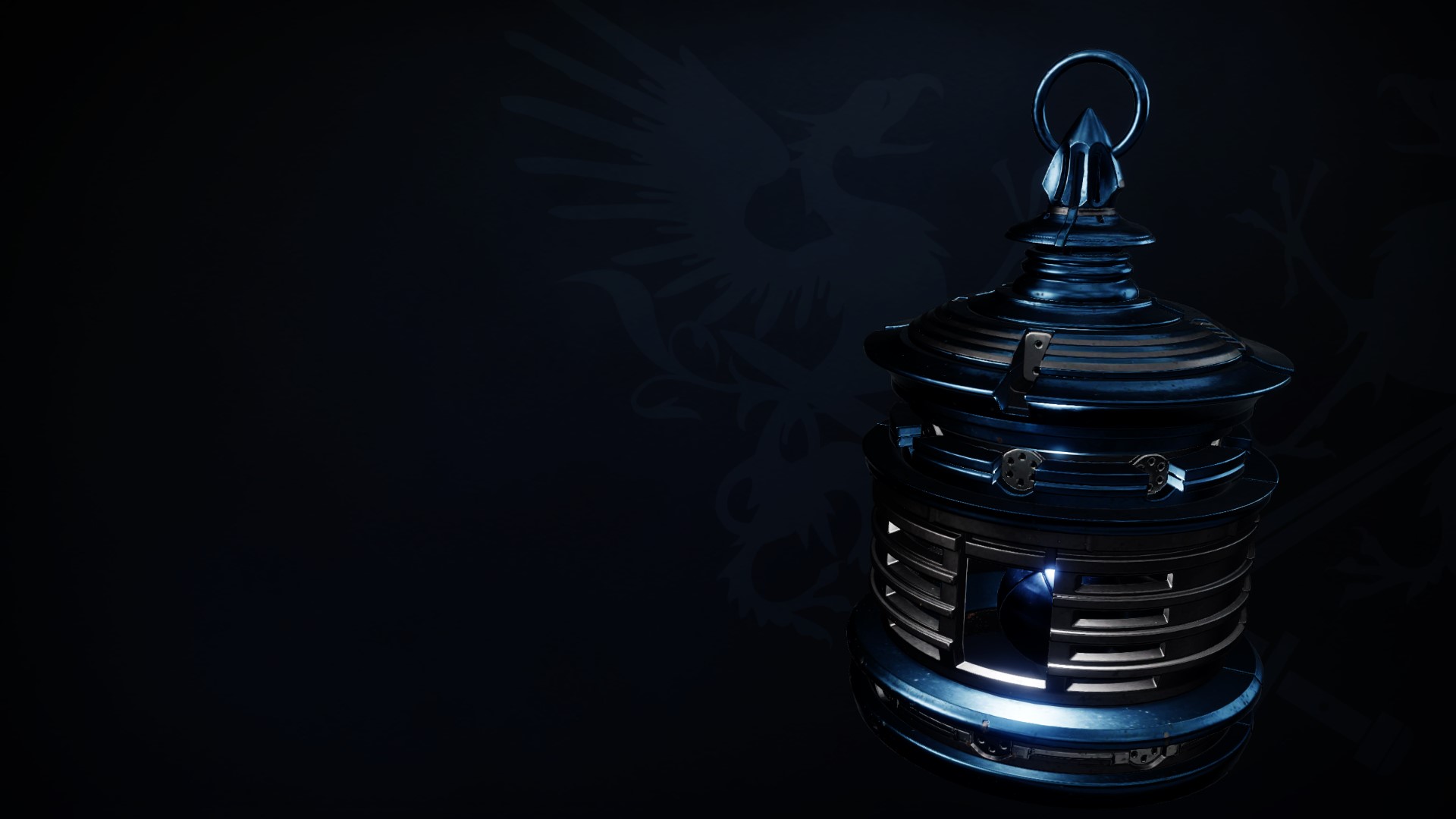 This style of Cabal war bell, known as the Bell of Conquests, is a standout example of the traditional combat artistry known as scal'sangus—literally "blood etching"—popular during the Era of Lead, before the Cabal extended their reach beyond their immediate star system. These objects commemorated martial feats and personal victories but varied widely in appearance. Peasant mercenaries often simply stitched the carved teeth of their defeated foes into their leathers; those with more resources sometimes claimed the entire torsos of vanquished opponents to preserve, lacquer, and display as busts.

The Bell of Conquests was a less grisly chronicle of the victories of its owner. Unadorned bells were given to warriors at their first blood. Those who wished to challenge a warrior in combat would request their bell and ring it seven times.

As warriors collected victories, they could have artisans decorate their bells to commemorate their glories. These adornments allowed the bearers to call upon benefits for honorable combat related to their past victories: a warrior who had completed the Trial of Beasts could bring a trained war beast into a duel; a survivor of the Flayed Night was allowed to cut their opponent twice across the stomach; those who had withstood the Cold Iron Mouth could coat their blades in caustic white ash.

Defeating the bearer of a war bell entitled the victor to claim the bell as their own. The clapper of the bell would be carved with a shallow engraving representing the previous owner's cause of death. Ownership would fully transfer after the engraving had been worn away by new challengers ringing the bell. At that point, all the privileges the bell bestowed upon its former owner would be granted to the new holder. For this reason, elaborate war bells were both highly sought after and heavily defended.

War bells continued to be carried into the galactic-colonial period, and their decorations became even more refined. Intricate mosaics pressed with precious gems became symbols of wealth and granted further allowances in duels, while also creating a larger incentive for would-be challengers. As the scale of warfare increased, the logistical difficulties of claiming war bells became apparent. Captured war bells were sometimes melted down en masse and recast as elaborate war gongs, and there were specific rituals in place for spacefaring rivals to ring the gong in challenge.

In the post-Red War Cabal, few soldiers adhere to the tradition, as the Bell of Conquests is seen as a cumbersome relic. Nevertheless, they may still find a place of honor aboard the ships of those who wish to respect the combat traditions of their ancestors.