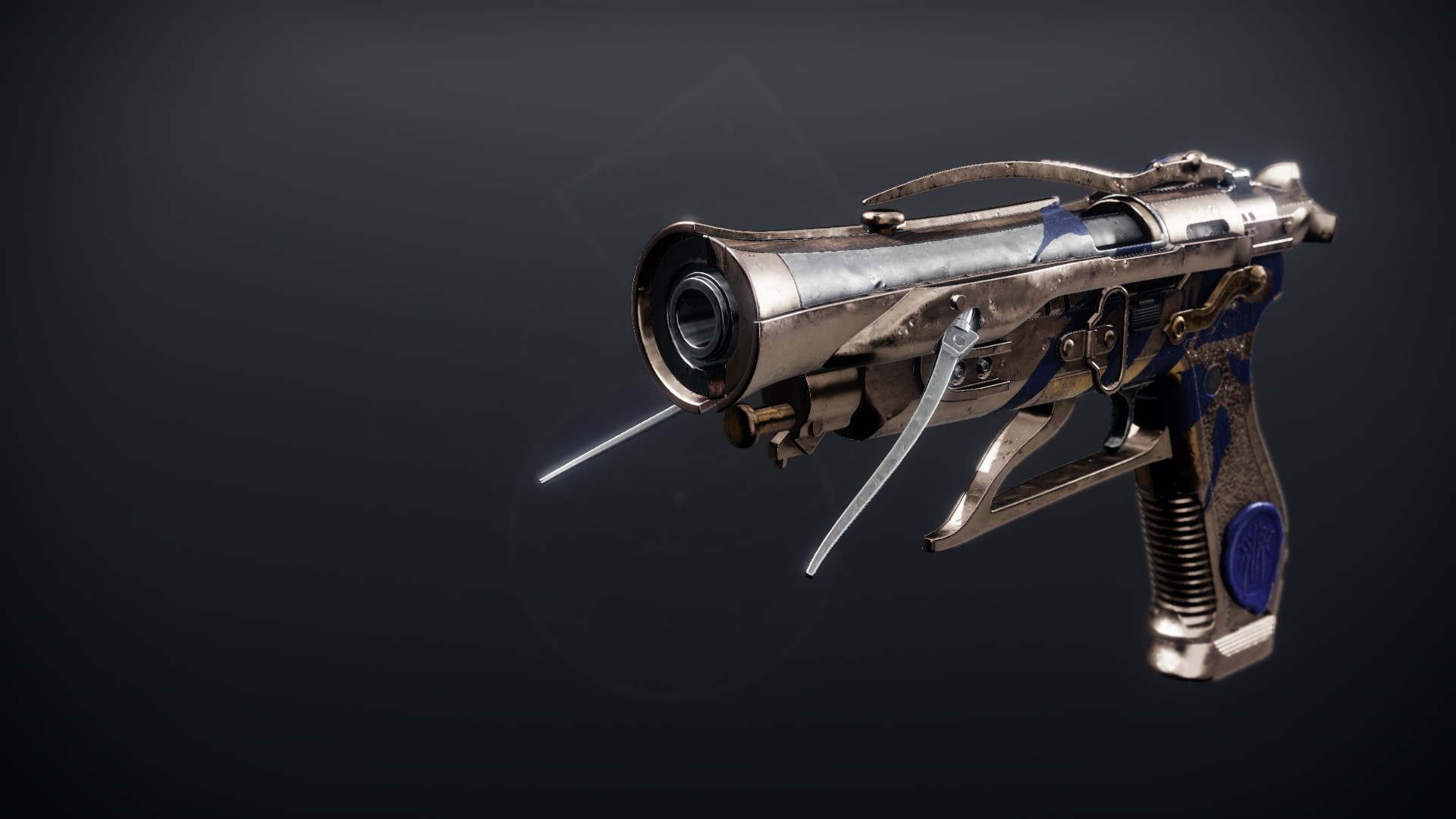 A glutton for punishment.

Val'aug pondered the elaborate sidearm in her hand. She had taken it from the Dreg currently pinned to the ground, squirming beneath her massive boot. During her time in the Red Legion, she'd envied the ornamented weapons of the Fallen. But now, holding this scavenger's pistol in her hand, she suddenly yearned for the reassuring heft of standard-issue Cabal weaponry.

When Val'aug defected to start her own company, she imagined the glory and profit that awaited her. She imagined inscribing her name across the history of the Sol system. She imagined true freedom.

But the reality of her pirate fiefdom was less satisfying than she had anticipated. Her headquarters? A filthy hovel carved into the side of an asteroid. Her arsenal? A patchwork of discarded weapons in various states of disrepair. And her crew? Thieves and cutthroats who would try to usurp her at the slightest display of weakness. So much for freedom.

Over the years, her thirst for glory was replaced by the grim need to maintain order—to keep what little she had from the claws of her fickle "allies." Including the pathetic Dreg now pressed against the barren asteroid.

True, he was just a small-time cheat, acting out of simple desperation. But out here, there were no allowances for clemency, regardless of infraction. There was no room for justice in a place like this—only punishment.

She chambered a round in the Dreg's pistol and sighed.