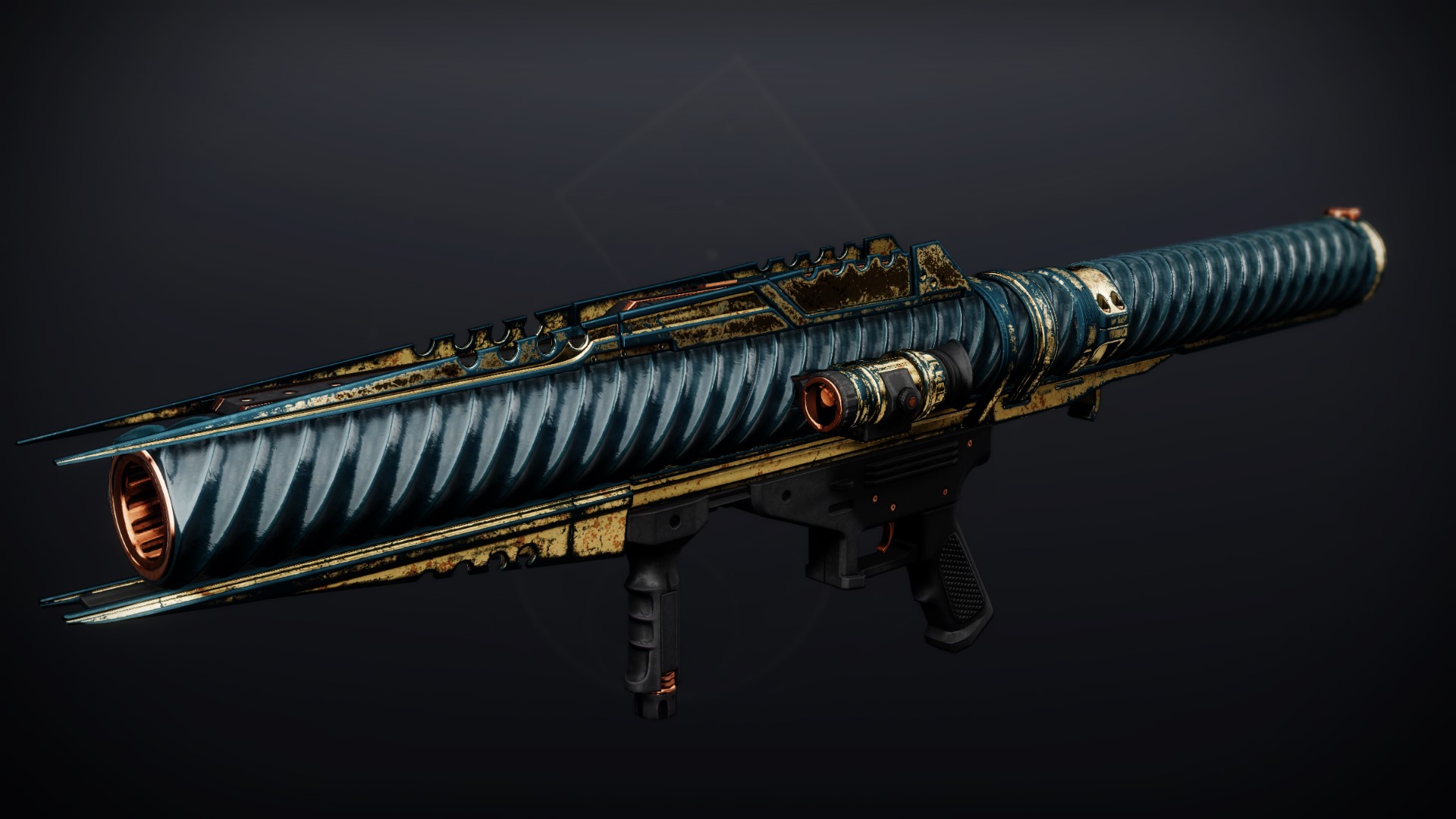 An unfinished inscription runs along the barrel: "Tlamus, she who—"

There is a story of two weaponsmiths, both skilled at their trade.

One smith, Dhutus, worked with metals she pulled from the mountains herself. She tooled the rifling in her barrels with the steady hand of an artisan. Her dyes, cobalt and ichor, shone bright as beetleshell.

The other, Gharhet, came from the distant plains. He traded for his wares and sold them dear, and thus he amassed great wealth. He embellished his goods with a rich lacquer the color of flame.

When the Primus called for the strongest warriors to serve, the district knew the fighter Tlamus—who had broken all challengers with her keen aim and powerful frame—would represent them. Both Dhutus and Gharhet wished to outfit her with their finest pieces, as having a warrior of her status wear their colors would bring them great honor.

Gharhet procured for her a Slug Rifle with bright orange plating, and Tlamus wore it proudly across her back.

Next, Dhutus crafted a Shotgun, metal burnished deep as night with bright vents along the sides, and Tlamus brought it into battle.

In response, Gharhet bought a helm with thick plating and stout antlers the color of a sunset, and they were soon stained with the blood of Tlamus's foes.

And Dhutus saw no end to this. Her shoulders ached from working the forge, and her hands were blistered by burns upon burns.

So Dhutus issued to Gharhet a challenge, and as he knew no one would raise the weapons of a coward, Gharhet accepted.

The next dawn found Dhutus on the battlefield waiting for her rival. On her shoulder was her finest weapon: a Rocket Launcher, its barrel a twisting column of seashell blue with gold trim, built as a gift for Tlamus but now wielded by its creator.

From across the field, a figure strode forward to meet Dhutus—but it was too wide to be Gharhet; too tall, too muscular. He had bought a champion to fight in his stead.

An orange sash was draped carelessly across her chest and dragged in the dust with each confident step. Studded orange leathers bound her massive arms and thighs. Strands of coral beads hung from her tusks.

She greeted Dhutus with a fist to her chest. "I am Tlamus," she said, "chosen of Gharhet."

Dhutus could not find her voice, and then Tlamus drew one of her beautiful, terrible weapons, and the rite was soon concluded.