Categories
Added In
Season of the Forge
Associated Item 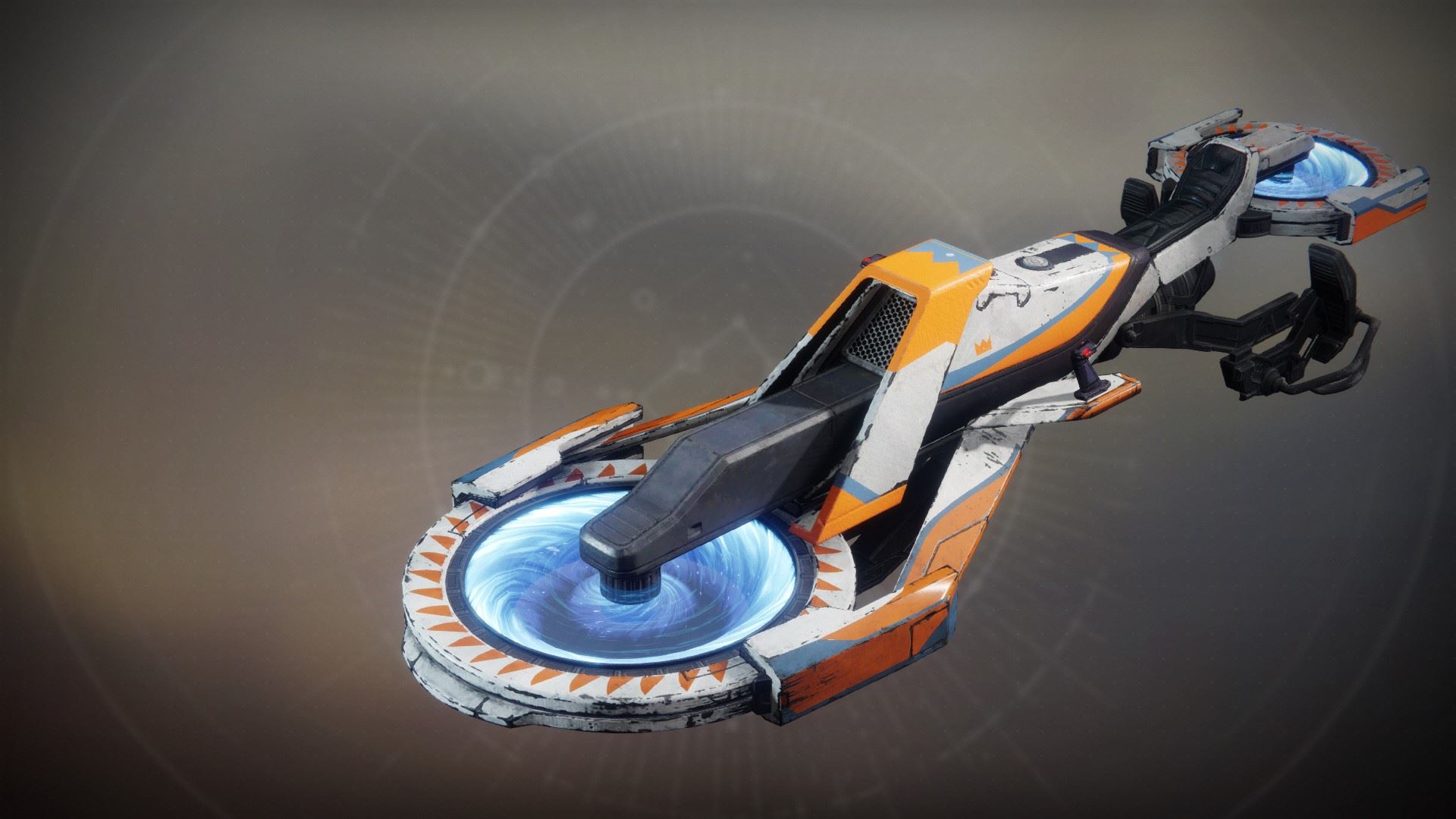 There's no recognizable maker's mark. Just a "1" stamped onto the side.

Right out of the gate, Marcus is in the lead.

"You're welcome," he shouts, "for the great view!"

He zips ahead, laughing. He waits for the next lap to fall back again beside Enoch. Didi tries to amp the volume on the announcer feed, but Marcus doesn't want to hear it. He mutes the line.

Under his helmet, Marcus grins. "I don't think this is one of those 'tortoise and the hare' things, Bast," he says. "I—"

A Sparrow shoots by them so fast that Marcus almost loses his balance.

For a second, he just stares. Then he flattens himself against his handlebars and guns his thrusters. He doesn't recognize the Sparrow, nor the rider. But that won't matter when he closes the gap…

Half a lap to the finish line, and he can't make up the lost ground. The other rider just pulls further and further ahead.

This time Marcus doesn't stop Didi when she maxes the announcer feed. "Looks like Ren's going to be eating dust today, folks!"

The win goes to "Jane Doe," who doesn't stick around to claim the prize money.