Categories
Added In
Season of the Worthy
Associated Item 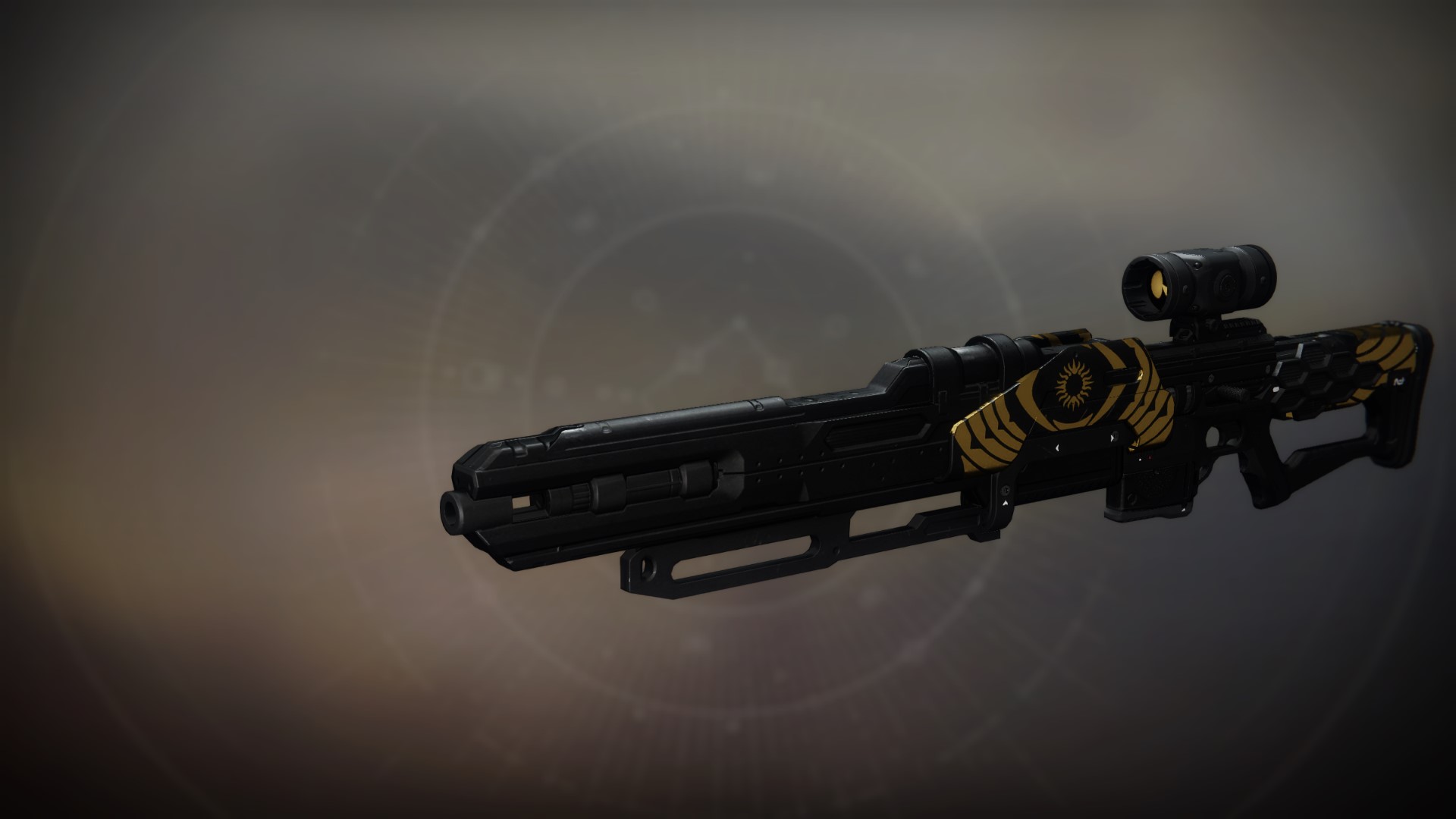 "The sun took my sight; thus, the sun became my eyes." —Parables of the Allspring

It was Crimiq-5's honor to hold the flank. Sun at his back, there was no better position to provide overwatch in the Burning Shrine. He was the watchtower, and none would escape his vigil. Curt radio chatter signaled his fireteam's advance as he called out enemy maneuvers. Crimiq-5 watched tense bursts of movement and exchanges of fire as his team jockeyed for position.

Sola had ripped through their previous opponents with off-putting ferocity, and Crimiq was ready for this to be their last match of the day. He looked over her through his scope. Sola's silhouette marinated in an eerie shimmer that distorted the air as she moved. He stilled his body and sent a shot over her head to force an opponent back into cover.

"Aiming a little close." Sola sent a glare over her shoulder into the sun.

Crimiq-5 moved his scope off her. "Duck."

Katake's voice screeched out of existence as the lightning overtook him and Saint bellowed. Crimiq saw a bright flash burst from the hallway leading toward C-point.

"Be advised, I'm leaving the perch. Moving to trade for Katake."

He slid into position and snapped his trusted long rifle down lane. His sights found an unlucky Titan, lightning still crackling from their armor.

"Fate Cries Foul for you, brother." The shot hit squarely, and the Titan dropped. "Sorry I couldn't save you Katake. Next time."