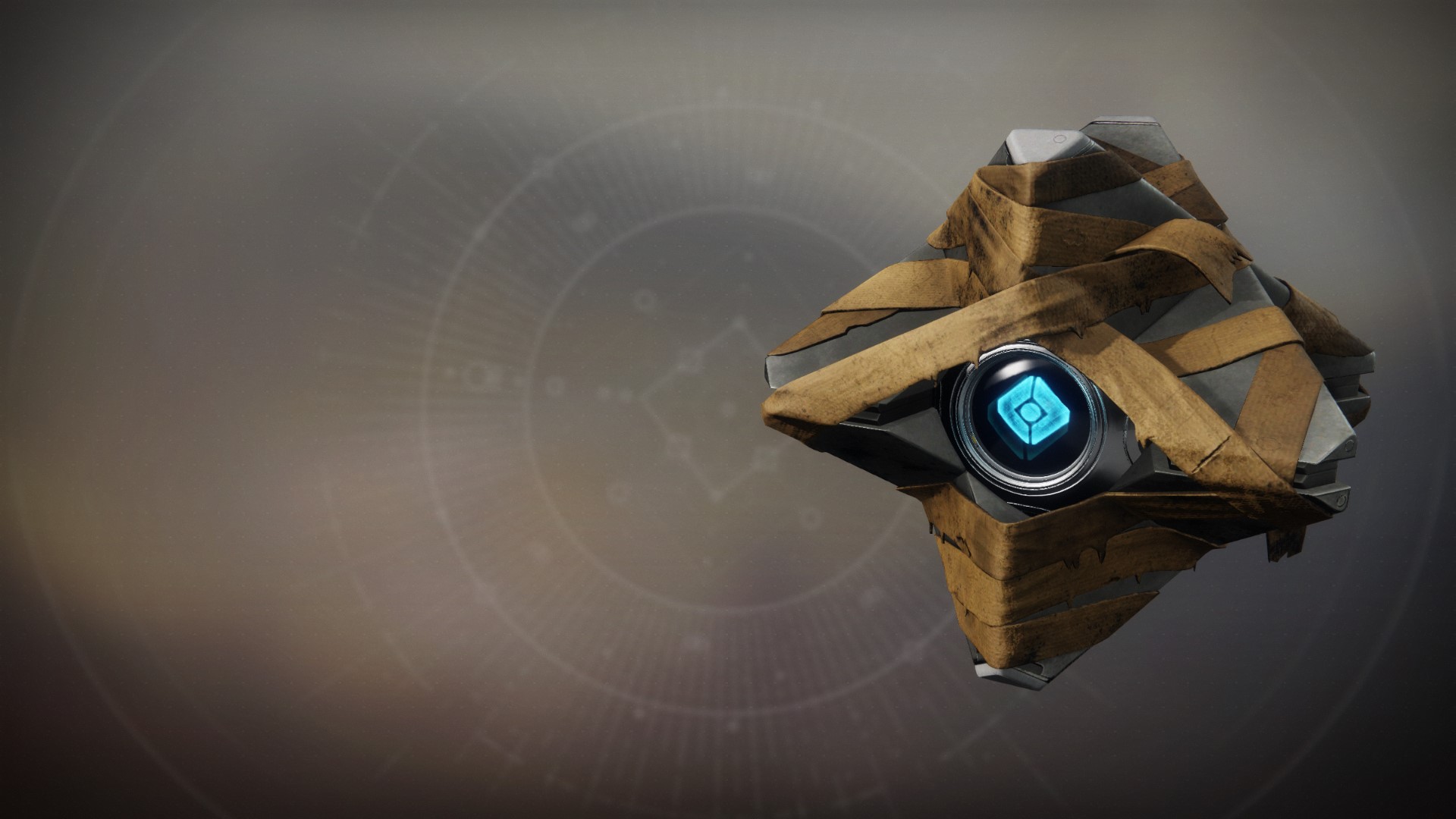 For Ghosts who were torn from the tomb.

"Give me a hand with this," Sagira said as she floated into the cockpit of Osiris's ship. "Come on."

Osiris grumbled but dutifully held one end of the long bandage as Sagira spun in the air and wrapped the rest snugly around herself.

"There are other creatures for you to emulate besides this foul revenant," Osiris said with disdain as Sagira pulled free to check her reflection in the dark windows of the ship. "The world has no shortage of monsters."

"But none are as terrifying as the ghoulish mummy!" Sagira cried, her voice rising in a wavering howl. "Risen from the dark sands; unstoppable in its search for revenge!"

Sagira moaned and lurched through the air, her bandage flapping behind her. Osiris did not move and allowed her to clunk against his headdress.

"Ridiculous," Osiris said flatly, but not without affection. "What is so appealing about a tortured being consumed by hatred for all eternity?"

"It teaches us a valuable lesson," Sagira said. "If a man does not embrace his past, he has no future."

Osiris considered Sagira's words. "That's clever," he said. "Did you come up with that just now?"

But Sagira only cackled ominously and floated away.