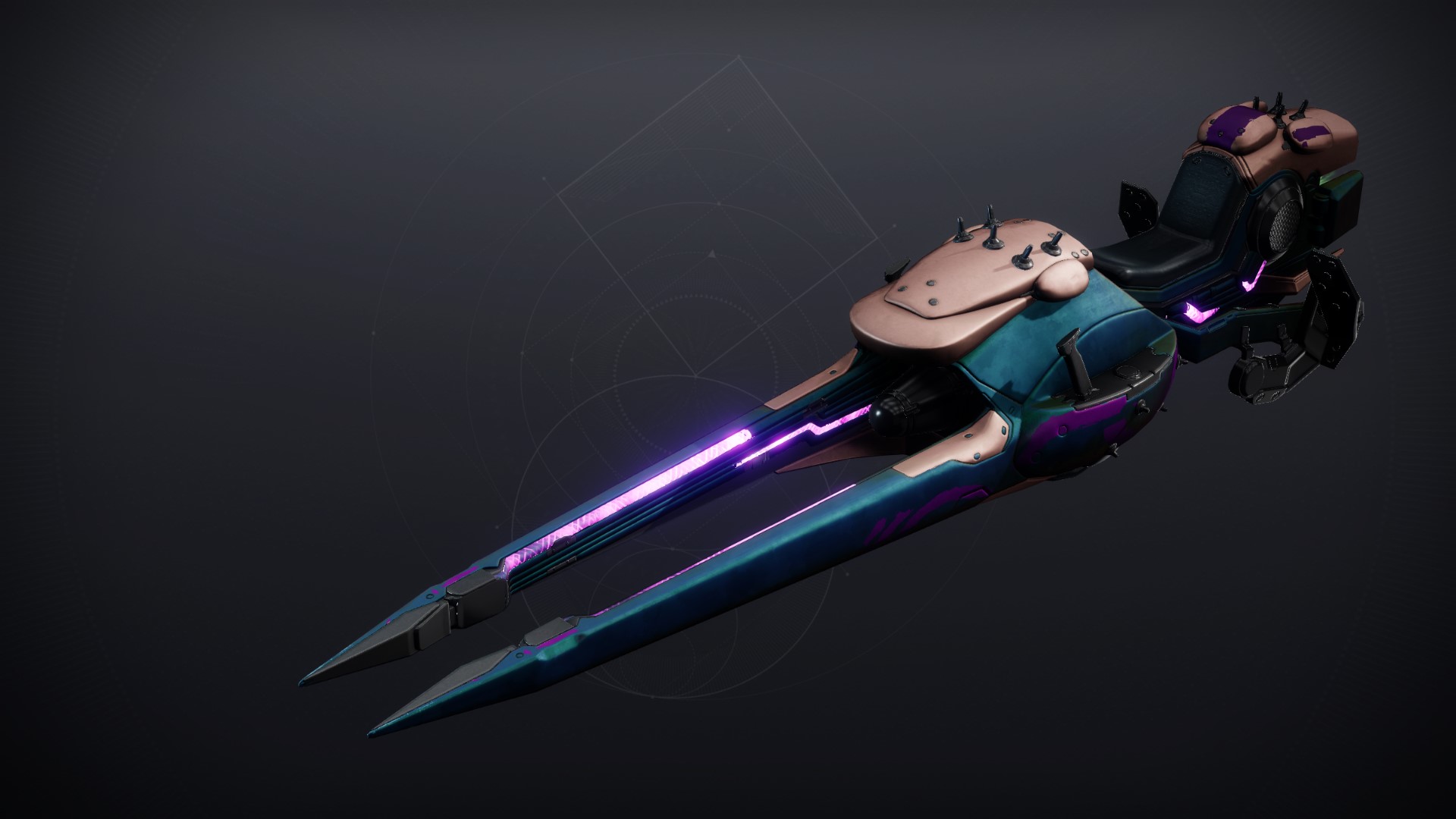 "No! This one goes here, that one goes there!" —Amanda Holliday

Amanda Holliday sat cross-legged on the floor of the Hangar, hands propped on her knees and elbows bent as she leaned forward. Showering sparks rained down on her clothes and bare arms, mutedly reflected in her welding goggles. The prickling sensation of the sparks on her skin was comforting, familiar. So too was the half-finished Sparrow refit her new assistant was working on. But the assistant? That was taking some getting used to.

"I don't know why this is so surprising," Amanda said as she looked over at the Eliksni Vandal working a pair of arc-welders held in four hands. She laughed to herself, rubbing her cheek as a spark bounced off it. "Always wondered how y'all built stuff so fast."

The Eliksni engineer—Niik—winked three eyes in Amanda's direction before returning her attention to the welding work. "Easier see too. No eye-shields," Niik explained with a smile. "Eliksni eyes-quick better than Human." Then, quieter, "Not as much as before-home, but…"

"What do you mean?" Amanda wondered. Niik stopped welding, set her tools down, and reclined back with two hands on the concrete floor and two folded in her lap. She looked up at the ceiling and sighed a faint Ether mist.

It was Amanda's turn to sigh, more so in regret than Niik's sigh of patience. "You ever ridden a Sparrow before?" she asked in an attempt to change the tone of the conversation. She hadn't considered the question before asking it.

Niik shook her head and focused her attention on the half-finished machine in front of her. "Too small," she said with a shrug of her upper shoulders. "Pikes stronger, but quick-run."

Amanda couldn't help but laugh at that. "Darlin'," she said through the laughter, "ain't no Pike faster than my Sparrow."

Niik's eyes lit up, and she sat forward at the perceived challenge. Amanda remembered the last radio conversation she had with Crow, an Eliksni phrase he used. A friendly challenge. Her pronunciation was not quite right, but the intention was. Niik delighted at the interaction.

"Your boasts are hollow-hull," Niik said with a growl of laughter and clambered up onto one knee. Amanda's eyes widened for just a moment when it looked like Niik was going to pounce on her. As if she had somehow said the wrong phrase or challenged the Vandal to a duel. No weapons were drawn, however. Instead, Niik offered two hands to help Amanda up from the floor; she pulled her up with ease.

"Are we gonna… race?" she asked with a nervous flutter of laughter and crooked smile.