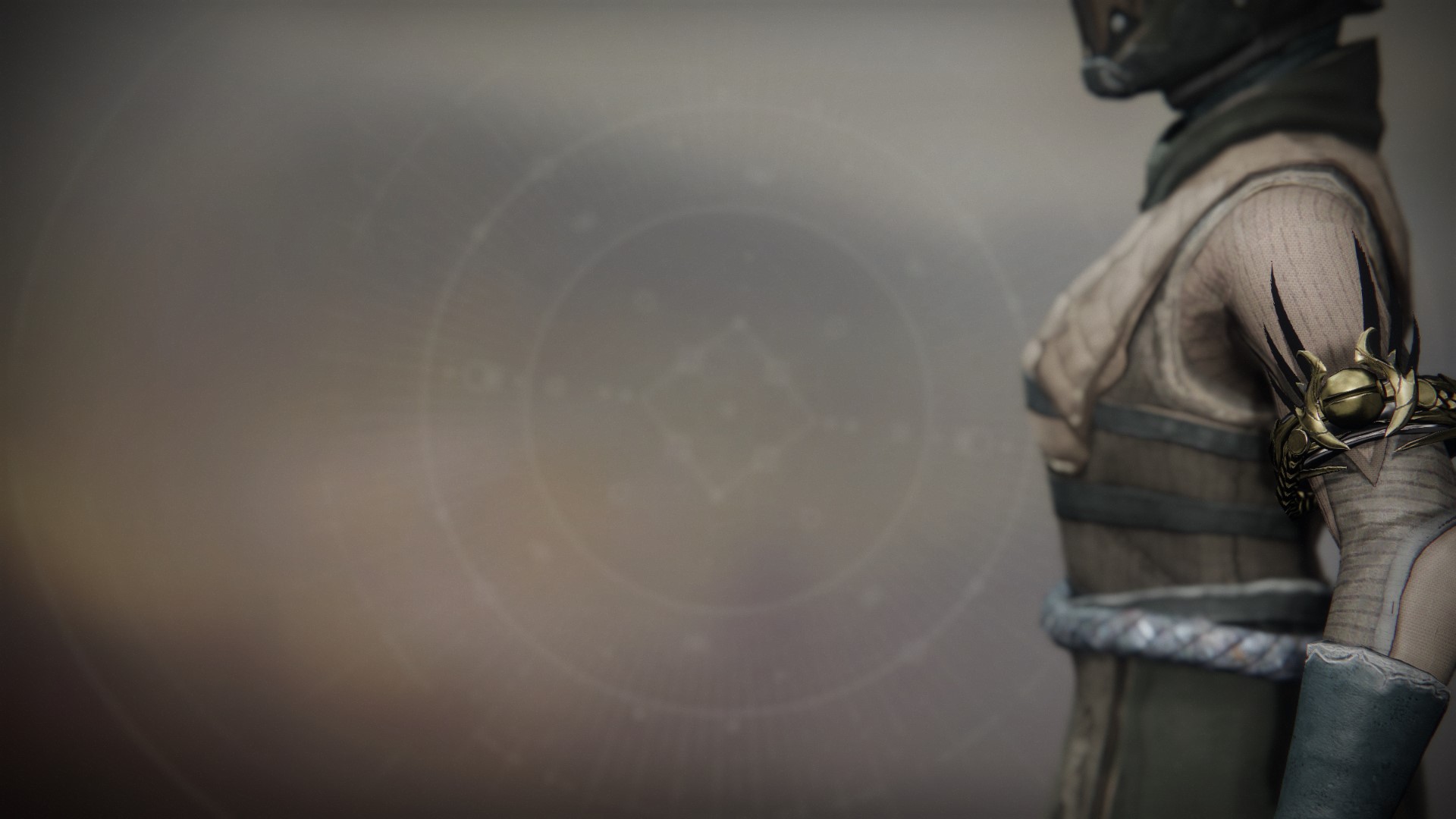 Complete patrols on Titan, defeat combatants in the European Aerial Zone, and land Arc Super final blows on opposing Guardians in the Crucible or Gambit.

While Ulan-Tan was certainly unpopular within the ranks of the Guardians, he became persona non grata with the publication of a pamphlet entitled, "Finding Light in the Darkness." Though it was anonymously authored, the ideas within were widely credited to Ulan-Tan, and he bore the consequences of its publication. The most provocative ideas within the pamphlet were as follows:

"Light cannot exist without Darkness! They are a bonded pair. They beget each other in eternal Symmetry. They are as One!"
[…]
"If we claim Knowledge from Sister Light, then we must also claim Knowledge from Brother Dark. The Traveler shares only half of Life. Darkness provides the rest! We must know the Dark to know ourselves. We must Balance or Perish!"

The idea of embracing the Darkness, even to learn from it, was the final provocation. One that the Vanguard could not let stand. So, while the true provenance of the document remains unknown, punishment was meted out against Ulan-Tan for having "let the cat out of the bag."

Though authorities throughout the system attempted to discredit Ulan-Tan, essentially forcing him into hermitage for the latter half of his life, it speaks to the persuasiveness of his ideas that Symmetry is still a widely studied philosophy. It remains as controversial (some would say "heretical") today as it was during its inception.