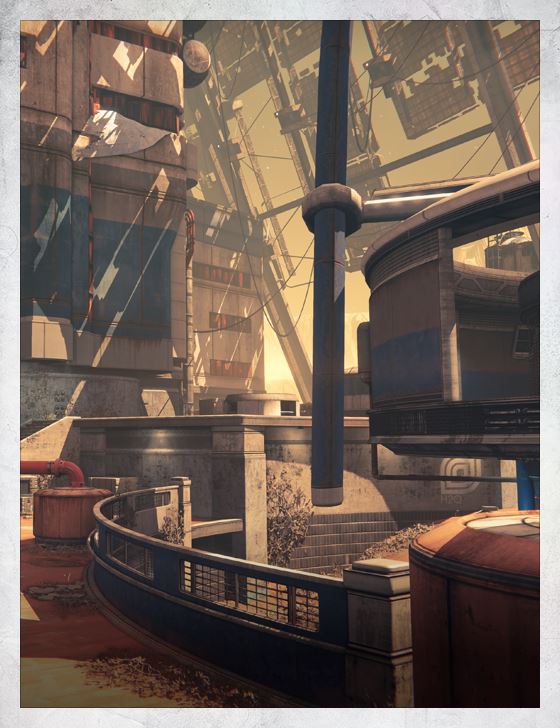 The Blind Watch was once a clandestine Guardian outpost on the outskirts of Freehold, used to monitor Cabal activity in and around the Buried City. After the Cabal consolidated their forces nearer their fortified Exclusion Zone, the site was reclaimed by the Crucible as a combat training ground.

Resting atop an old Clovis Bray science facility, the Blind Watch allows Guardians to acclimate to the harsh Martian environment, while maintaining a combat ready presence should the Cabal ever begin to mobilize.