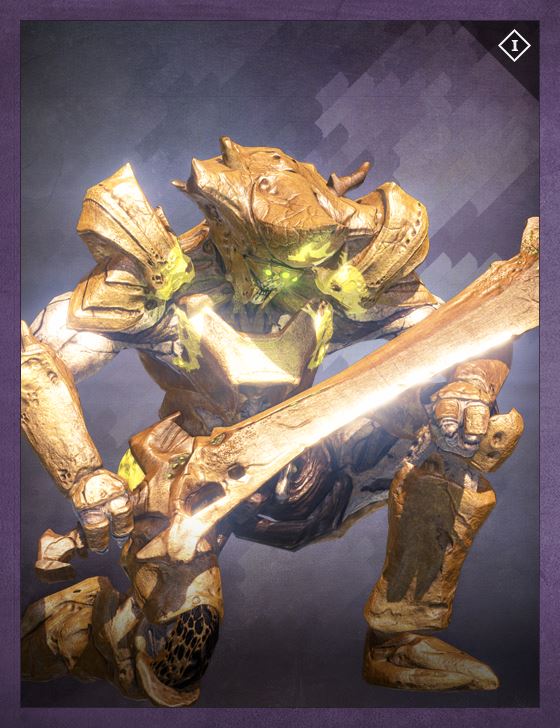 "By pleasing their gods, the Hive carve scars on the fabric of our realm."
-Toland, the Shattered
Among the lesser Hive, there is no higher honor than that of the Hated.

Not all can be hallowed, fewer still gods, but all can do their part to smite the Light. The Hated, though, holds a unique place among the Hive. It is a singular position. Only ever one. And the emerald marrow on its blade is not from combat, but the ritualistic execution of those the Wizards have deemed Forsaken.