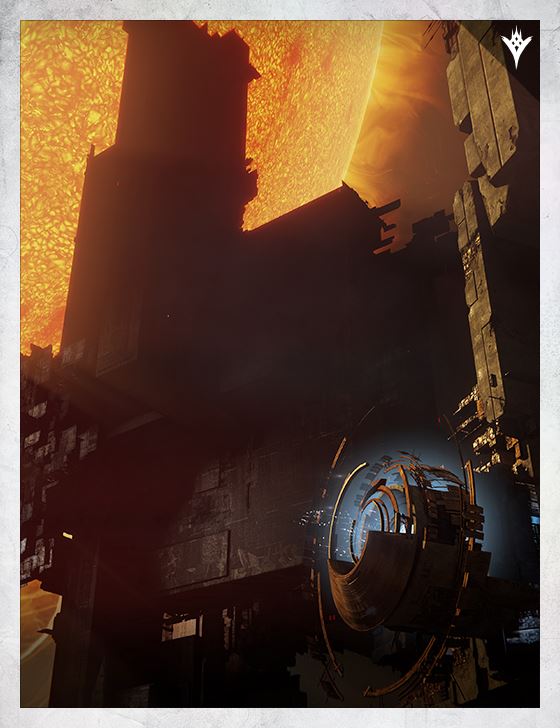 When the Vanguard launched its first waves of exploratory ships to Mercury, it found that the Cabal fascination with the Vex isn’t contained to the warfronts of Mars. The Guardians discovered a small fleet of Cabal dropships hanging in place alongside a collection of unique structures. Their propulsion systems were slaved in sequence to keep the ships there indefinitely. The fate of the Cabal is as mysterious as Vertigo itself— the Guardians detected no catastrophic malfunction, no disease, and no bodies aboard any of the fully-supplied ships.

As for the structure, upon recent inspection by Lord Shaxx himself, the Crucible Handler sent a recommendation to Commander Zavala and the Speaker: “The verticality will do wonders for new recruits. It’s time to fight."