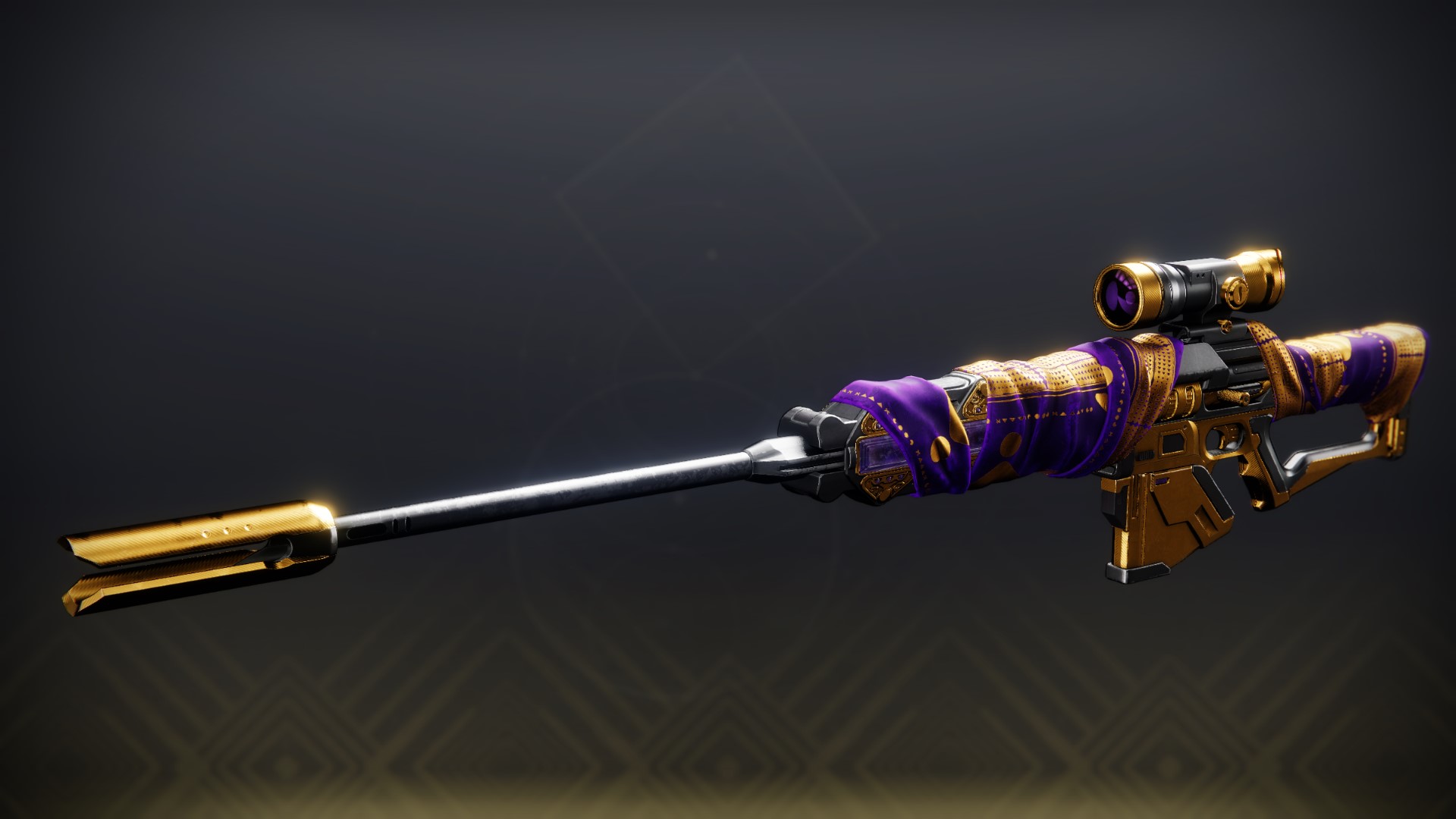 An Earth artifact, refashioned to suit the Spider's eclectic tastes.

"You are late. This is an insult." Brivi, the Eliksni leader of Spider's road crew, leaps from the back of his Pike. He brandishes his Wire Rifle with his lower arms and bristles his helmet quills to emphasize his grievance. "The Spider expected this shipment yesterday."

The Human smuggler shrugs in irritation. His steely eyes bore into the glowing lenses of Brivi's helmet. "I don't give an Ogre's steaming turd what the Spider expects." His hand drifts towards his Sidearm, resting gently on its handle. "If he has another way to get City Age gear out of the Tower without the Guardians noticing, he's welcome to try."

The three other members of Brivi's crew snarl at the insult and power up their Arc weapons. Brivi holds up one of his upper arms to stay their tempers. Killing this Human would only further anger the Spider. "Show your wares."

The smuggler snorts. He opens the cargo hatch on his jumpship with a depressurizing hiss, revealing several crates of gleaming weapons. He smirks with derision as the road crew's demeanor instantly changes from hardened gangsters to kids in a candy store.

They immediately begin fondling the weapons, admiring the City Age craftsmanship. Brivi picks up a brass-colored Sniper Rifle bundled in rich purple cloth. Its fine scrollwork and elegant barrel make it seem more like a musical instrument than a gun.

Beside the Human weapon, Brivi's scrap-repaired Wire Rifle looks pathetic and disheveled. He resents its shabbiness. It reminds him of why Humans call his kind "the Fallen."

Brivi drops the Sniper Rifle to the floor with a careless clunk. "Load this junk," he growls, "so we can go."

An Evolution of Faith