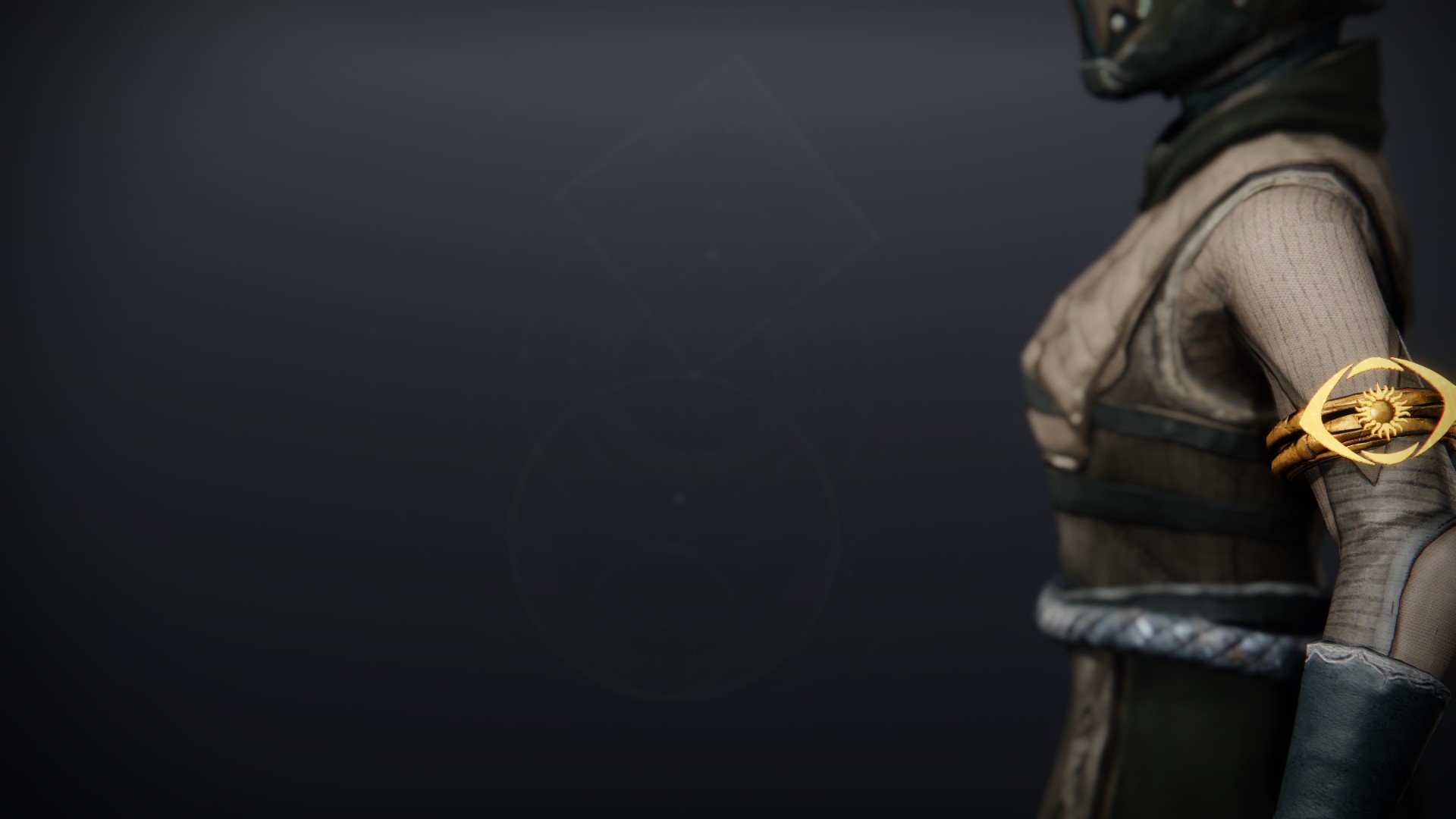 "With the Consensus disbanded, there's no telling how long this could take to go to trial. Given the current… situation? We might all be dead before that happens." —Vanguard Security Report Excerpt

"The first steps to healing are learning to forgive yourself. That's a hard one, I know."

Doctor Syeda Uzair sets her datapad aside, then sits forward in her chair. She folds her hands in front of herself. A tiny, beaded chain is wrapped around one hand, and a small bone charm of the Traveler is pressed into her right palm. "Shayura, whether or not a court of law finds you guilty of your actions in any measure, you are still held accountable to the court of your own conscience."

Across from Doctor Uzair, Shayura is slouched in her chair. She stares past her doctor, out the narrow windows, and looks to the looming figure of the Traveler hanging in the sky. It seems so much bigger compared to the projections she chooses to display in her cell.

"Who judges them?" Shayura asks, motioning to the window with her chin. To the Traveler.

Doctor Uzair turns, glancing over her shoulder at the Traveler. Her grip on the charm tightens. "I don't know," is her immediate answer, but the question will burrow its way through her mind, surfacing again when she lies down in bed tonight. "I understand the Human condition far better than a god's."

"Maybe the Traveler abandoned us because it's ashamed of us. Of what we've done in its name." Shayura's voice is small, weary. An alert flickers on Dr. Uzair's datapad, momentarily drawing her attention away. Shayura fills the silence with a sigh.

"Maybe," Doctor Uzair says, though she doesn't believe it. "But, maybe we're all just short on hope these days. I'd like to extend our session a little longer, if you're willing. Would you mind if we did so with some guests?"

Concern flashes across Shayura's face; defensiveness, shame. She sits up slightly in her seat. Doctor Uzair can see the tension.

"When we speak of forgiveness, sometimes it helps to first be forgiven," Doctor Uzair says with a tempered smile. Shayura glances to the datapad, then back to her doctor.

Tears well in Shayura's eyes. Her voice of dissent evaporates.

Shayura realizes there is one thing she can still have faith in: her family.