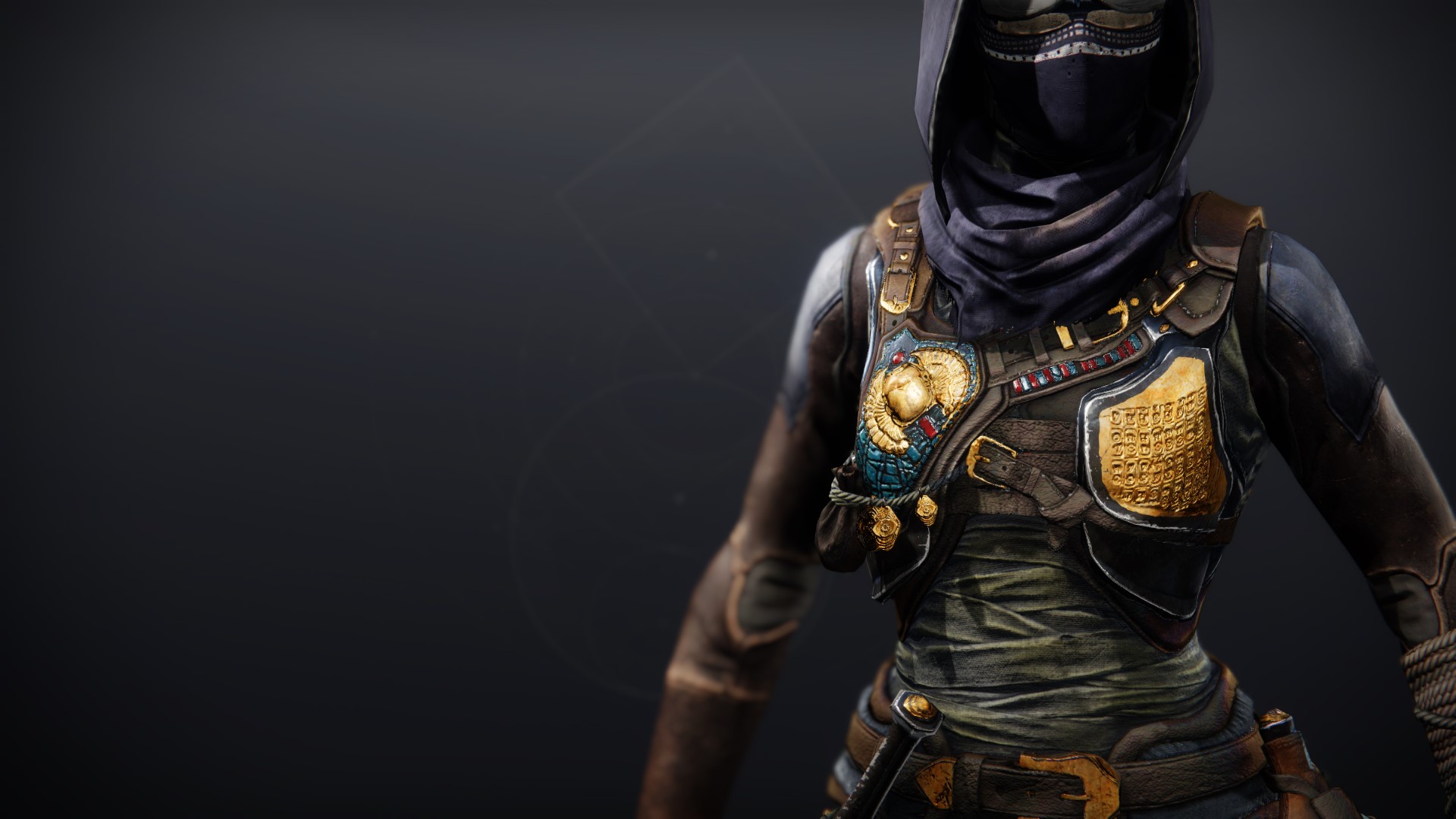 "Jumpship logs indicate she visited Venus, the Moon, the Reef, and several locations on Earth. Her last position before surrendering herself was Mars." —Vanguard Security Report Excerpt

A Fallen Vandal collapses to the ground, Ether vapor rising from a glowing hole where his face once was. Dark-blue blood sizzles around the wound.

"Clear," Reed-7 calls out from the top of a flight of metal stairs, the barrel of his fusion rifle still crackling with energy from the last bolt it fired. As he descends, Aisha follows and shoulders her scout rifle.

"Looks like they were pulling the wiring out of the walls," she observes, lifting up her hand and alighting her Ghost, Dunya, into the air. "Check the systems here; make sure they weren't doing anything else."

"Affirmative," Dunya chirps, zipping off through the air toward a computer terminal.

Aisha notices that Reed's glowing eyes are fixed on the Ether wafting from the Vandal's body. She spares a glance at Dunya before crossing the floor to Reed's side. "Hey," she says with a hand on his arm, jostling him from his thoughts.

Aisha looks down at the corpse, then back up to Reed. "This isn't like what Shay did on Venus." She tries to be reassuring, but it comes off as dismissive.

"How's it any different?" He asks with a dagger's sharpness in his voice. "These—they were stripping wires from the walls, Aisha. They weren't trying to hurt anyone!"

"They opened fire on us first."

"We didn't even try to talk to them!" Reed yells.

"Aisha?" Dunya chirps, across the room. Neither Guardian hears the Ghost.

"I'm sorry," Aisha says as she throws her arms up. "Was I supposed to do that before or after they threw a grenade at me?"