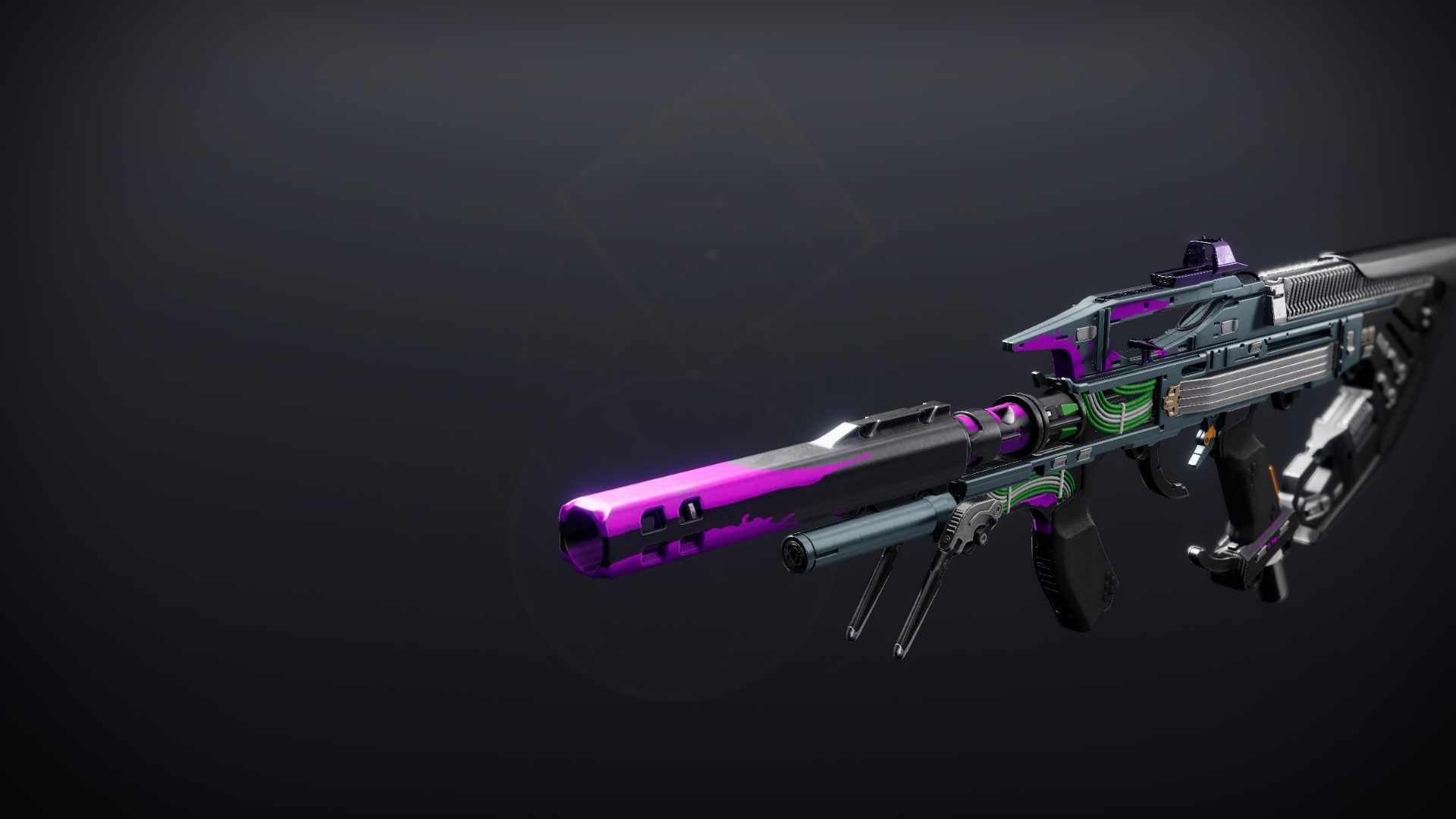 Drink from the data stream.

The Eliksni awkwardly shouldered its way onto the empty stool at the ramen shop and rested its four elbows on the bar.

Maurice looked up over the huge pot of broth and, thinking a Titan in one of their ridiculous helmets had arrived for lunch, called out "Irasshaimase!" It wasn't until he absently stepped to the bar that he realized who his customer was.

Metal plating covered the creature's forehead and the side of its face, ending in a nozzle that hissed a stream of blueish mist. A haphazard collision of heavy canvas and metallic weave draped over its shoulders. A Vanguard lanyard dangled absurdly from its neck.

It was small for an Eliksni, but its angular head still towered above Maurice as it hunched over the bar. Four blue eyes looked back at him from above a lipless mouth. It opened, revealing rows of thin, sharp teeth.

Maurice held his breath, tightened his grip on his pencil, and grinned. He grinned when he was nervous, and this seemed like as good a time as any.

The Eliksni grinned back, nodded, and then opened its horrible mouth again. "I smelled it, and the smell was good," it said.

Maurice scanned the bar. His other customers sat frozen, their bowls of ramen steaming silently in front of them. He realized his mouth had apparently decided to talk on its own, as if nothing were wrong. He heard himself ask, "How spicy, zero to five stars?"

The Eliksni had anticipated this question. "Spicy five stars," it said, holding up one hand with three claws splayed, and another with two. "May I receive additional dead flesh, please?"

"You got it," Maurice said, his even voice betraying none of his tension, and he turned back to the bubbling pot of broth. Muscle memory took over, and he soon found himself placing a steaming bowl of ramen in front of the creature, who clucked cheerfully.

Maurice took a half-step back. A small crowd was forming in the walkway in front of the restaurant. Some of the customers leaned in as their curiosity overcame their terror. Maurice noticed the woman in seat 2 needed more water, but it could wait.

The Eliksni raised its arms tentatively, then looked to Maurice again. "What is the protocol?"

Maurice found himself unsure of which pair of the Eliksni's eyes to look into and focused on the ramen instead. "Well, you eat the noodles and pork and egg with—"

"—yeah, egg. You eat all that with the chopsticks, and you get the broth with the spoon." Maurice saw how the Eliksni's claws dwarfed the ceramic spoon. "Or you can just lift the whole bowl and drink it."

Maurice mimed lifting a bowl to his lips. The Eliksni nodded. Its claws tapped the metal on its face and the hissing blue mist ceased.

The Eliksni held the chopsticks, tested their weight, and respectfully placed them back on the bar before bringing the bowl to its mouth with its upper arms. Above the ramen bowl, Maurice saw all four of the Eliksni's eyes close.

A long moment of tension fell over the shop, the silence broken only by a staccato series of hissing slurps.

Finally, the Eliksni lowered the empty bowl. It breathed in as the blue mist resumed its thin spray. It looked toward Maurice. "I tasted all of it," it said with deep satisfaction. "I am very thankful."

Maurice's grin turned into a tentative smile. "Glad you enjoyed it."

The Eliksni stood and held out what looked like a small model of the Traveler. It glowed as it floated in the Eliksni's palm. "Compensation," it said.

Maurice reached to take the treasure, then drew his hand back. "For new customers, there is no charge," he said. "No compensation. Thank you for coming in."

The Eliksni cocked its head, then clucked and the model vanished beneath the folds of its cloak. It smiled at Maurice.

"You," it said, then cleared its throat with a rumble, "you are a—" and the five spirited words that followed were replete with hard consonants.

In the confused silence that followed, the Eliksni nodded graciously, then walked through the crowd outside and deeper into the City.