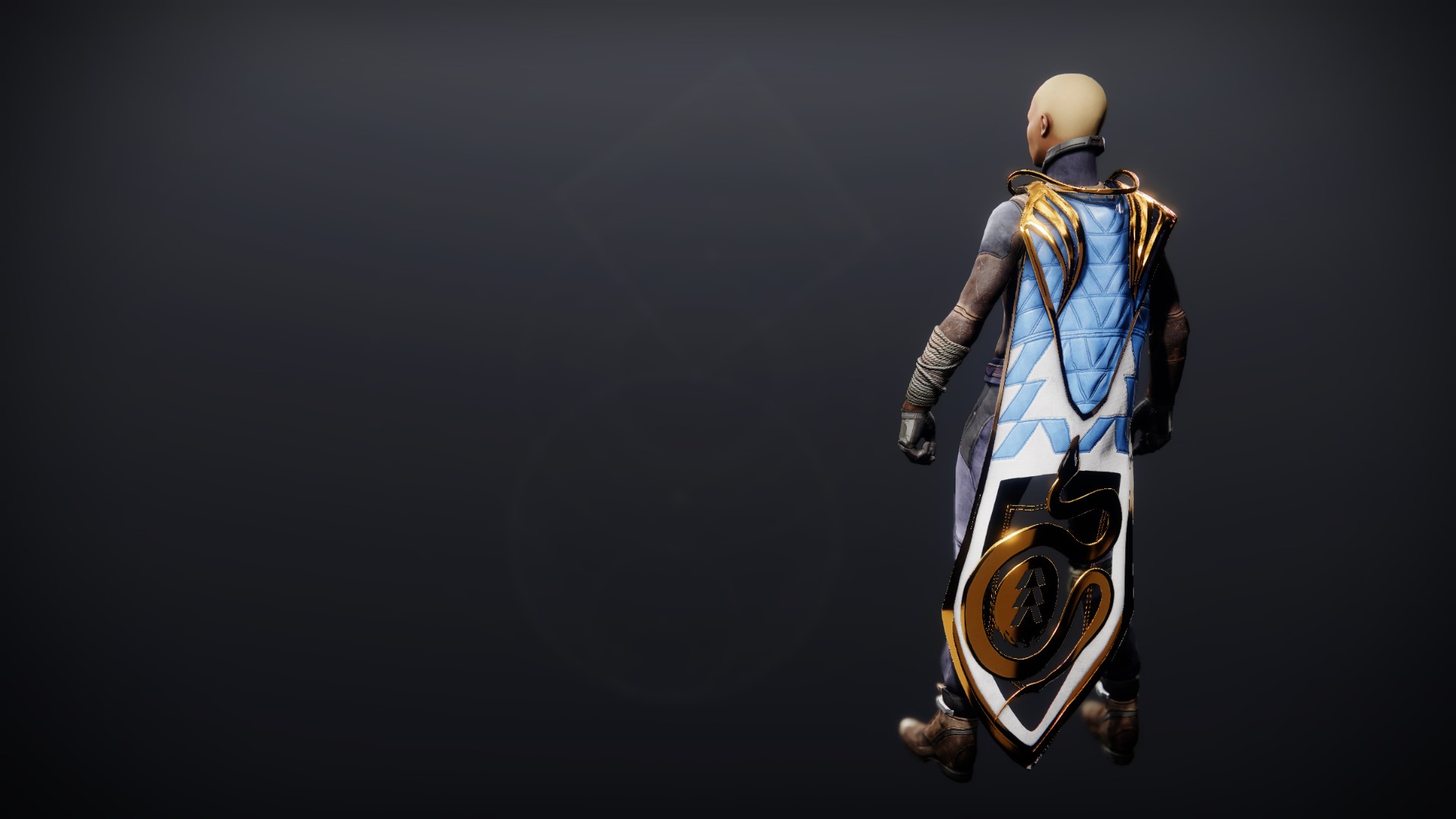 "I never did find that horn…" —Lord Shaxx

Prak'kesh sat on his Gray Hornet, parked in his usual spot at the base of the Tower. The former Guardian was watching bootleg transmissions of the latest Cabal death matches when one of his runners tugged on his sleeve.

Prak'kesh jumped in surprise. "Son-of-a-dreg! Don't sneak up like that!" He smoothed his fur vest in self-placation.

"Sorry, sir." The kid scuffed his feet sheepishly. "Just that some guys wanna make a bet."

Prak'kesh sucked his teeth in annoyance. "So take the bet! What the hell you hassling me for?"

The kid ran his grubby fingers along the sharp black lines of the bookie's ride. "They won't gimme the chip. They say they gotta talk to you direct."

Prak'kesh swatted the runner's hand away. "I just had that detailed." He sighed in exasperation. "Fine. Send 'em over. But if they end up making some lame prop on the new Hunter Vanguard or something, I'm gonna run you over with this thing."

The kid nodded and scampered off.

A few minutes later, a fireteam of three Hunters sauntered over. Prak'kesh slouched further onto his Sparrow in a dramatic display of nonchalance. His ex-Corsair enforcer, Tulnik, cracked his knuckles.

The Hunters posed coolly in front of the bookie. The team leader, a Gunslinger, casually flicked a knife between his fingers. "I guess you've probably heard of us."

Prak'kesh glanced at Tulnik, who shook his head. "Uh, not really," the bookie said. "Now what's this about?"

The Arcstrider stepped forward menacingly. "Show respect! You're talking to the Death Dealers."

Prak'kesh raised an eyebrow. "Cool name. I once had a cat called 'Death Dealer.'" Behind him, he heard Tulnik guffaw.

The Arcstrider snarled and sent a crackle of Arc energy rippling through his arm. But before he could strike, the Nightstalker blinked in front of him and put her hand on his chest. "Whoa. Cool it, Gene. He's not worth it. Remember your breathing exercises."

The Arcstrider nodded. "You're right, you're right. He's not worth it." He retreated, put his hands on his head, and walked in circles around the plaza, exhaling loudly.

Prak'kesh cleared his throat cautiously. "So, you wanna make a bet, or…?"

"You're damn right we do," the Gunslinger replied. "We're betting on Hunters to win the Guardian Games."

"Hunters rule!" shouted Gene from across the plaza.

"Is that all?" Prak'kesh asked with confusion. "That's stock standard. Why didn't you just put in a chip like everyone else?"

The Nightstalker leaned in conspiratorially. "Because of what we're wagering," she said and opened her pack to reveal a single, curling horn.

Prak'kesh's eyes went wide. "Is that whose I think it is?"

The Gunslinger crossed his arms smugly. "You tell us."

"How did you even get this?"

"Never question the Death Dealers. Now, what's it worth to you?" the Gunslinger said.

Prak'kesh shrugged. "Hunters win gold, you get one legendary Hand Cannon each. If not, I get…" he dropped his voice to a whisper, "the horn."

"Throw in a couple Umbral Engrams," the Nightstalker countered, "and you got a deal."

Prak'kesh pretended to consider. "It's a deal," he finally said and recorded the transaction in his datapad. "Good luck in the Guardian Games, Hunters."

"Hunters rule!" shouted Gene, to nobody in particular.