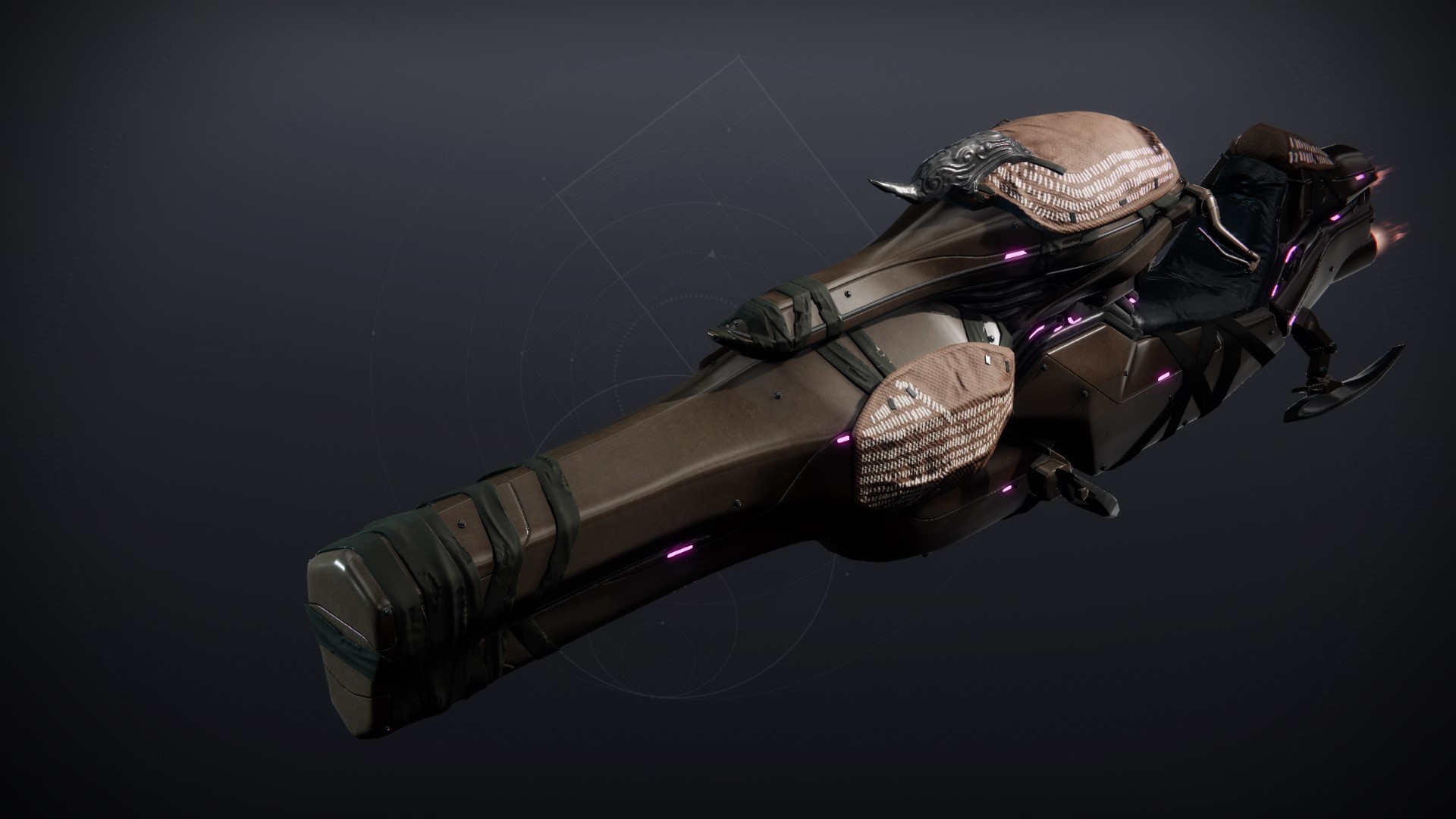 Speed can be a means… or an end.

The tinker circles the massive Sparrow, assessing his work. He nods in satisfaction. One would never guess that two weeks ago, the thing was a shrapnel-ridden wreck.

Just as he begins polishing, there's an ominous pounding on the garage door. The tinker takes deep breath, and opens up to find a full fireteam in the street. The Warlock strides into the shop while the remaining Guardians lounge on their Sparrows, idly examining their weaponry.

The Warlock makes a slow circuit around the Sparrow. "Nice job on the bullet holes. Half-assed polish job, though." The Guardian's ferocious helmet makes it impossible for the tinker to tell if she's joking.

"Stabilization fixed?" The Warlock mounts the machine and hits the ignition.

"Yeah, but obviously I couldn't test it at speed. If it wobbles on you, bring it back for free." The tinker nervously eyes the Pulse Rifle slung across the Warlock's back.

Suddenly, a smallish robot is floating beside the Warlock. The tinker had seen Ghosts before, but never this close. It speaks. "This is irrational. I'm capable of reproducing your Sparrow on command and in mint condition. Why pay this person to repair your old one? It increases the failure rate by 18% at minimum."

The tinker stares at the Ghost, his face reddening. He had worked day and night for two full weeks on this Sparrow, and the proceeds would keep his shop open for another three months. It was the biggest job he'd had in a year.

"I know, but sometime you just need that Human touch." The Warlock taps the datapad on her wrist. "Glimmer's in your account."

"Thanks. Come back anytime." The tinker holds out his hand and the Warlock shakes it, like in the old days.

"See?" The Warlock says to her Ghost as they rejoin her fireteam. "Well worth the money."