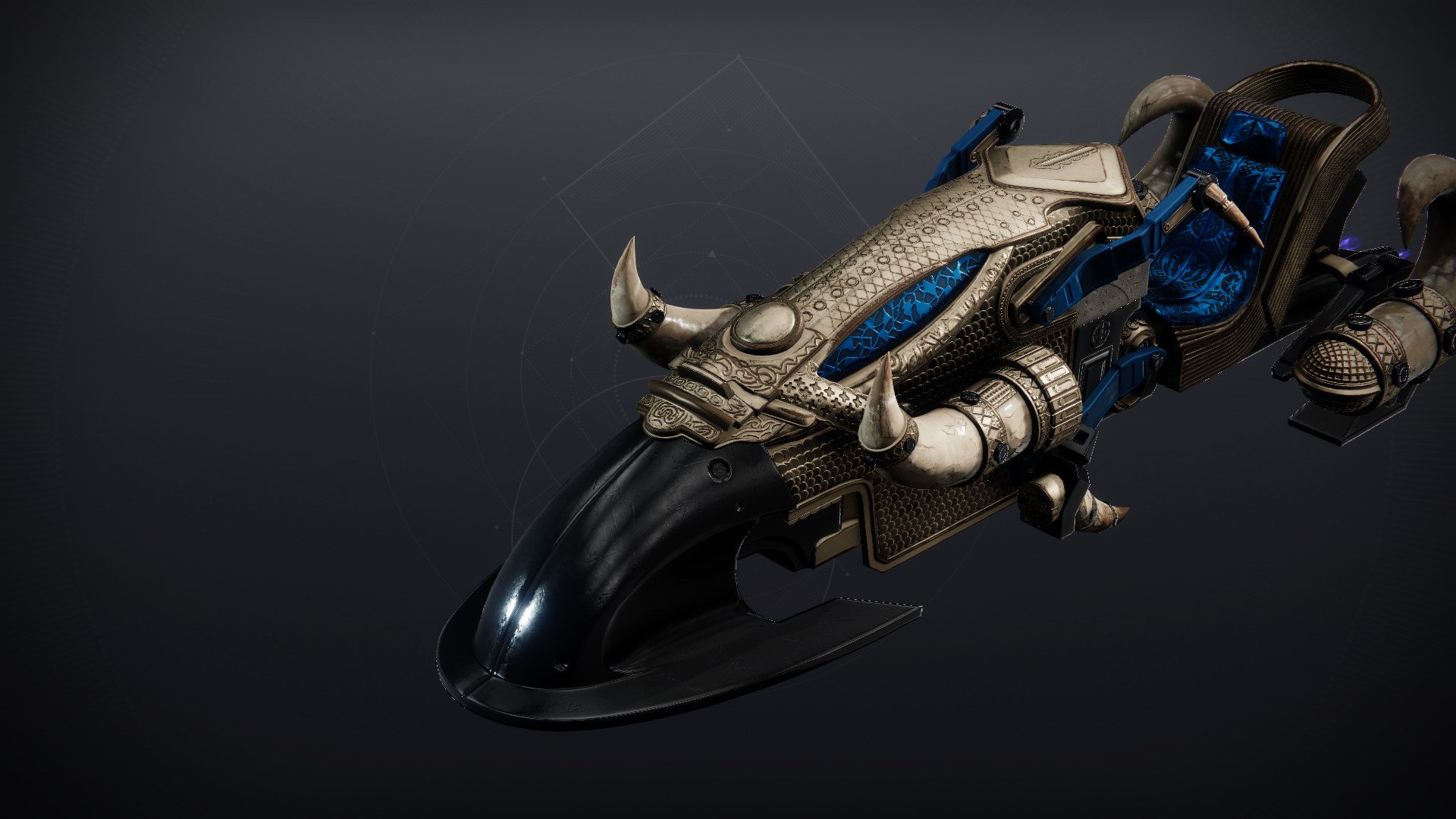 When atop this vehicle, the crowds will part before you. By force, if necessary.

Amanda raised her eyebrows as Crow cruised onto the landing pad. He sat atop a gleaming new Sparrow, adorned with gold and ivory.

Crow ignored the dig with a wan smile. "It's not mine. Just borrowing it while I'm on Earth."

Amanda gave a small harrumph. "Borrowing it from the Cabal?"

Crow rapped one of the curling ivory horns with his knuckle. "How could you tell?"

"Guess that means you've got some new friends now," she snapped, sharper than intended.

Crow scuffed the ground with his toe. "Not really. I don't have a lot of close friends. There's Glint, of course. But he's more like an appendage."

"Well, you used to have plenty of friends," she said, "but that was a lifetime ago."

Crow opened his mouth to retort but stopped short. The silence stretched on.

"Don't let me find that thing on my landing pad when I get back," Amanda finally said, crossing her arms. "This ain't a parking lot."

Crow nodded and slowly scooted past, keeping his eyes forward. As Amanda watched him go, she heard a small, digital voice chirp, "Did you call me an appendage?"

The shipwright smiled and then immediately caught herself. Her smile curdled into a sour frown. She clenched her fists in frustration.

"Why do you do this to yourself, Holliday?" she muttered as she stormed back to the Hangar. "Every time. Every damn time."