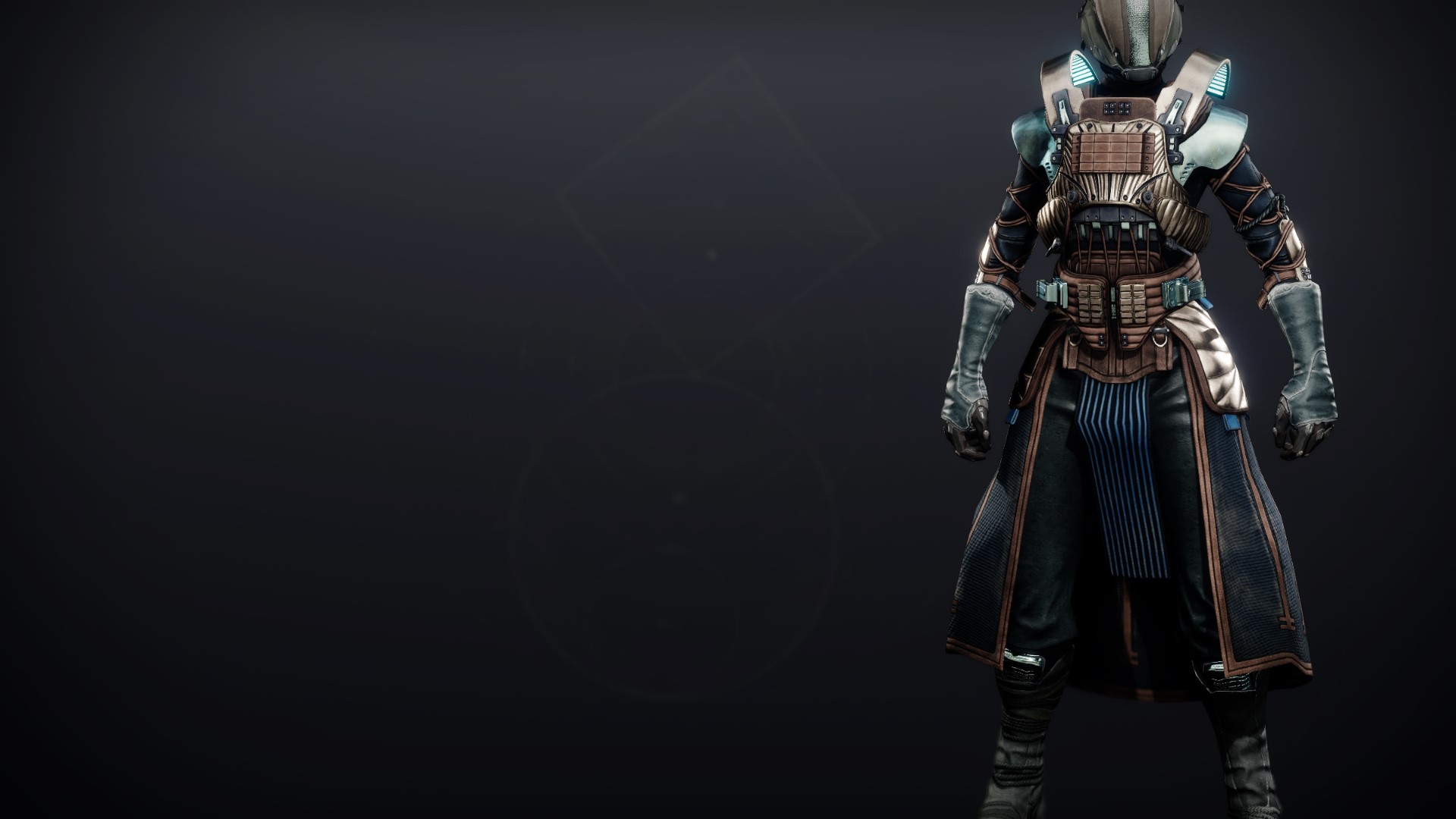 There is no strength in letting go.

Panesh could see the Cabal warrior's eye pressed against the gap in the torn metal hull. The frigate crash had trapped them both in the wreckage, and only a haphazard cascade of heavy metal beams separated the two.

The Cabal had an entire length of hallway to prowl, yet here she was again, her rumbling voice filling the space where the Lightbearer was crouched.

"Do you truly think you could do it?" she asked. "I am curious."

Panesh shrugged. "Sure. You're a big target. I'd shoot until you stopped moving."

"Vargessus," Panesh said patiently, "you're five times my size. Guns and Light-magic are my only choices here."

Vargessus pulled back from the opening in disgust. "Cowards. Your kind relies too much on your magic." She paced in her hallway like a caged animal. "It gives you the luxury to be soft."

She was interrupted by a metallic twang from somewhere far above them. For a moment, the steady dripping of foul, brackish water in the corner of Panesh's cell became a weak stream. He pushed his empty helmet beneath the flow.

"The Light gives us the freedom to accomplish great things," Panesh said. He laid one of his metal greaves flat on the ground and carefully poured half of the water into it. "The best of us can be strong just by holding that power inside us—we don't have to let it out."

Panesh slid the makeshift trough under the lowest beam and into the corridor. There was a quiet moment as the two survivors drank.

"Ignovun, the leader of Empress Caiatl's fleet?" Vargessus grumbled. "His helm was crafted by Psions and contains their very will. It grants him power over flame."

"What does he do with that power?"

Panesh could hear the shrug in Vargessus' voice: "He kills."

Panesh chuckled and his stomach cramped in protest. He drew his knees up to his body. "Right now, I'd fight the empress herself for something to eat," he groaned.

There was a rustling near the collapsed beams. Panesh looked up as a thick finger pushed a chunk of fatty meat ration through a gap in the metal.

"There. Eat," said Vargessus. "I want you strong when I kill you."

I. The Hopeful Legion