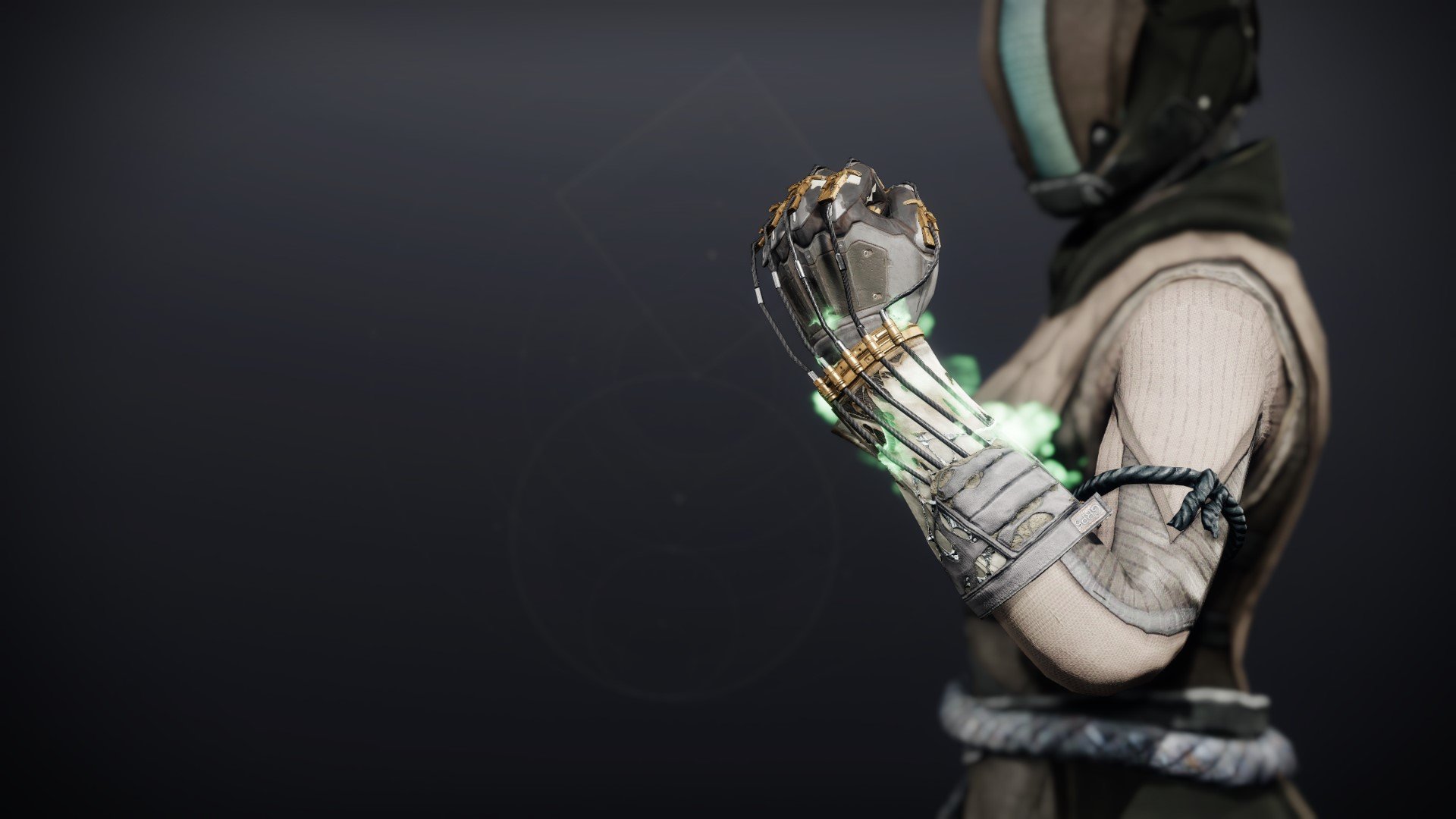 "To gain power, you must sacrifice. Exos have known this long before the Guardians' rise." —Taeko-3

Project day 2. I just got my first look at Artifact H-349. It's heavier than expected. More than a few people questioned if we even should study something with such a… dire legacy, but if we can't understand our enemies' tools, then we leave ourselves vulnerable to them.

Project day 5. Ran our first test of the artifact's… let's call them "necrotic properties." We used cattle; they were large enough to survive the initial discharge. The results have been… upsetting.

Project day 30. Spectral analysis is back, and it's got nothing. The artifact doesn't operate like traditional Hive tech, which is our closest analogue. A cult of deranged fanatics can mass produce knockoffs, but we can't even tell you what it's made from.

Project day 31. We had an accidental discharge. Carro, lab tech over in 4B. Human, so… this is going to be it for him. We've got someone staying with him as the corruption spreads… At the very least, there's so much more to study now as we watch his unfortunate deterioration. He's been babbling since it hit his central nervous system, saying, "I'm reborn," or variations thereof. I think… he almost sounds happy.

Project day 39. The Vanguard forbade a postmortem, but a few of us couldn't stomach the idea of Carro's sacrifice being in vain. The results have been insightful. Off the record, I'm keeping a few tissue samples. It almost feels like having him around again.

Project day 41. We began the day with another moment of silence for our lost colleague. Too bad he's not around to appreciate it.

Project day 45. We kept thinking about H-349 as a destroyer. But it's more sophisticated than that. I mean, with a normal gun, it's just… boom. Done. H-349 on the other hand is deadly, not destructive. Much like a viper, its bite does not bring about instant death. Instead, its venom cajoles. It co-opts your beating heart into a death clock, ticking down your last moments. Your own pulse kills you.

Death may be slow and agonizing for its victim. But for the viper, time is an amenable trade for efficiency.

Project day 51. Yanniv has been crying. A lot lately. We must accept that tragedies happen; it's a hard lesson to learn.

Project day 65. Another accidental discharge today. We realized that Yor's little creation is hungry, so we fed it more. It certainly performs in exchange; the activity is intriguing after it feasts. I've been able to follow Yanniv's degradation with a more analytical mind than when we lost Carro. I have to say, the process is so elegant; the science involved almost seems poetic. It may be reproducible. Just imagine how much more I could've learned if the scanners were all active at the time.

Project day 77. Another accidental discharge. This time, I ensured the scanners were running beforehand.

— Audio logs of Warlock and researcher Jana-14, salvaged after evacuation