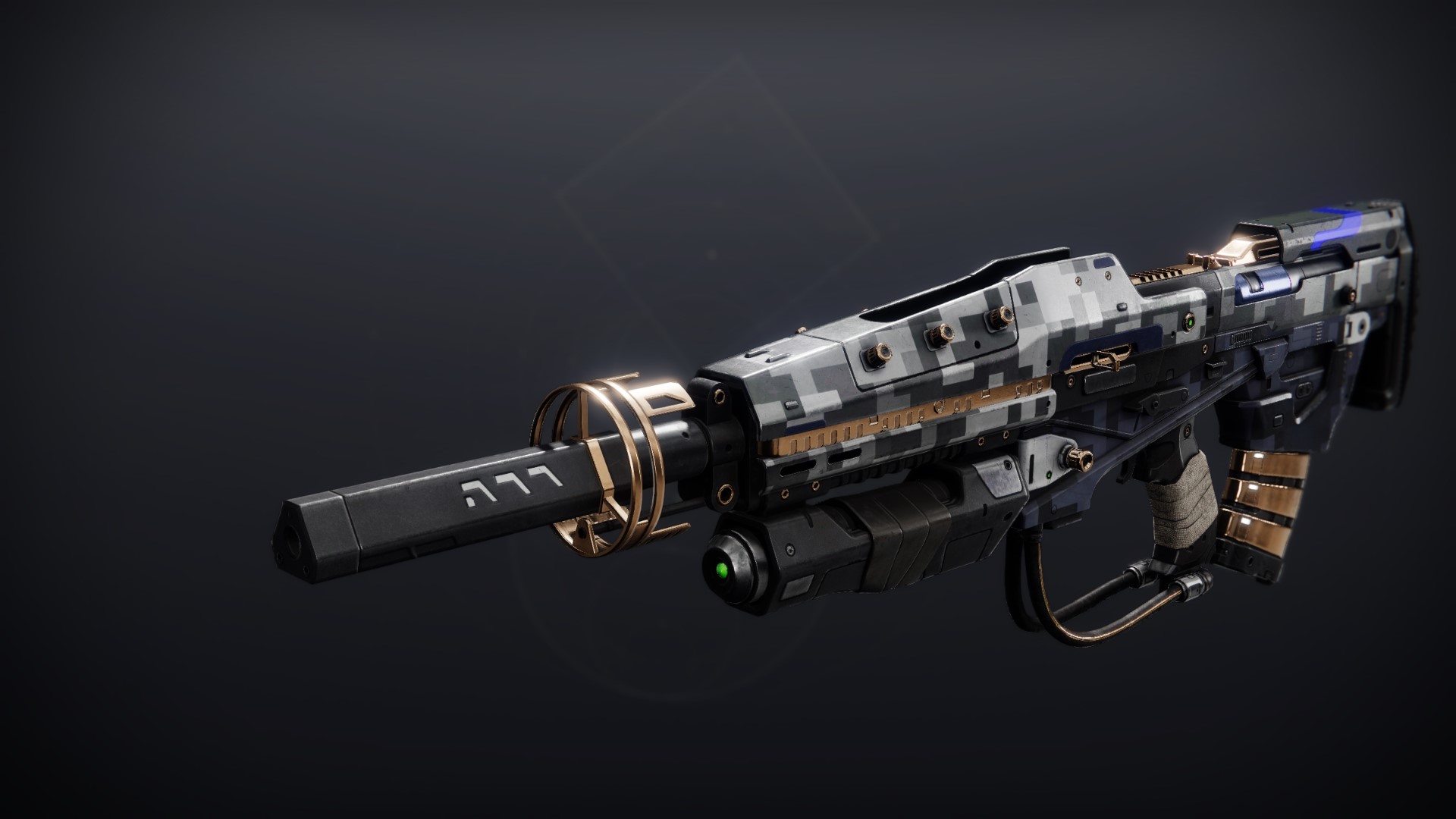 A single word etched onto the inside of the weapon's casing: Now.

Novarro's timeline analysis indicates the weapon is the fabled Exo Stranger's Rifle, enhanced at a future point in this continuity and then sent back to this present…

…on Europa. Late Golden Age. Deep inside a secret lab.

"I thought we'd run out of possibilities there?"

"We don't know. We still don't understand how any of this works. It's highly volatile and uncontro—"

"Have we pinpointed the weapon's exact location?"

"…More or less. Elsie-1 is supposed to attempt retrieval tonight."

"We can't risk the window closing before then. I'll be going this time."

"But last time, those things in the sky almost killed you."

"And now I know how they work. That's half the battle."

The old man gears up and enters a strange metallic pod made from Vex parts. Austen-1 stands at a distance from the pod, typing "April 10, 3025" into a console.

An icy wasteland. What stood pristine moments prior is now dark, old, and falling apart, as if centuries have passed.

Clovis wades through the wreckage and comes to a frozen, deserted battlefield littered with human, Exo, Vex, and alien bodies. He reaches down and brushes snow from one of the alien bodies, lifting one of its many arms.

A piercing whir emanates from somewhere in the distance—Clovis looks up and sees a black and red ship floating in the air. It stops above the battlefield and emits a bright red light, scanning the area as if searching for something.

Clovis slowly pulls a device from his pocket. He presses a green button, and the screen lights up, showing a blinking dot a few yards away. Very close to where the ship itself now searches.

He grabs a dead Exo and opens a panel on its arm, tinkering before closing it with care. He quickly sneaks away, and in seconds, the Exo explodes, drawing the attention of the ship. He sprints across the battlefield towards where it was searching only moments ago.

Using his device again, Clovis scans the ground until the blinking light goes solid. He digs into the snow until he hits something. He pulls it up halfway—a rifle, shining like new, etched only with one word: Now.

Clovis attempts to fully free the weapon. But it's stuck; attached to something. He pulls harder, revealing an entire dead Exo, hand wrapped tightly around the grip. He takes a good look at its face and gasps.

The whirring sound reaches Clovis's ears again, pulling him out of his stupor. The ship heads right towards him. Clovis pries the gun from Elsie's rigid hand and sprints back the way he came, diving into his pod and activating it just as the ship fires on him.

"You could have been killed," says a familiar voice.

"Instead, I got you a gift, Elisabeth," Clovis responds, catching his breath and dusting himself off.

"One down, an infinite number left to go. It better have been worth it."He looks into her eyes and musters a half-hearted smile.