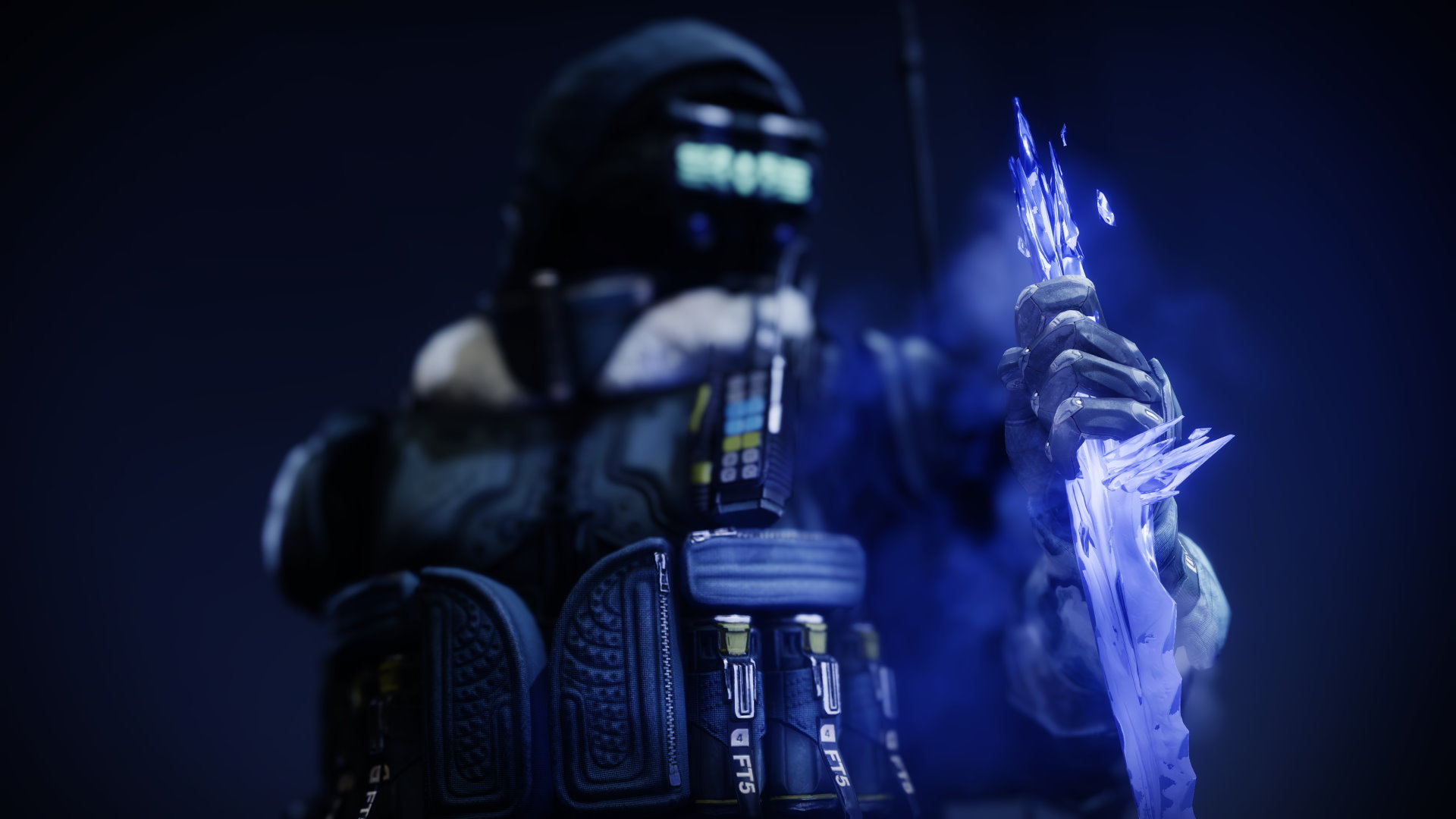 A Fallen Captain stalks his prey through the barrens of Europa, Servitor at his back. The wind kicks up shimmering plumes of frost; he doesn't see the frozen kama hurtling towards him. It strikes with a deafening crack; the Servitor is gone. The Captain flees for cover, but it's too late — he is frozen in a crystalline prison.

His battle cry freezes in his throat; there is only deafening silence. He sees a shadow approaching, cloaked in the ice and whirling snow, but it vanishes as quickly as it appeared. Fear grips him as he scans the white wastes.

A second kama pierces the ice shelf. Biting whirlwinds erupt and tear at his frozen body. He catches a glimpse of the shadow in the squall, rifle in hand. The hunt has ended; he shatters in the wind.