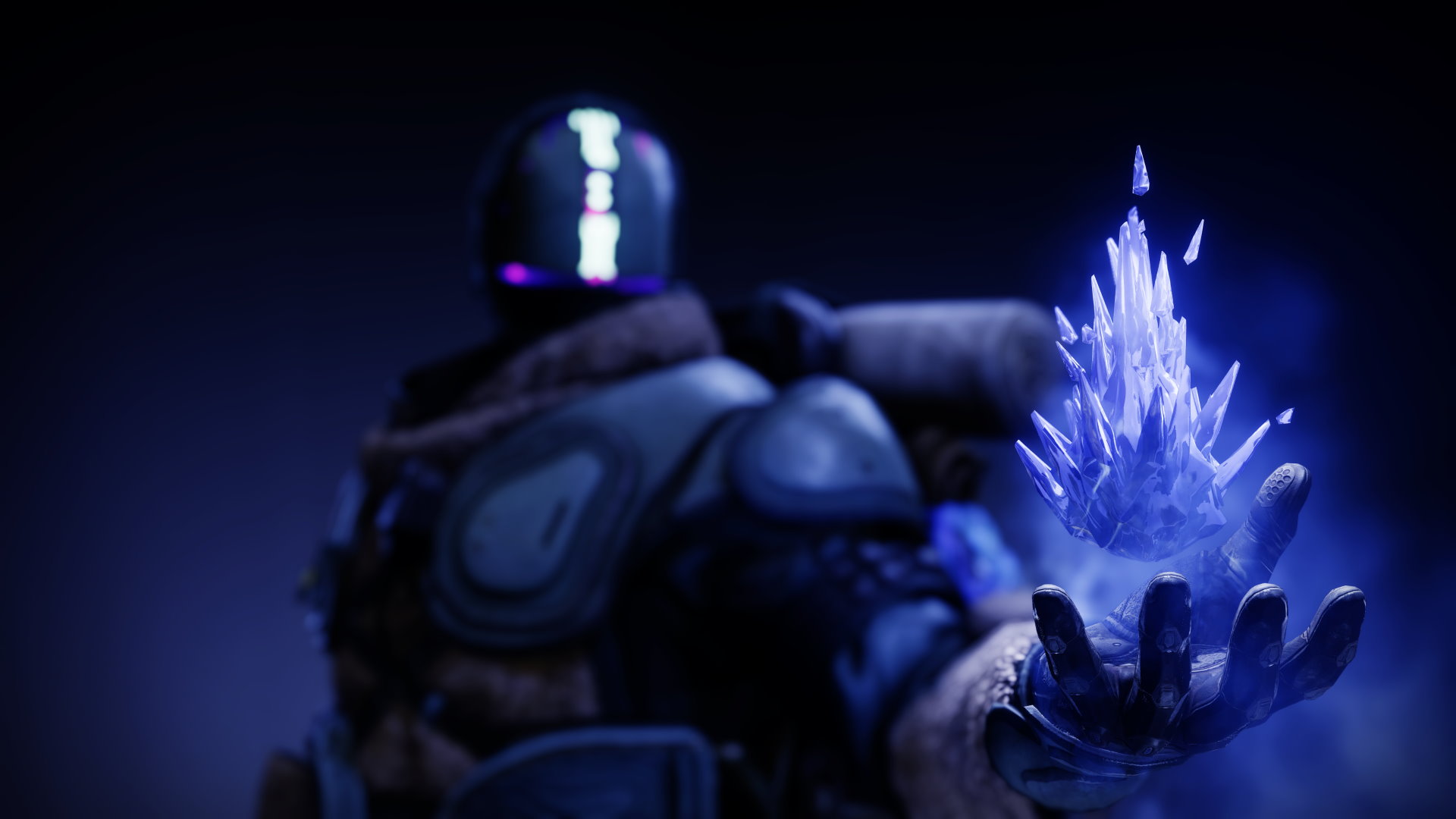 I first heard it in the Thrall-carved tunnels on Callisto as I saw Light torn from my friend: a chaotic chime like breaking glass, ringing in the corners of my mind. I ignored it then and burned the Hive vermin with vengeance and fire.

But it returned when Ghaul's wicked contraption gripped the Traveler and the Light fled from my bones: a cold chorus in my ears, a shattered song demanding to be heard. I clung to it then, shivering in the rubble of the Last City. It drowned out the marching of Centurions and focused my will to survive.

It was in the shadow of the Pyramid on Europa that I finally understood. What was noise became a chilling harmony born of dissonance, a structure I could finally grasp. I joined the song, and as my voice perfected the chord my hands gripped a staff of ice—chaos given shape. It sealed my hands in rime, and the song resonated through my flesh. I was its instrument, and it was mine; when we sang "be still" to the world, it would obey.