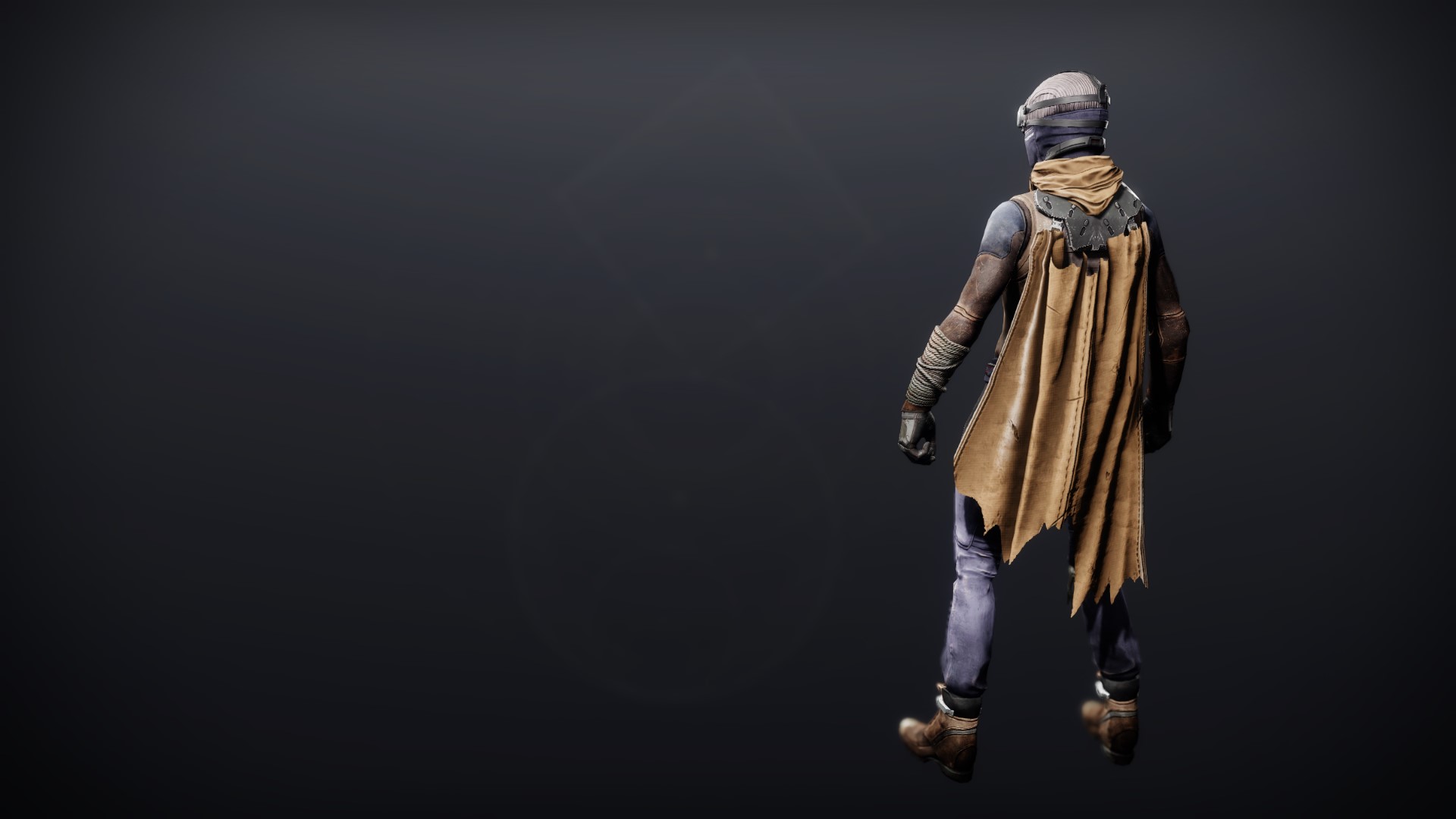 Gaelin-4 inhaled sharply. He sat up and flexed his limbs.

His ghost floated before him. "It was a lucky hit."

"Aren't they all?" Gaelin stood and brushed himself off. "Appreciated, Clip."

"Wire Rifles made it run before things got too bad." The Ghost dipped in a nod and dematerialized.

"Before?" Gaelin-4 turned around. Nivviks and Vynriis sat several paces away in pensive observation. "Those rifles jam or something?"

Gaelin glared at Nivviks, but the Fallen simply stepped forward and offered a hand to help him stand.

"Kept the Guardian's body from being dragged away. Saved pretty rifle," Vynriis said, placing Transfiguration in the Exo's hands.

Gaelin's glare relaxed as he locked eyes with Vynriis and conferred a mute look of thanks.

"Quarry is on the move. Unwise to return to an expecting Spider with empty hands." Nivviks took a long breath from an Ether canister. "What will the Guardian do?"

Gaelin closed his eyes and concentrated. He felt his prey still tethered to his Light, marked by traces of the Void. Nivviks was right: it was close. "We hunt."

"Ah…" Nivviks stood. "Fortunate that we wounded Wrathborn," he said, pointing to a trail of fluid.

Gaelin-4 looked to the dim afterglow of the quenched fuel fire, to the fresh trail before them. "I defer to you, old timer."

"Good… yes. Try to keep up," Nivviks chittered. He pulled a transponder from his belt. "Tracking shot. Useful. Not far on Pikes… or flimsy Guardian bird."

Gaelin-4 mounted his flimsy Guardian bird. "By all means, lead."

They followed the trail in silence. Nivviks led, then Gaelin-4, then Vynriis. They had encircled him like a tenderfoot calf. He had underestimated the Wrathborn's resilience. Made a fool of himself to show up a couple Fallen on a dead rock—but a breakage heals stronger if it's set right.

They closed the distance quickly. The Wrathborn's lair was a small cave hovel with a bend just passed the entrance. He could almost see the creature's breath through the stone, feel its movements.

"Does the Guardian wish for Web Mines?" Vynriis held a mine out to Gaelin sheepishly.

"All of them. We overwhelm it at the choke, then tether and spike it down."

Nivviks nodded. "Draw it out. We will keep its tails from killing you… again."

Gaelin-4 entered the cave and saw the Wrathborn caressing a tendril rooted in its back. Before it, a shrine of black twisted spines. They had begun to harden and gain a translucent metallic sheen, increasingly stained by drippings as his eye wandered higher. The missing associates hung impaled at their apex as tarnished crowns. The spines fed upon them, and Gaelin could see the planted stems weaving together at the base. The Wrathborn yanked the tendril from its back and planted it. They quivered. A hint of a voice. Gaelin would look upon them no longer.

He formed a vortex of Void in his palm and slung it beneath the Wrathborn. It stumbled backward as the grenade burned away. Behind it, the Fallen bodies disintegrated, but the spires remained unscathed and thirsty. The Wrathborn turned to pursue him, ripping at the ground, ceiling, and walls for holds.

The Guardian ran and dove over a line of Web Mines at the cave mouth. He cloaked as the Wrathborn was barraged by their spheres of Arc disruption.

Nivviks and Vynriis pelted the beast with Wire Rifle shots, fending off tendrils and drawing attention from Gaelin-4. The Guardian nocked a Void-Light bolt and cast his Shadowshot into the Wrathborn's chest, drawing its limbs in with crushing gravity. The trio drew Arc-cage stake-points and flung them into position around the incapacitated Wrathborn. As the last stake made connection, the Arc-cage sprung and shocked the beast into unconscious submission.

Morning light trickled over the horizon as the three finished tying down the cage for transfer.

"Web Mines were a good idea," the Guardian replied. He sighed. "I strongly advise you demo that cave."

"Agreed. I will call for a Ketch." Nivviks stepped away, shouting back, "Enjoy your liquor and whelp."

Vynriis checked the cage's seals and looked to Gaelin. "What will the Guardian call his War Beast?"