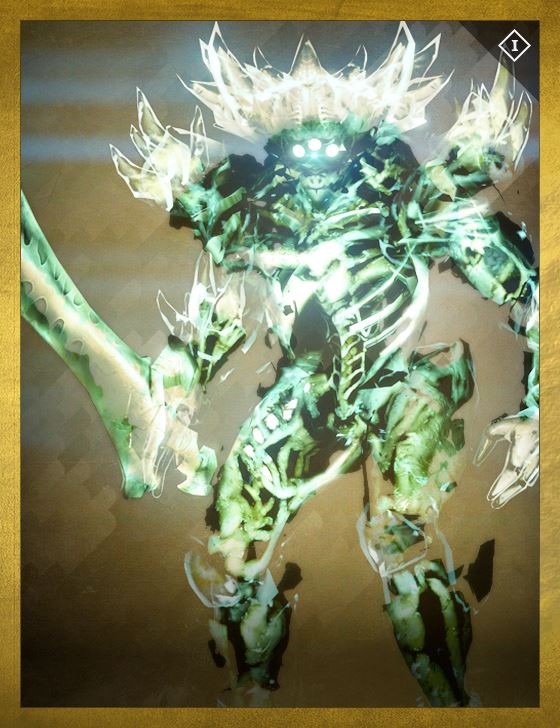 My Thoughts on Recent Events
He hides in the dark below: the monster of Luna, the titanic god-Knight who walked the regolith beneath a sky of green fire and butchered the greatest army of Guardians ever assembled. We abandoned the Moon rather than face him.

Whispered lore and fragmentary theories suggest that Crota represents a distinct class of Hive entities, not resident in our material world. My latest synthesis of this scattered esoterica suggests that Crota's 'home' is a universe created or remade by his power and occupied by Hive organisms of immense age. Any Guardian formidable enough to return with information on this dark reality might help us understand the Hive's goals for our own world—and, more pressingly, such an expedition might provide the key to Crota's defeat.

The epithet Son of Oryx is an ambiguous translation, often disputed. At this time, no direct action by Hive entities of more expansive power has ever been observed. Those who trade in Hive lore bicker over the exact positioning of Crota—is his world the apex of Hive power, or is it the youngest and most accessible of a string of netherworlds, each host to a more terrible Hive archentity?

The nature and possible interrelationship of the Vex gate system with Hive netherworlds remains unexplored.