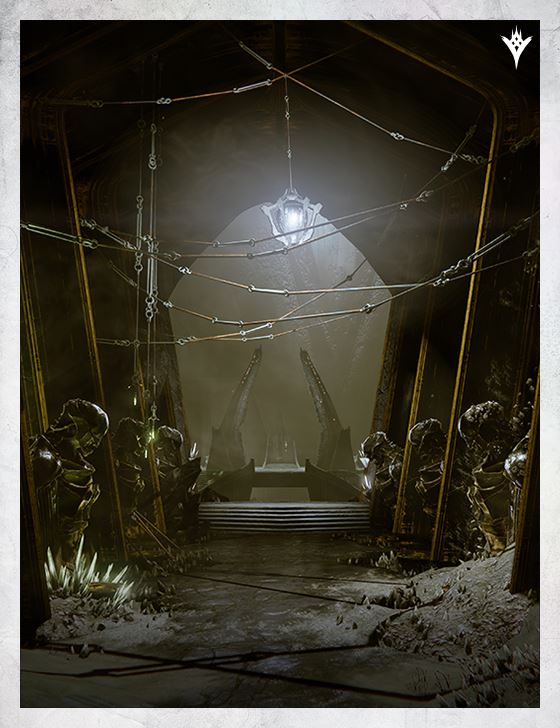 Oryx ascends from the nether world,
The knights like hot stone
The beasts like scarred bone
Walk at his side.
Who walked in front of him? His daughters, with the truth between them
Who walked at his side? His Priest of Worms, whose tribute tasted like an egg
Who walked behind him? Golgoroth, who festered
Who walked within him? The satiated Worm — it was hungry, but it was fed
They preceded him.
These ones surrounded Oryx
They were beings who know no rest or doubt
Who eat nor shed any flesh,
Who drink no clear poison,
Who take away the weakness from the weak,
Whose violence is tithed to Oryx, so that he may devour
without being devoured
Are you following this? Would it help if I etched a few notes on the margins? I didn’t shuck my mortal form and smuggle this nightmare arcana back to the waking world for the benefit of that masked hypocrite’s drooling loyal orthodox.

Whoever finds this, I hope you’re sharp. I hope you read closely.