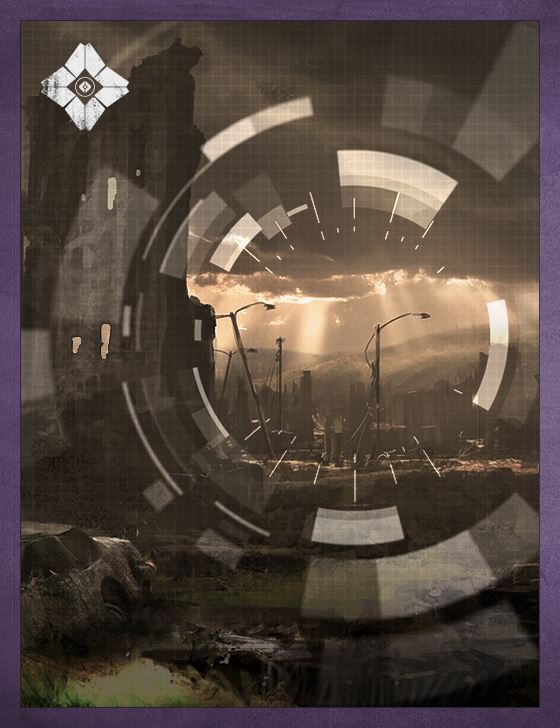 Loken's men found Jaren Ward in the courtyard where this had all began.

Nine guns trained on him. Nine cold hearts awaiting the order. Magistrate Loken, standing behind them, looked pleased with himself.

Jaren Ward stood in silence. His Ghost peeked out over his shoulder.

Loken took in the crowd before stepping forward, as if to claim the ground - his ground. "You question me?" There was venom in his words. "This is not your home."

I remember Loken's gestures here. Making a show of it all.

Everyone else was still. Quiet.

I tugged at my father's sleeve, but he just tightened his grip on my shoulder to the point pain. His way of letting me know that this was not the time.

I'd watched Jaren's every move over the past months, mapping his effortless gestures and slight, earned mannerisms. I'd never seen anything like him. He was something I couldn't comprehend, and yet I felt I understood all I needed the moment I'd seen him. He was more than us. Not better. Not superior. Just more.

I wanted father to stop what was happening. Looking back now, I realize that he didn't want to stop it. No one d id.

As Loken belittled Jaren Ward, taunted him, enumerated his crimes and sins, my eyes were stuck on Jaren's pistol, fixed to his hip. His steady hand resting calmly on his belt.

I remembered the pistol's weight. Effortless. And my concern faded. I understood.

"This is our town! My town!" Loken was shouting now. He was going to make a show of Jaren - teach the people of Palamon a lesson in obedience.

Loken laughed dismissively. He had nine guns on his side. "Those gonna be your last words then, boy?"

The movement was a flash: quick as chain lightning. Jaren Ward spoke as he moved. "Yours. Not mine."

Loken hit the ground. A dark hole in his forehead. Eyes staring into eternity.

Jaren stared down the nine guns trained on him. One by one, they lowered their aim. And the rest of my life began - where, in a few short years, so many others would be ended.