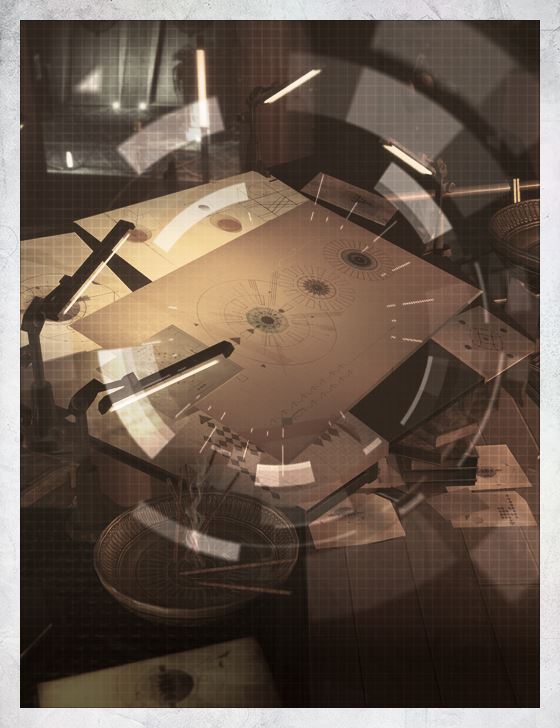 The Triumphant Fall
The trigger clicked.

Another empty clip slid from its purchase and dropped to the dark stone floor.

It was the last.

His rifle was dry.

Rezyl spun the weapon in his hand, grabbing hard around the barrel, like a club.

A new wave of chittering death was upon him – fragile but aggressive, overwhelming in their number and oppressive in their rage.

The stock of the rifle connected with skull after skull.

They caved and fell.

There was a calm to him. An ease.

The chaos of battle was no time to panic.

His swing was wide, but measured. No wasted movement.

A demon clawed at his back. Then another.

They were heavier than their frail frames would suggest.

He gave a shrug and shake, turned and hammered the stock hard into the side of one creature’s temple. Its skull splintered and the stock lodged deep in the wet, chalky mass beneath the bone. He made a fleeting effort to break the rifle free, but had to let it fall away as the rush of demons increased.

Rezyl kicked the other monster to the floor, stepping on its neck while shifting to backhand a throng of attackers eager to make their killing lunge.

If the rifle—his battle-worn Inferno—had served to thin the herd and buy Rezyl time to assess the whole of the situation, his Rose would see him through.

The Titan, awash in the ash and gore of his enemies, pulled his cannon and in one motion feathered the trigger to level the wretched beasts closest to him.

The bloom from each shot lit the cavern with flashes of red heat — a garden of angry roses blossoming in pointed defiance of this vile, hateful kingdom of shadows.

On the far end of the sea of gnashing maws, the wicked woman danced in the air.

Rezyl’s cannon was loaded and ready to fire as if an afterthought.

He let loose another barrage and six more demons slumped, lifeless upon the pile.

The witch unleashed a violent cry.

And as quickly as it had begun, the onslaught subsided.

The chittering fell from a deafening roar to an eerie chorus humming through the ebon haze just beyond his sight.

The storm had not been weathered.

He could feel it in his gut.

He stood now, not at peace, but within the eye – the swirling, terrible lull before the waves came crashing once more.

Followed by footsteps. Heavy and hard.

Rezyl squinted against the dark as he slid new lead into his cannon’s cylinder.

A shape took form, approaching from the deep.

A being of might and mass that dwarfed the Titan.

A cleaver the size of an ordinary man—bigger—hung effortlessly in its hand.

Its body was thick with ornate bone – a living armor that was one with the beast.

Rezyl let out an accepting sigh.

The creature walked like a man burdened by untold sin – lumbering and slow, though its stride covered ground with unnatural ease.

To Rezyl, the approaching horror cut an imposing silhouette not unlike that of an ancient, disgraced knight.

Maybe it had been heroic once.

Maybe here in these shadows, to the watchful eyes of the wicked woman and her rotting horde it was a hero still – only for a darker, sinister cause.

The fight he had come all this way to find, the enemy he had hoped was nothing but a legend’s lie, seemed eager to greet him.

He smiled beneath his helm, then spun his Rose with a confident Hunter’s twirl, before steadying his aim and fanning its hammer one more.

The angry bloom lit the dark.

Rezyl’s lead pinged off a sudden, shimmering wall of black.

The knight had conjured a protective barrier as if from nothing.

Unable to comprehend the creature’s arcane methods – dark magic or unimagined tech, or even a joining of the two, Rezyl didn’t care. He reloaded and prepared to face the unknown.

As the ethereal shield faded the beast raised its blade and let loose an aggressive, inhuman roar: Hell’s own battle cry.

His Rose gripped tightly in his vice grip, the Titan charged forward.

He would meet the shadow’s rage head-on.

Two days had passed since Rezyl stepped from the dark corridors beneath the moon, back into the light. His Ghost pressed him for details time and again. He wanted to know all he could of the wicked woman and her promise of suffering.


Of the sea of mindless, chittering death.

Of the hulking knight and Rezyl’s epic battle.

The Ghost was enthralled and deeply concerned. If the monsters below the moon were active and aware, the City must be warned. Rezyl agreed.

As they watched another Earth-rise from the lonely quiet of the lunar surface and planned their long journey home, Rezyl pulled fragmented bone from the pouch that hung on his left hip: a reminder of the evil that lurked beyond the light, and the last remnants of the wicked woman’s betrothed.

And while he recounted once more the events of his time in the shadows he took his Rose from its holster and began grafting the bone to its steel frame — just another trophy, from another battle won.

It was only later, and far too late, that the first whispers came and the bones revealed their true, jagged purpose.