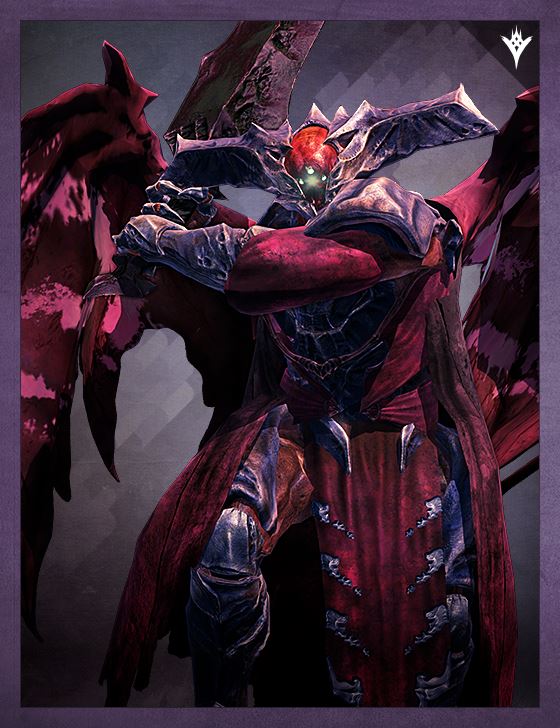 In World the stars never shone,
The worm never bred in our flesh,
We lived for a day
Our teeth were too short
We were hungry for things we could not eat
Hello again. It’s me. I’m sure you know my name. Let me talk a while, let me talk, I do take a debased joy in speaking again to small human-form heads.

When Crota’s victory over our little blue world seemed certain (a moment of silence, now, for Wei Ning, whose directness I admired) it was Oryx who called His Child back into the nether world to plan final victory. It was to Oryx that the violence of His spawn was tithed.

Oryx is the wielder and the servant of a terrible truth. He has predicated Himself on it, He has pursued across thousands of cairn worlds His quest to embody it, and you have seen the force of that truth expended to create these Taken.

He is not a simple thing to kill. He wants to be isomorphic to conquest, to triumph, to killing and death. He is a syllogism, now, but in time He hopes to become an axiom.

This is His strength and His fatal weakness.

For if he ever falters in His performance, if the inflow of devastation ever falls behind His expenditure of ruin, He will be consumed. If He is ever outmatched, then by the terms of His own existence, He will cease.

It is to Oryx Himself, in the heart of the Dreadnaught that armors and encapsulates his throne-world, that you must make your last and surest argument.

Good luck! Do let me know if a vacancy opens.