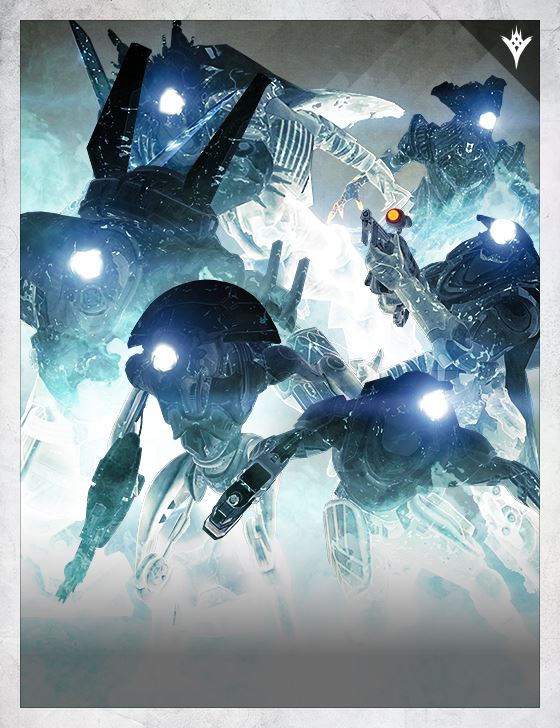 From the Journals of Ikora Rey
I have been talking to Eris about the Taken.

She agrees that what we observe — the apertures, the starlight, and of course the Taken entities — is not Hive magic. If Hive arcana is a metaphor, this is the meaning; if they make appeals, then this is the judge.

Oryx wields this power. But Oryx did not make it. We face the same flower we met in the Black Garden.

The process is simple: an aperture opens, like a jaw, and swallows a living thing. It passes into — another place. Later, it returns.

I try to use the word ‘shadow’ but Eris hisses at me. A shadow is a flat projection cast by a light and an object. Less real. Eris insists that these Taken are more real, somehow. She uses words like inhabited, exalted, rendered final...

Is this power blind? Just a natural energy Oryx discovered? I cannot believe it.

My Hidden tell me that the Taken shine with seething, negative light. As if the universe is curling up around them. As if they radiate some pathology that decays into our world as nothingness...

The Taken serve Oryx. But I think those jaws lead elsewhere.

I dream about what happens on the inside. I dream about what might happen. Are the victims devoured, and replaced by simulacra? Husked out and filled up? Is some mathematical operation conducted on them, translating them from one shape to another?

What would I see, if I leapt inside? What would happen to a Guardian? Is that how we end this — all of us leaping into the dark, to fill it up with light?

Eris thinks there’s a poetry to how the Taken change. She thinks we can chart the difference, and understand the will behind it.

I am afraid she may be right.