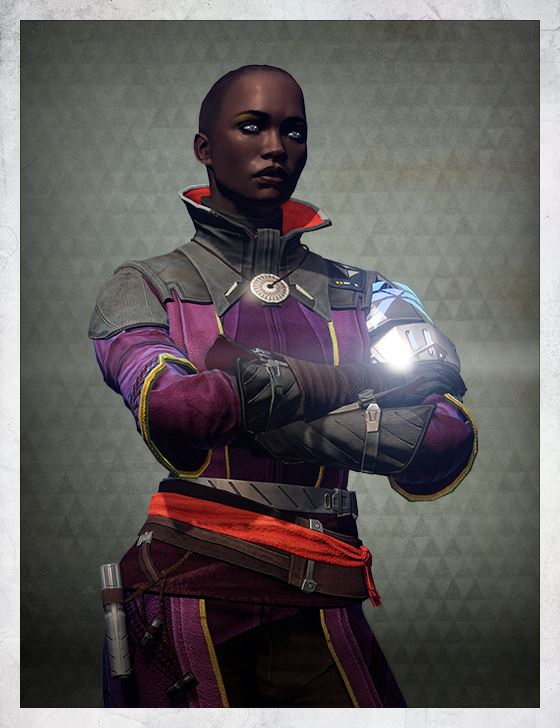 Ikora Rey
Ikora Rey's second life has been long and colorful. As an iconoclastic new Guardian, she made a reputation in the Crucible and in the halls of Warlock scholarship as an outspoken, unrelenting opponent with no patience for dogma or etiquette.

That reputation became a burden, and Ikora chose to travel alone, flying reconnaissance across the worlds of the inner solar system. Shot down again and again, she and her Ghost survived against all odds, apparently preferring the wilderness to the company of her fellow Guardians.

When Ikora finally returned to the City to rest, her hard-won knowledge and seasoned temperament commanded the respect of her fellow Warlocks. She now serves in the Vanguard as a mentor and leader, carrying the memory of her wandering days as a link to rising Guardians.