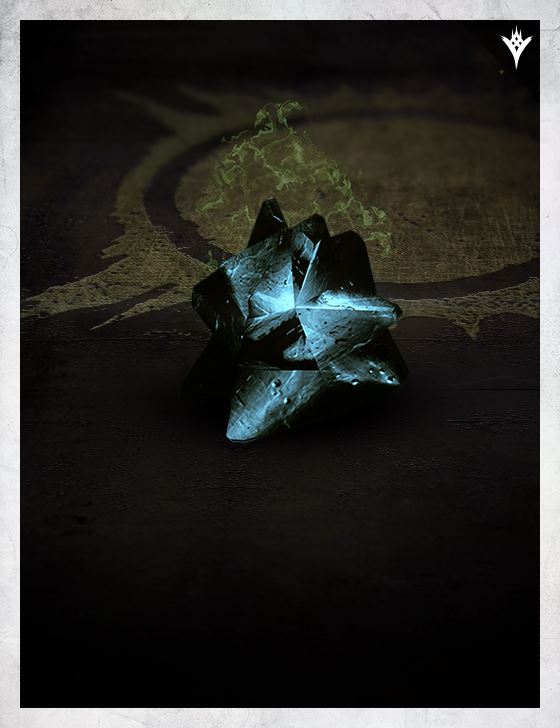 Verse 3:6 — star by star by star
Beneath a green fire sky, in the throne-world of King Auryx, our lords embrace.

We the Hive watch as Savathûn puts her arm around Xivu Arath, and Xivu Arath clasps forearms with Auryx, and Auryx takes Savathûn by the shoulder. They are huge, huge, and they burn with furious power. But this embrace is weakness and we despise it.

Never before have we despised our lords. Have they failed us? We the Hive have been driven back, world by world.

“I am at my end,” Savathûn says. “I plot and plan. But I cannot gather enough bloodshed to feed my worm. And the harder I try, the hungrier it becomes.”

“I slaughter and kill,” Xivu Arath says, “but the harder I fight, the more my worm demands. I too am at my end.”

“The Ecumene war angels have killed me so many times,” Auryx says, “that I dare not go out into the universe, lest I need my might to protect myself. My worm chews at my soul in hunger.”

Is this the end of our crusade? Are we the Hive unworthy to exist?

Xivu Arath puts down her great head. “We should retire and gather our strength.”

Savathûn closes her eyes in puzzled defeat. “We should beg the Worm our God to tell us what to do.”

But King Auryx, who knows best the beauty of the final shape, roars at them. “Have you learned nothing? Would you deny our purpose? Whatever we do, we will do by killing, by an act of war and might. That is the final arbiter we serve, that violent arbiter, and if we turn away from it we deserve to be eaten. No! We must obey our natures. We must be long-sighted, and cunning, and strong. We must take this gift the Worm our God has given us, this challenge, and find a way to keep existing!”

“I know,” says cunning Savathûn. “I know a way. But it won’t work unless we are killing the Ecumene by the billions. How can we beat them?”

“If we cannot beat their strengths,” says Xivu Arath, “we must infect their weaknesses. But they are lords of matter and physical law.”

“I know a way,” King Auryx says. “But it will require great power. More power than any one of us can claim.”

“Then kill me,” says Xivu Arath, “and use that killing logic, the power you prove by killing something as mighty as me.”

“And strangle me,” says Savathûn, holding a blade behind her back. “Use that killing logic, the cunning you prove by killing something as smart as me.”

But King Auryx turned with the speed and might of Xivu Arath, and beheaded Savathûn before she could move. King Auryx was the First Navigator, with the map of death.

These were true deaths, for they happened in the sword world.

Then he went to the Worm named Akka.