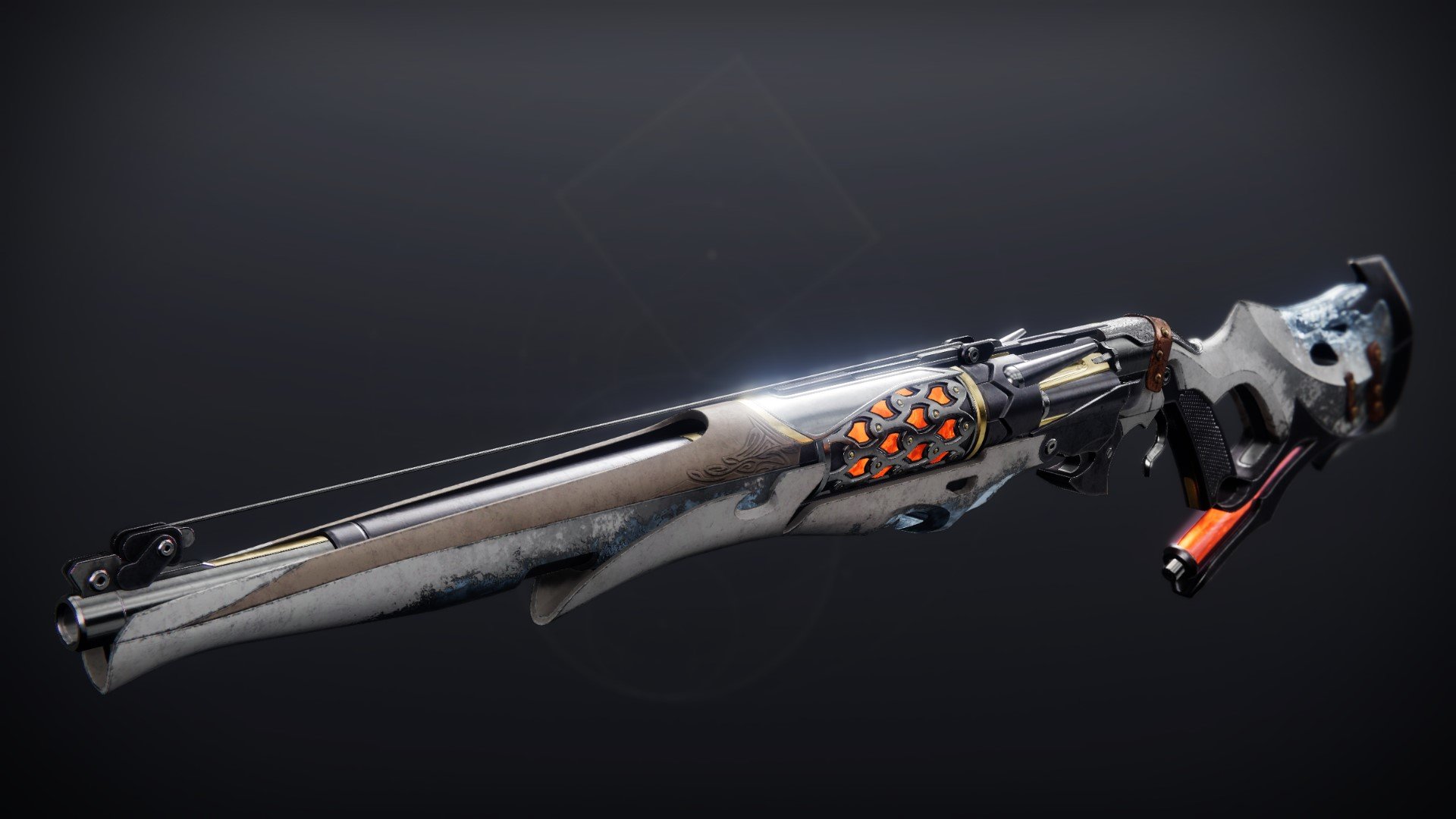 "The question becomes whether or not to fire, not where to aim." —Osiris

It was a trophy hunt.

One of Baron Spider's precious associates—the title he bestowed on those truly loyal to his cause—had vanished. Spider suspected treachery. He demanded Crow take to the field and come back with an answer; something Spider could use to encourage loyalty, he said. Something he could mount on his wall.

Crow had tracked the associate to an unexplored corner of the Tangled Shore, but when he finally crested the ridge, he saw exactly what he had expected.

The trail ended at a cryptolith, which jutted crudely from the dark basalt. The whispers of Xivu Arath had caught another of Spider's toadies—just like the last one, and the pair before that. But as Spider said, he wasn't interested in "mights and maybes." He demanded proof.

Crow knelt in the shadow of the cryptolith, the Lure already in his hands. There were recent Eliksni tracks in the fine blue sands; a dozen or so individuals. Nothing he couldn't handle.

He pulled a vial of condensed Ether from his belt and slotted it into the Lure. The concoction bubbled as it mixed with the soulfire inside the reservoir. Moisture beaded on the Lure's thin metal casing.

He drove the mount into a crack in the ground, adjusted the output, and watched as the thick pheromone mist rolled away from the Lure.

He waved Glint over and the pair headed to a rocky vantage point. He tinkered with the compression on his modified Shotgun, placed it across his lap, and prepared himself for the worst part: listening to the cryptolith broadcast its malignant sermon.

He felt the presence of the spire itch on his skin. Crow tried not to stare at the grotesque totem as it twisted and hummed, but he felt profoundly uncomfortable when its pulsing light was out of his sight. It was as if he was being hunted.

Crow adjusted his weapon sights again as his silent vigil continued. He felt the stress beginning to wear on him. Waves of throbbing pressure emanated from the tower. His eyes ached. He concentrated on his breathing.

Glint flew to a nearby boulder to scan an interesting patch of lichen and Crow closed his eyes, trying to quell the nausea building inside his head. Hushed whispers surrounded him. He felt as though something reached out and caressed his chest, just above his heart. The scent of perfume, soft and familiar…

A group of Eliksni Wrathborn were approaching the Lure. One among them wore the telltale quills of the House of Spider. Their movements were uncoordinated but had the troubling strength granted by subservience to Xivu Arath.

The Wrathborn came upon the cryptolith. They were distraught, ranting. Their fury was rising. They lifted their voices in harsh clicking speech and tore at the ground around the Lure with their otherworldly power.

One passed Crow's perch, and he could see it: cloudy eyes, slavering jaws, an aura of wrath shimmering around it like a heated haze. It charged toward the rest and its rhythmic howls of rage joined theirs.

"They're chanting," Glint whispered, his curiosity forcing him to peek at the growing horde. "The syntax is garbled, but I could translate—"

He looked down the sights of his weapon and started his work.