Categories
Added In
Season of the Worthy (2020.03.10)
Associated Items 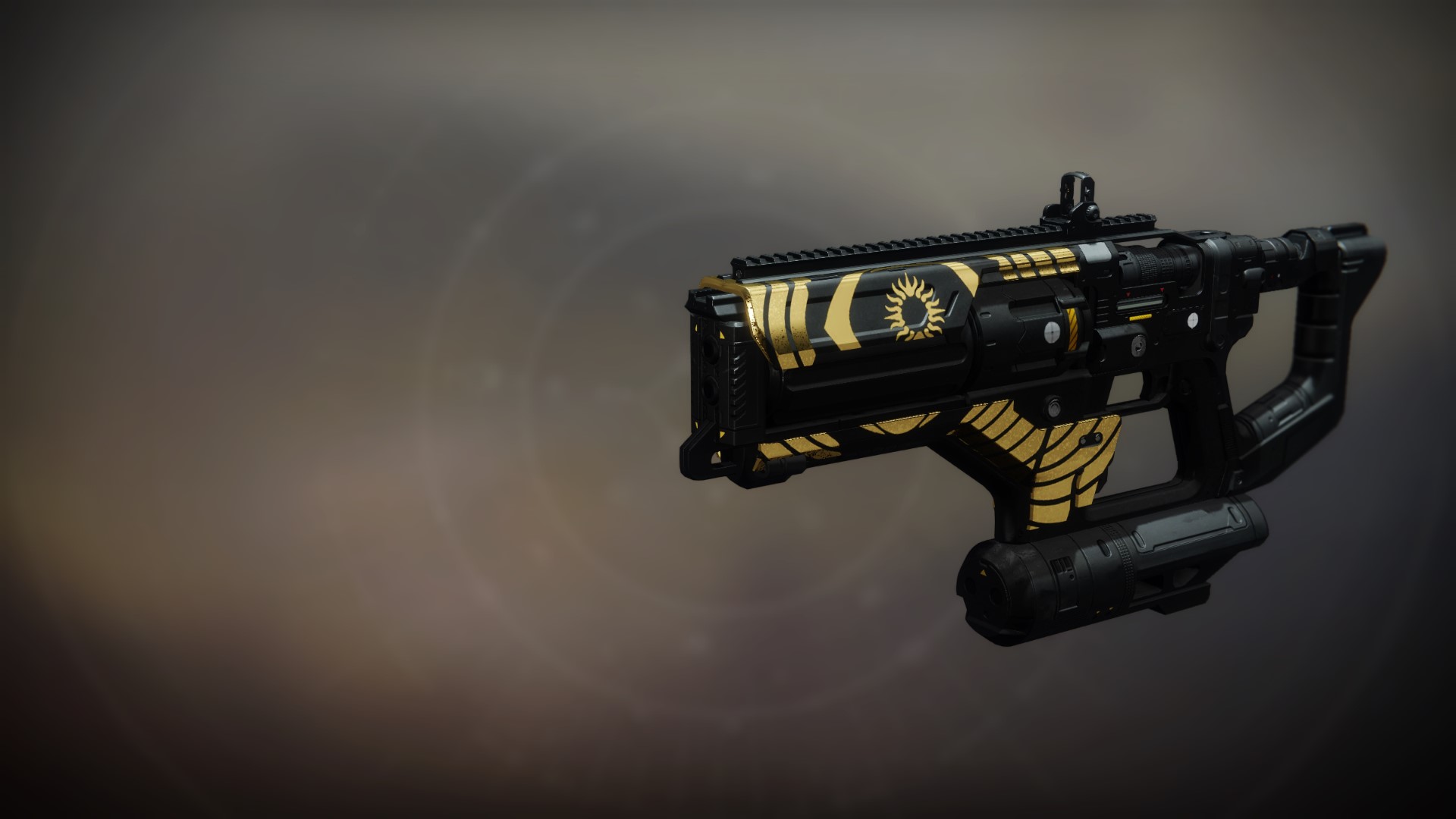 It's a blessing in disguise.

"Welcome to the Trials of Osiris!" Saint-14's booming voice rippled across the Shrine like an avalanche.

Katake felt fear wash over him as he advanced toward Pillar. He had heard stories of great and powerful Guardians using Trials as a proving ground, and now they had a legend challenging them to lead. A time for leaders, but that time was not his. He was far more inclined to rewards reaped from victories, and the security of the Reef. The future discarded both those sentiments with callous indignation. This was not a time to look to the future. This was a time to escape it.

"One of 'em's crossed… peeled off toward C-point." Crimiq-5 crackled over radio.

"I'm on it." Katake moved right to cut off the opposing team's flanking advance.

"You're out of my sight-line, Katake."

He met eyes with a flanking Titan barreling toward him, Shotgun in hand. Katake raised his Fusion Rifle, and it whirred to life. The noise carried, and the Titan leapt into a charged meteoritic eruption. Fusion energy ripped through the crackling bolt to no avail as it descended on him.

There was a sliver of his being left after the crash. A root, held on baited hook just below a placid screen. A chaos waiting to be returned to order. Somewhere, a Ghost hummed with patience. Soon the Light would fill Katake again and he would live.