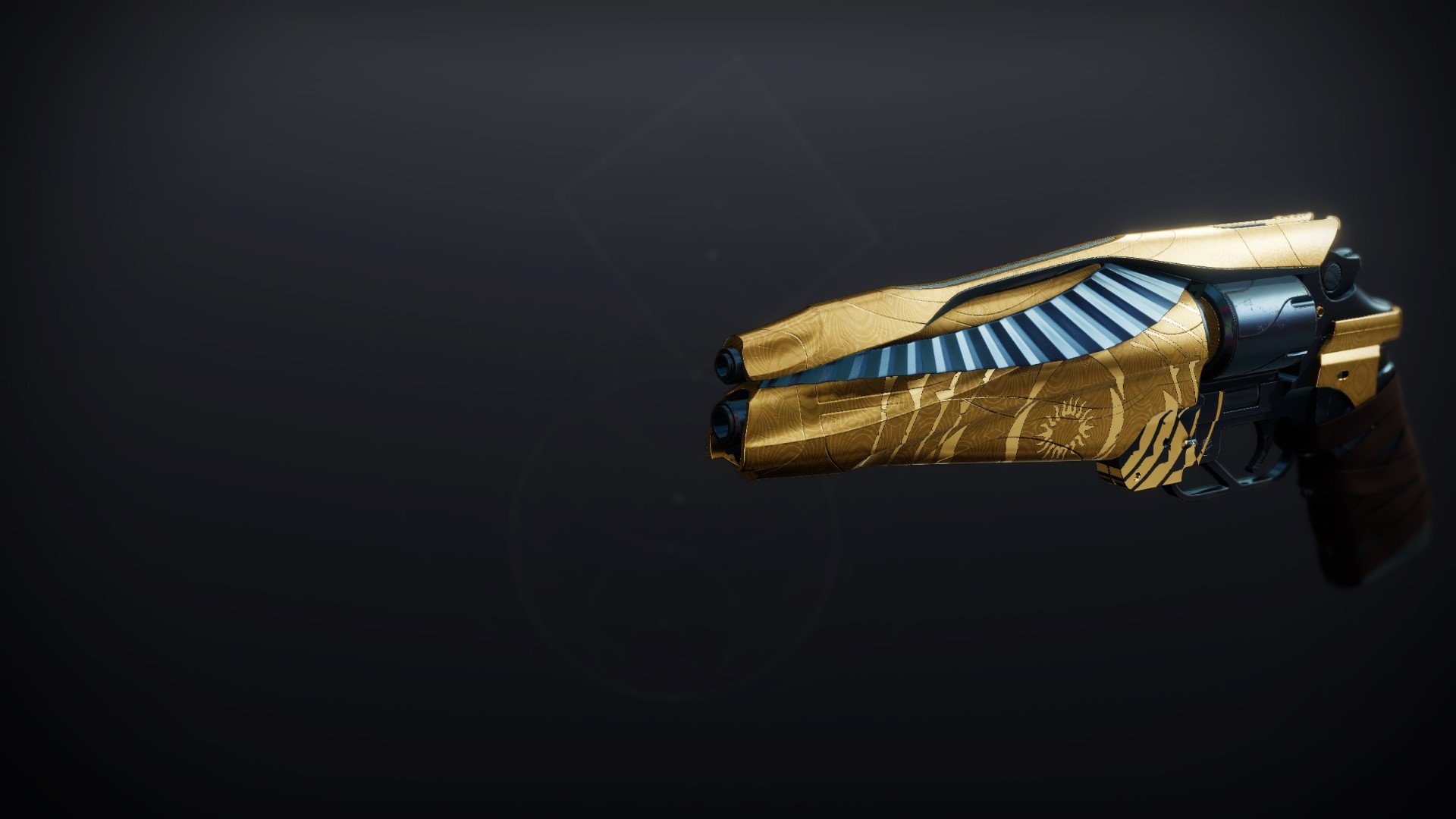 From the other side of the library, Aunor scowled. She was perhaps the most diligent of the Hidden, having dedicated herself to the unpleasant task of hunting down tainted Guardians. But that was precisely what worried Ikora. Each time they met, she seemed a little gaunter than before. A little testier. Was this crusade beginning to take a toll? Was it a mistake to give her another assignment instead of a vacation?

"I stand by my promise," Aunor snapped before transmatting out.

That had not alleviated Ikora's concerns one iota . She let out a sigh and rubbed her temples.

She couldn't dwell on it for long, however. The air crackled again. When Ikora opened her eyes, Saint was standing exactly where Aunor had been, moments ago. "Ikora Rey, I am sorry to come unannou—"

"How did you get in here?" she blurted. No one but the Hidden knew where her private library was. Or so she had thought.

The Exo stared at her, confused. "I—I transmatted," he said simply. He tried again. "I am sorry, but I must speak with you."

"No, I'm the one who should apologize. Please, sit." She hurried to clear the books piled around a pair of armchairs. "I got your message. It's unfortunate this has happened a second time."

Saint sat, his massive frame dwarfing the chair. "Unfortunate, yes. Disturbing too. I fear…" He paused, looking away. Out the window, the afternoon sun had turned golden and begun sinking in the sky. "In battle, I know what to do. There are no doubts. The Trials was the same. But now, I do not know."

"I understand. Sometimes, it feels like these incidents are designed to make us doubt everything, even our own abilities." Ikora sat beside him. "But there's no one I'd trust more to helm the Trials at a time like this."

"Not even the man they are named for?" Saint let out a sad laugh. "He does not wish to, in any case. I ask and right away, he says he is too busy to care. Told me to shut them down, if I was so tired."

"Well, he is busy. He's almost acting as a third Vanguard with this whole Cabal conflict. Perhaps after we come to terms with Caiatl…"

"You misunderstand. I am glad he is busy. Busy is good. It distracts him from his loss. But he is still…"

"No. Yes, but more than that." He shook his head in frustration. "When I told him about the incident, I thought he would worry, like me. Instead, he tells me to take notes next time. Said the data would be useful," he spat in disgust.

Ikora looked at Saint, expecting him to say more. When he didn't, she sat back in her seat, thinking. She wasn't exactly surprised. Osiris was an experimentalist , after all, and not a particularly sensitive one. And though this comment was certainly more callous than usual, she didn't understand Saint's concern. He seemed agitated, almost like he was angry at Osiris…

"That must've been upsetting to hear, after what you went through," she began slowly. Saint looked away, confirming her theory. "But I think his heart's in the right place. We know so little about the Darkness. More data would indeed be very useful."

Saint said nothing. The light through the window splashed orange across his helm.

"But," she pressed on, "We shouldn't endanger Guardians to get it. However Osiris feels about them now, the Trials started as a way to train fireteams, and they're going to stay that way." She stood, placing a hand on the Exo's shoulder. "I swear to you."

He nodded, eyes still fixed on the horizon. "Good."