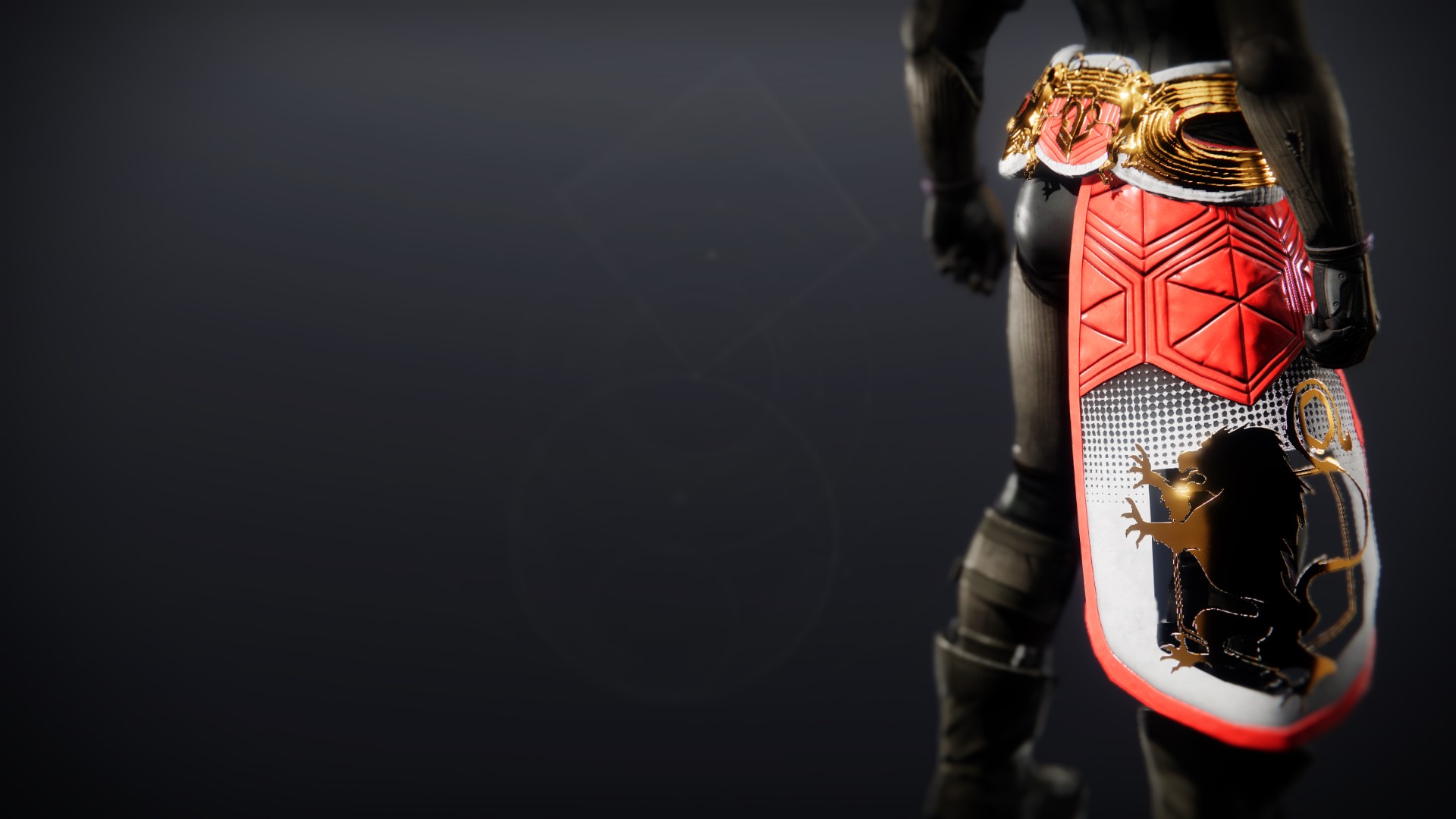 "With fists like those, who needs guns? Everyone else, that's who!" —Lord Shaxx

Prak'kesh sat on his Gray Hornet, parked in his usual spot at the base of the Tower. The former Guardian was holding a kimchi burrito purchased from a food cart with one hand while scrolling through Crucible results with the other. Guardian Games always brought an influx of bettors, and he needed to know which fireteams had the hot hands. It was shaping up as a banner year for gambling.

The bookie's hulking bodyguard, Tulnik, was leaning against the Tower, looking at Cabal pinups. The ex-Corsair clicked his tongue in warning. Prak'kesh's attention shifted from the burrito to a trio of enormous Titans lumbering toward them. A glob of kimchi plopped onto his fur vest.

The fireteam leader, a Sunbreaker, loomed over the bookie. "You, uh… you got something on your hair-shirt."

Prak'kesh tossed the remainder of the burrito over his shoulder, splattering the side of the Tower. "Yup. That's… alpaca." He crossed his arms over the stain. "What can I do for you?"

The Sentinel stepped forward. "We wanna bet on the Hunters to win the Games."

Prak'kesh's eyebrows shot up. "Really? Do I smell a fix coming in? This is huge." He leaned forward conspiratorially. "Zavala's not in on it… is he?"

The Titans glanced at each other in confusion. The Striker spoke up, "No. We want to bet on the Hunters."

The bookie frowned. "Yeah. You're betting on the Hunters because you're going to throw the matches." Their blank, helmeted stares prompted him to clarify, "I mean, your plan is to lose on purpose… right?"

"Yeah, we're much better at fighting," the Sentinel affirmed. "Hunters are always jumping around with their little knives, or hiding in smoke." He waved his arms around frantically. "But I just put up my wall, and then Tanishe punches them. Like, really hard."

"It's true," the Striker proclaimed earnestly. "I can punch super hard."

"So, your plan is to win," Prak'kesh clarified. The trio nodded emphatically. "Then why," the bookie asked slowly, "are you betting on the Hunters?"

The Sentinel scoffed. "Element of surprise, my man. They'll never see it coming." He and the Sunbreaker fist-bumped.

"But all bets are confidential," Prak'kesh explained.

"We wouldn't be here if we weren't confident," the Sunbreaker bragged.

Prak'kesh pinched the bridge of his nose. He was developing a headache. "I mean, all bets are secret. Nobody will know what you wagered."

"Obviously," the Sunbreaker condescended. "Wouldn't be a surprise if everybody knew."

The Sentinel tapped his massive finger to his temple. "See? Warlocks aren't the only ones who come up with clever centrifuges."

Prak'kesh threw his hands up in capitulation. "Fine, I'll take your bet." He pulled out his datapad. "But I want to be really clear: if the Titans win the Guardian Games, you're never gonna see this Glimmer again."

"There's more to life than Glimmer," said the Sunbreaker. "I can't wait to see the look on their stupid faces when they find out."

The bookie shrugged. "Then it's a deal. Good luck in the Games… I think."