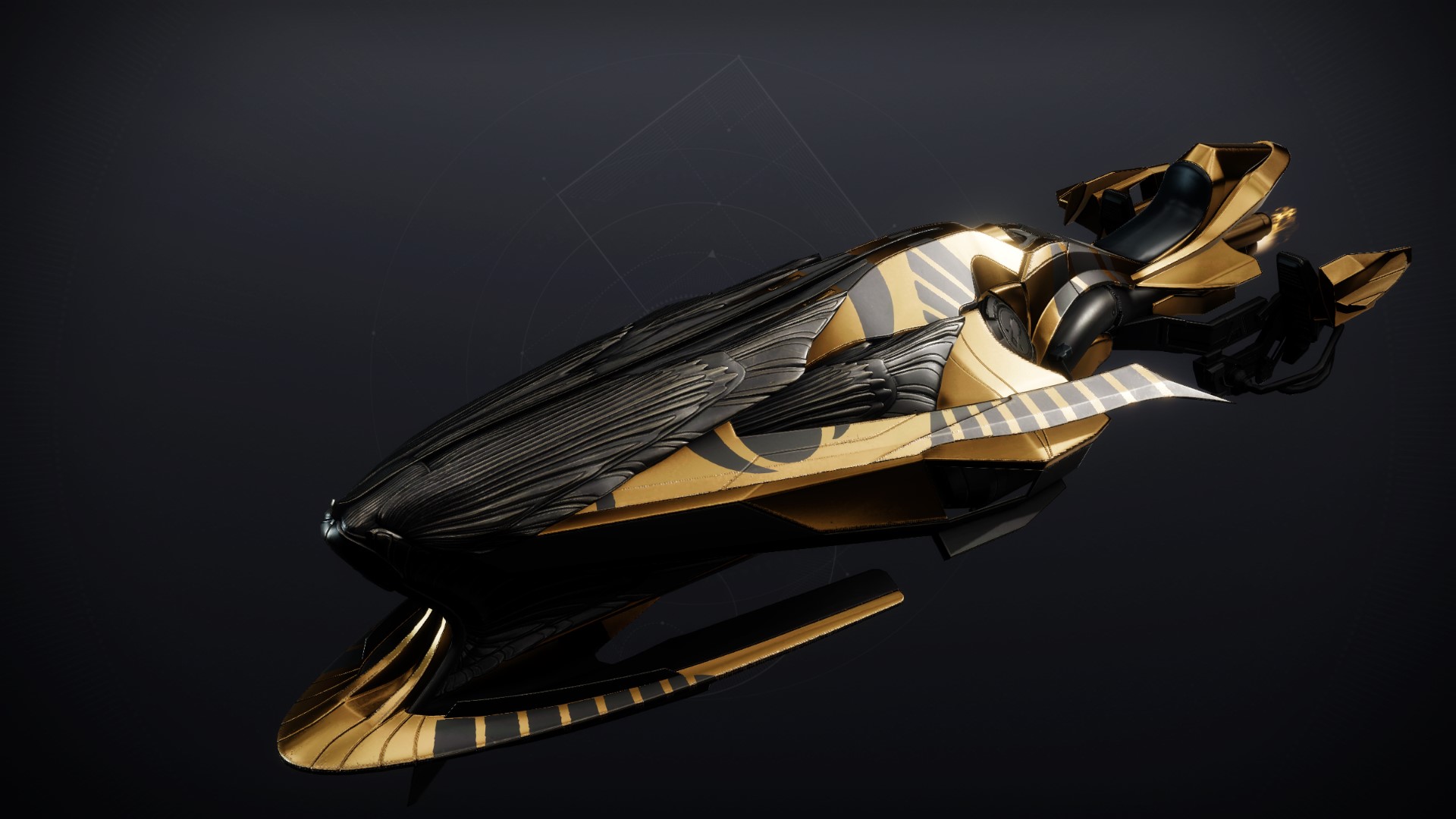 So fast you'll have to invent new barriers to break.

"Never bring her up to me again," Osiris hissed to the Exo Titan, his words carrying over the din of the bustling Hangar.

A dozen yards away, in the shadow of a jumpship, Crow and Holliday winced in unison. They had only just disembarked and would've stumbled directly into the dispute, if it hadn't been for Crow's reflexes. Thanks to his espionage work, his sixth sense for private conversations was beyond compare. It was nice to know that skill was just as useful at home as it was in the field.

Damn," Holliday murmured as they watched Osiris storm off. Crow looked at her, hoping for an explanation. Who was this Exo? Who was the "her" never to be mentioned? "I'll tell you later," she whispered, stepping out from their hiding spot.

"Holliday!" Crow sputtered. But it was too late. She was already at the Exo's side, placing a sympathetic hand on his shoulder.

He shuffled his feet, weighing his options. Even in the smoothest of circumstances, every new introduction was an occasion for anxiety. Not many Guardians wore masks in the Tower, and much as he wished he could join them, he knew what could happen if he showed his face. Still, the longer he wore the mask, the more conspicuous he felt. He was bound to raise someone's suspicions eventually.

Or perhaps not. The Exo was wearing a helmet, and Holliday seemed to accept it without question, as she had Crow's not too long ago.

Besides, what was more suspect: perpetually wearing a mask or skulking in the shadows? Crow ducked out from under the step, attempting to look casual. He approached just as Holliday was saying, "You'll let me know if I can haul a few bricks?"

He barely had time to wonder what they had been discussing when the Exo turned to him, thundering, "And who is this? You are skinny, but you move with power. You must be a Hunter."

Whatever perfectly innocuous greeting Crow had cued up flew right out of his head. Throat tight, he nodded mutely as Holliday slapped him on the back with a laugh.

"This is Crow. He's our intel guy on this whole Cabal thing," she said. "And Crow, this is Saint-14. He's… well, he's lots of things, but his main gig is running the Trials of Osiris."

For once, he was grateful for the mask. Otherwise, they might have noticed his surprise at the name. He'd heard before, of course—both here, where it was uttered in tones of admiration, and on the Tangled Shore, where it was spat in loathing. Neither seemed to fit the jovial Titan grasping his forearm.

His spy instincts saved him again. "Really? That's interesting," Crow remarked, returning the gesture with a little extra muscle. "I've only ever heard them referred to as the Trials. I had no idea Osiris was involved."

Saint pulled back with a chagrined chuckle. "He is involved with many important tasks. I help where I can."

"You do more than just help," Holliday corrected. "I hope the old man knows he owes you."

Crow looked to Saint. He'd never imagined that Osiris would owe anyone anything.

"Help carries no debt, friend. We must uplift each other without expecting a return. Except Banshee," he added, almost seeming to wink at them. "Who owes me Glimmer."

Crow laughed, utterly disarmed. He was surprised at how much he liked Saint. And how much he wanted to be liked in return. What could this affable character possibly have in common with an intimidating figure like Osiris?

Outside of his thoughts, he realized Holliday was talking. He tuned back in just as she said, "…things gotta be equitable. Don't you think?"

Suddenly, Saint's demeanor shifted. "I do not think so," he said soberly. "In battle, when your comrade stumbles, you carry them until they are strong again. Even if you, too, become wounded. This is only way to move forward…"

Something about his tone struck a chord in Crow. It occurred to him that Saint and Osiris must've known each other for a long time. What was it like, the assurance and ease of having someone else to watch your back like that? To fight side by side for the same cause? He ached to know.

"Always nice to talk, Miss Holliday. You too, skinny Crow," Saint quipped as he strode off.

Crow watched as the broad-shouldered Titan parted the crowd with ease. "Nice to meet you," he replied lamely, too late to be heard.

Holliday chuckled. Crow shot her a look. Now would she explain what was going on?

She shook her head. "It's a long story," she said, slinging her arm around his shoulder. "Which I will only tell over a round of drinks. On you this time, right?"