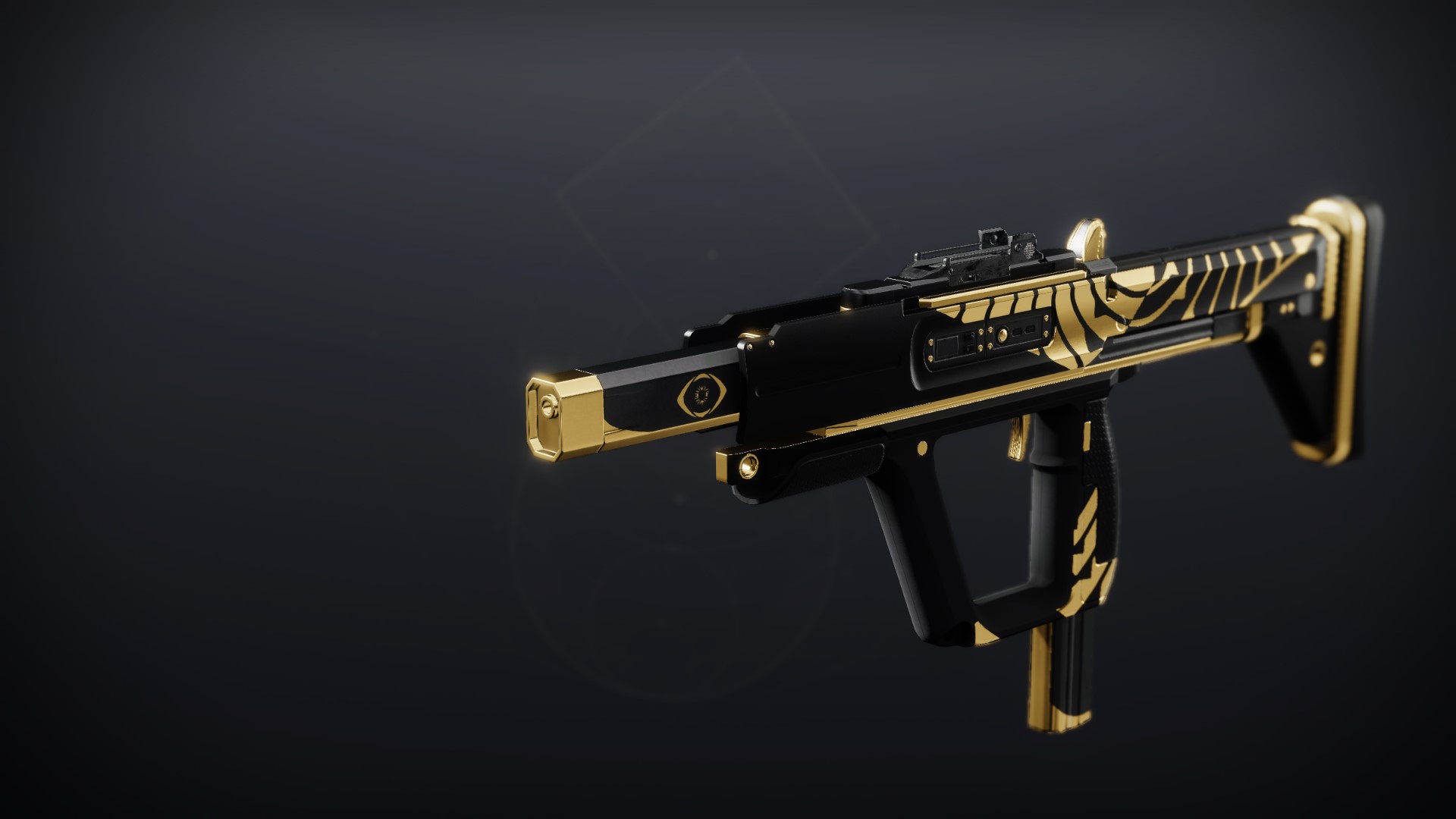 "But here you are. This is truly a beginning…" —Shin Malphur

A powerless Warsat drifts lifelessly through the void of space, traversing the brilliant yellow-green silhouette of Venus.

From the dimly lit cockpit of an NS66 Cloud Errant jumpship in geosynchronous orbit, Venus looks like an unblinking eye staring up from the dark of space, and the Warsat an unwelcome grain of sand within it. A Ghost reduced to little more than a bare sphere of metal, deprived of a shell, hovers in the corner of the cockpit, watching the Warsat track its path across lonely Venus.

"There are no sanctioned Vanguard operations on Venus at present," the Ghost clarifies, pivoting its cold blue eye up to its Guardian. "Why do you think he's down there?"

The Warlock Shayura reclines against her seat, the old leather creaking. Her attention is not on her Ghost, but rather the Human skull sitting in the middle of her command console. Its hollow eye sockets stare back at her.

"It hardly matters why he's there," Shayura indicates listlessly as she examines the skull's cheekbones. Her fingers graze the microfractures—an artifact of Shotgun pellet impact. "All that matters is we find him."

Shayura's Ghost looks away from her and focuses on Venus's soft glow in the dark.

"When will you be returning to Earth?" he asks.

Shayura doesn't vocalize a response, but instead blinks and reorients her glowing-eyed stare on the Ghost. It beeps softly, reconsidering the question.

"Will you?" the Ghost still wonders.

"No," Shayura answers flatly. "There is nothing to go back to. Everyone has either abandoned me or betrayed me. All I have left is the Traveler. And I do not need to be in the City to feel the Light." As she says that, Shayura lifts her hand and calls up a rolling curtain of flame from her palm.

"Praxic Fire guides me," Shayura says with the blaze reflecting in her eyes.

Hurrying up a shallow set of rubble-strewn steps, a short Eliksni bearing the crest of the House of Light pauses, gazing back at the chrome-armored Guardian moving up the steps behind him. The Eliksni looks the Guardian up and down, then motions to the stark silhouette of a gray concrete-block building rising up from the Venusian overgrowth.

"This ain't the academy proper," the Guardian says on ascent, watching the hazy sky for signs of danger. Moisture clings in glistening beads to his reflective mask; his dark hood shields him from the rest of the elements. "The hell was this place?"

The Eliksni tilts his head to the side, four eyes blinking independently from one another. "Not Human, don't know. But machine inside."

"Why aren't your people bringing it back? Don't you folks get promotions for finding good salvage or something?" the Guardian asks, gesturing to the crumbling building.

The Eliksni once again tilts his head, expression opaque. "You listen to the Spider's sneak-words too eagerly. Come, we have a long walk to—" The Eliksni's words are cut off, garbled in a wet scream as he is perforated by a barrage of Submachine Gun fire.

The Guardian turns, cloak swirling behind him and Hand Cannon at the ready. But it isn't Vex or Fallen descending from the high cliffs—it's a Guardian in black and gold armor gliding to the ground, smoke issuing from the muzzle of her SMG. Shayura's boots lightly touch the leaf-strewn plaza, her eyeless mask fixed on the chrome-clad Hunter.

"He wasn't a combatant!" the Hunter shouts.

Shayura slowly approaches the Guardian. "Did you find him within the hem of Eramis's skirt? Or did you swear yourself to the Darkness after her passing?"

The Hunter backs away, up the stairs, Hand Cannon trained on Shayura. He recognizes her armor for what it is—a reward of the Trials. "I know you…" His voice quavers. "You shouldn't be here. When did the Vanguard let you out?"

"They didn't. I let myself out since they were too busy opening the gates for our enemies," Shayura indicates, motioning with the barrel of her SMG to the dead Eliksni. "But, you know why I'm here ."

"I know you're a few rounds short of a full clip," the Guardian quips back, making a flippant gesture with his Hand Cannon. In that moment of distraction, Shayura shoots him six times in two short bursts.

The Guardian collapses, his gun tumbling down the steps. A moment later, his Ghost materializes, shell flared in anger. "What are you doing?! We—"

Shayura moves like a lightning bolt, materializing beside the Ghost with an upward flourish of a sword of raw Praxic Fire. The Ghost looses a howling scream of horror as he shatters into a flurry of glittering pieces.

Crumpled on the stairs, the Hunter coughs, his throat damp with blood. Shayura pulls her attention away from the shattered Ghost, training her SMG down at her quarry. "Traitor," she says in a shaky, gasping breath fueled by adrenaline.

The Hunter laughs, gagging on his own blood as he does. "You're no better than the Dredgen ," he says, in pain. Then, even quieter, "…or Malphur ."

"I killed an agent of the Darkness," Shayura says, and the Hunter has no rebuttal this time. He is still.

Bile rises in the back of Shayura's throat.

"They come in many forms."

Shadow on a Wall