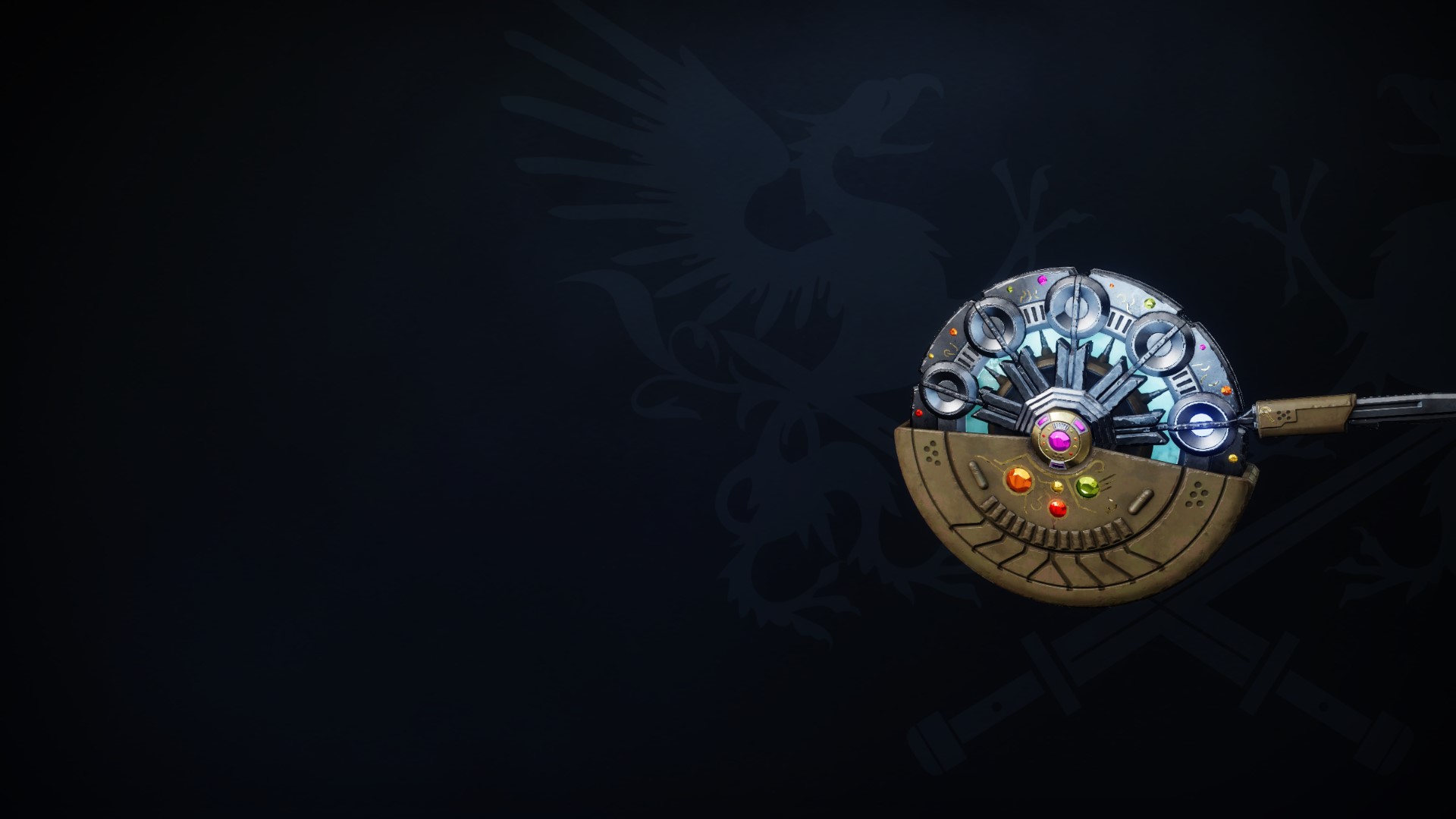 An Eliksni spacefaring mainstay, capable of opening many doors.

[The Cryptarchy's requested report follows, as well as a regrettable addendum.]

The Skeleton Key is a relatively sophisticated piece of Eliksni technology from the period immediately preceding the Whirlwind. The Key was built to interface with a surprising array of tech (via an adaptable resonance-matching behavior reminiscent of some known Golden Age systems), making it invaluable to Eliksni pirates and other spacefaring ne'er-do-wells. With some optimization, it could even be used to enhance certain pieces of armor and weapons of Eliksni manufacture.

In all, an intriguing item indeed.

Now I would be remiss if I did not mention that this report would have been completed sooner had there not been repeated interference from a certain individual to whom I shall refer only as "Mr. D—."

The item in question was repeatedly removed from secure Vanguard premises by Mr. D—, who was later witnessed using the Skeleton Key to interface with several mechanisms in the Annex, including a discontinued power generator, a deciphering core, and several appliances used in the preparation of food.

When confronted, Mr. D— replied that he wished to "goose [them]" and showed no interest in following the proper channels for access to restricted Cryptarchy technology.

When I later personally brought Mr. D— the first sheaf of the necessary paperwork, he reacted with a series of gestures that are considered obscene across three different cultures.

I was rudely instructed to "take it easy," referred to as his "brother," plied with various illicit refreshments, and when I rebuffed all attempts to placate me, he suggested we "settle this in Gambit"—an invitation I vehemently declined.

Needless to say, I will be filing another complaint against Mr. D— with Ikora once she has restored my access to the grievance systems.