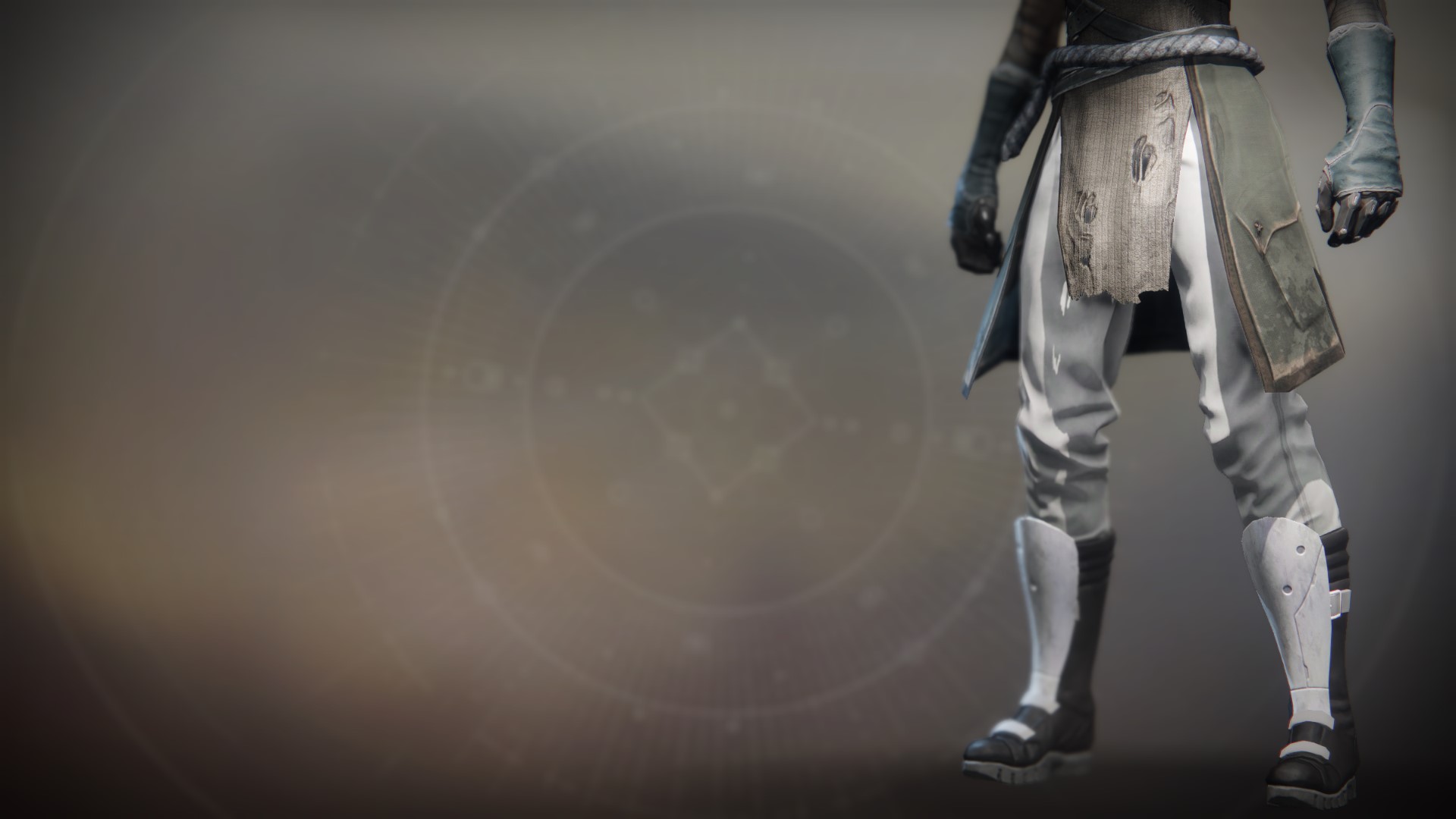 Time flies with the speed of birds on their way out of winter.

Serrano laughed as he walked, listening to Cayde-6 on his headset. The Exo was bragging about a distraction he'd used on a Cabal that involved—did he hear that right? A chicken? And more than once? Seemed the Red Legion had weaknesses, and some of them were odd.

The story took his mind off his aching legs. His ship had blown up miles outside the City, but he finally saw the Tower coming into view. He was deep into a daydream about napping when he heard a crash up ahead.

Serrano picked up speed as he approached a curve in the road, and when he rounded it, he saw the dust cloud first. As it cleared, he saw the overturned Sparrow and, worse, the Guardian underneath it. His heart sank as he ran toward them, but as he got closer, he could tell it was too late. He touched the Guardian's shoulders, bowing his head for a moment.

His gaze turned to the Sparrow. A guilty pang made him hesitate, but this Guardian didn't need it anymore. He righted it and climbed on.

Flying fast around a curve, Serrano spotted a troop of Cabal firing and closing in on an encampment. The cowering civilians managed to get a couple good shots against the invaders as he watched, but they wouldn't get enough before the Cabal surrounded them.

Then he saw the Incendior among the beasts. That was the answer.

Serrano turned the Sparrow, aiming straight for the flamethrower in the Cabal's oversized hands and cranking the thrust.

He had just enough time to appreciate the surprised Incendior's face.