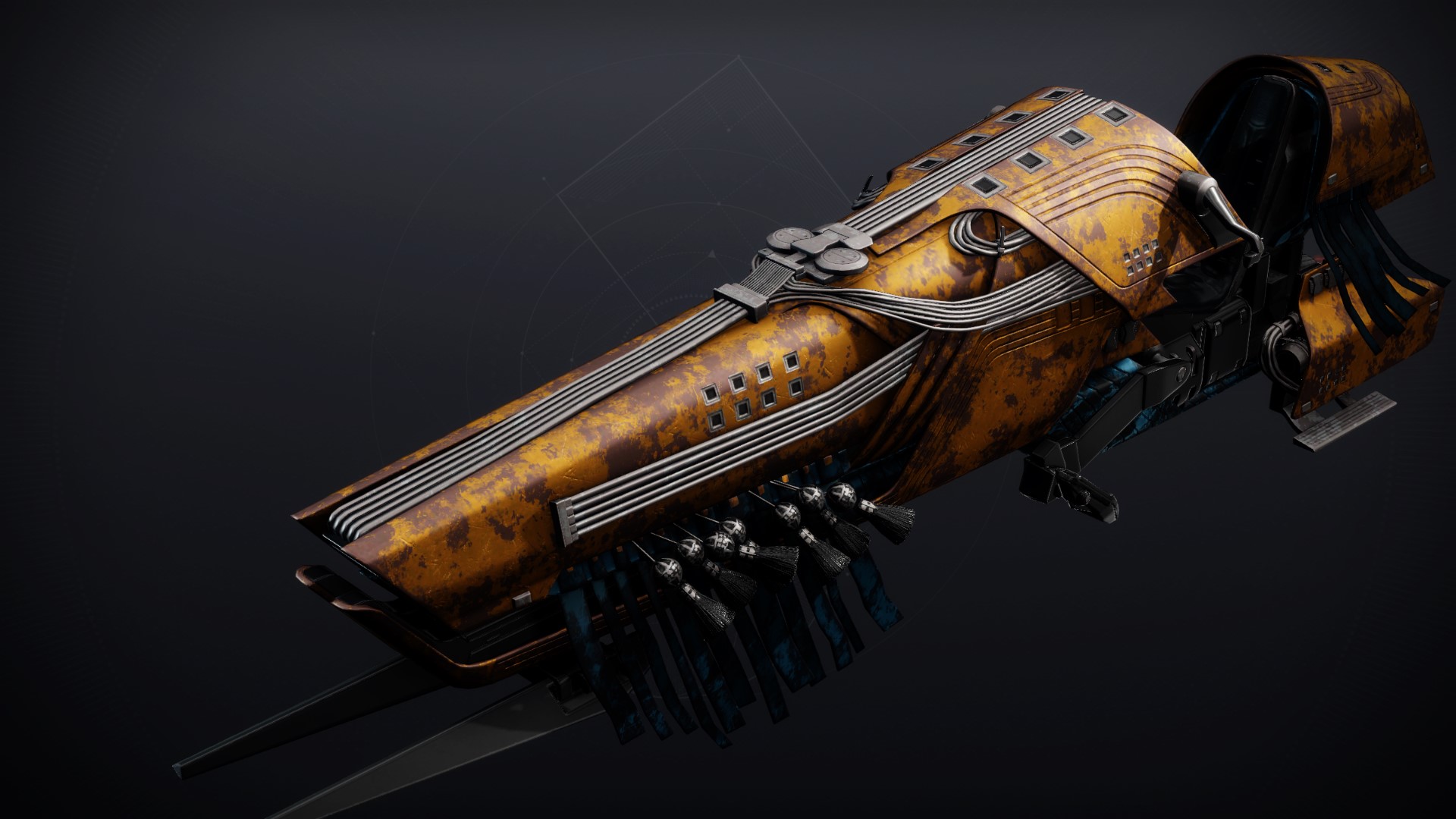 Life is too short to waste on a slow ride.

"What if it's a trap?" Glint drifts in a shaky 360 around Crow as he strides into a grassy corridor between two rusted-out warehouses. "This is old Devils' territory. Our friend may have freed us, fair and square, but if the Spider wanted to nab you…"

"He would've done it long ago." Crow's voice is steady as his eyes dart from shadow to shadow. "Besides, how could it be a trap if they don't know I'm com—"

A laser shot zips past his nose. Above on one of the rooftops, a gravelly voice shouts in Eliksni. Crow obeys, raising his hands in the air while Glint transmats out of the way.

"I'm looking for some fine yaviirsi figs," Crow calls out over the electric hum of multiple sniper-sights settling on his body. Did they hear him? "Figs!" he shouts louder.

One by one, the sights vanish. Then, to his right, metal scrapes as a makeshift door is pulled aside to reveal a familiar insect-like face.

"Avrok," Crow says and lowers his hands. "You've been promoted."

In no mood for pleasantries, the Eliksni grunts and steps back into the warehouse. Crow follows him in, pulling the door shut behind him.

"What are the odds on the newly arrived empress?" he asks, blinking rapidly. It's dark; all he can see is Avrok's outline, sitting on a crate, surrounded by massive motionless shapes. "Surely there's an outright on her getting Commander Zavala to bend the knee."

"Don't worry, I've brought you something shiny from my nest." Crow holds up a cube of Glimmer, its blue light illuminating piles of collateral stacked along the walls. "As have your friends from the former Red Legion, I see."

One particularly pretty prize gleams in the corner: a Sparrow, svelte and burnished bronze. Crow strolls over to admire it.

"Beautiful machine," his associate agrees out loud. "Val Ma'rag wagers he will be first on the empress's War Council."

There's a small flash of light as Glint reemerges for a closer look. "Betting on himself," Glint says. "That's the Cabal for you."

Crow crouches to examine the fringe lining the Sparrow's snout. "Never hurts to have a little extra motivation," he murmurs.

He stands and turns to Avrok. "I'll follow his lead. If Val Ma'rag lands himself a seat, he can have my bucket of bolts too. But if we disrupt his Rite of Proving, well, naturally…"

The Fallen barks out a laugh. "A bold bet! The Spider was wrong to let you go. Vigorish is seven percent."

Ignoring him, Avrok gestures to an empty space. "Leave your little transport there. Now, we discuss the book ."

"I can't believe you're gambling your Sparrow," Glint mutters once Avrok is out of earshot. "You hate walking long distances."

VII: Time Is a Fabric