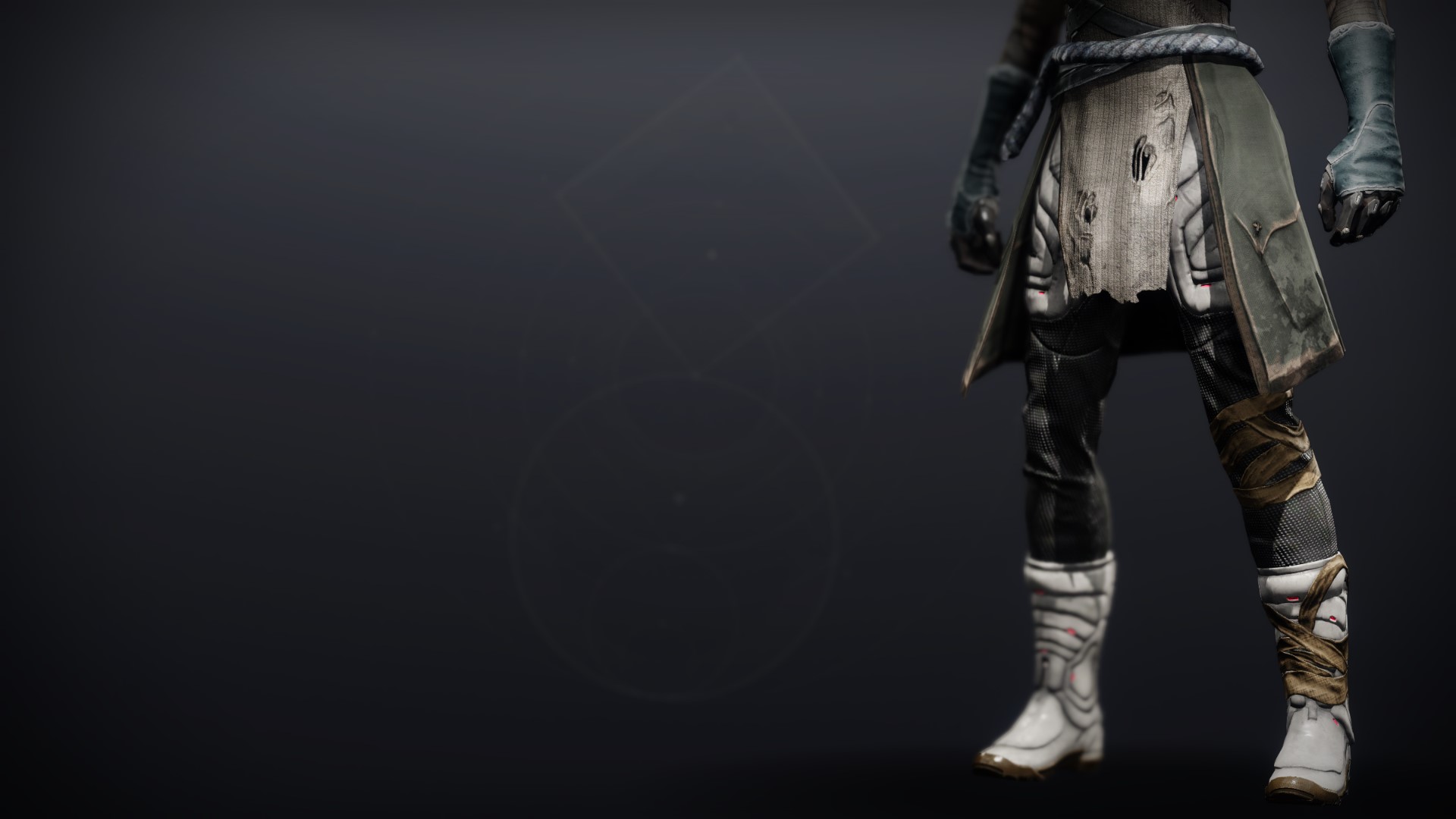 In the middle of the chaos, a lone metallic structure groaned as Trihn stood in deathly quiet, piecing together the sequence of events. The structure's form was slender, shapely, and one she had not seen before. It bent in lines that were lost within each other's paths; interconnected without sacrificing distinction. It drew her in. Trihn stepped forward and ungloved her hand. She pressed her palm to the onyx-colored metal spires. Something quivered within, and came alive.

"What are you?" she would ask, over the concerned interjections of her Ghost. The Answer, it would reply to her, alone. At least, the first time. The day had drawn long into the night and she had left the cavity, paced in the encampment, and returned many times to the onyx spires. She would prod. It would weave the riposte. Power, in many shapes. Purpose. Time. Meaning. Any trait the ambitious could muster, it would ennoble with standing. It would taper the meat. Lean the fat. Deglaze the waste to flavor the cut. A protean horror of trim. It struck awe. Glory incarnate, made tangible within the beholder.

That night she dreamed of the pit. If this living metal thing could lead her to Driksys, the way forward was clear. Shakto said it was taller now. A head above its previous size. She had thought that metal does not grow; it is only reshaped or reduced, but upon reflection, had come to accept aggregation was growth. Trihn returned with tools retrieved from her Pike: some gifts, some collected from marks that no longer needed them, all worn from extended use. Dilution fluid ransacked from the parked Pikes would steady the process. Three canisters of Ether swiped from the encampment dangled around her neck in a makeshift sling while the rest were left stowed in her vehicle's saddlebags. Shakto didn't need to warn her of the danger. It had killed her before. Her first victory, her first reward. It would give her the strength. It would focus her mind. The Ghost would await her return above ground.

She laid the tools before the spindled onyx structure.

Fine silk rolled in soft leather kept them from the dirt.

Wiped clean with oil and cloth.

Prepared Light to staunch her invigoration should it turn grisly.

Capped line with a fine and untarnished gold barb.

Pinched skin at the thigh beneath fresh wraps.

Cold prickling stung her veins. Muscles tensed and bulged against the sheaths of Light she had bound them in to keep from bursting. Her bones creaked under Ether-bolstered thew. She licked away flavor from her lips, exhalent tinged of briny nitrogen, and shivered. As her body stabilized and the tremors climbed, Trihn's head reflexively craned upward and outstretched her neck. Her mind electrified. Her spine bent at the brim of buckling.